First off I apologize for missing last week, but given the tragic events I felt it necessary to take a bit of time.

Now moving on to this week. I am not sure that I have had this many crew members so unfocused this late in the season. We seem to be shooting ourselves in the foot time and time again for no apparent reason. It is abundantly clear to me that some of this crew do not have their heads in the game, and this our most important guest to date, Mr. Dean Slover.

I really enjoy having Dean and his guests on board, because while demanding he may be, you always know exactly where you stand and what you have to do with Dean. For me that make my job much easier, but for the life of me I don’t understand why all of the crew doesn’t get that. So on that note, lets get started.

Kelley, you did not have a stellar week this week. The deal with the tender was a rookie mistake.

Preview
Captain Lee to the Rescue! 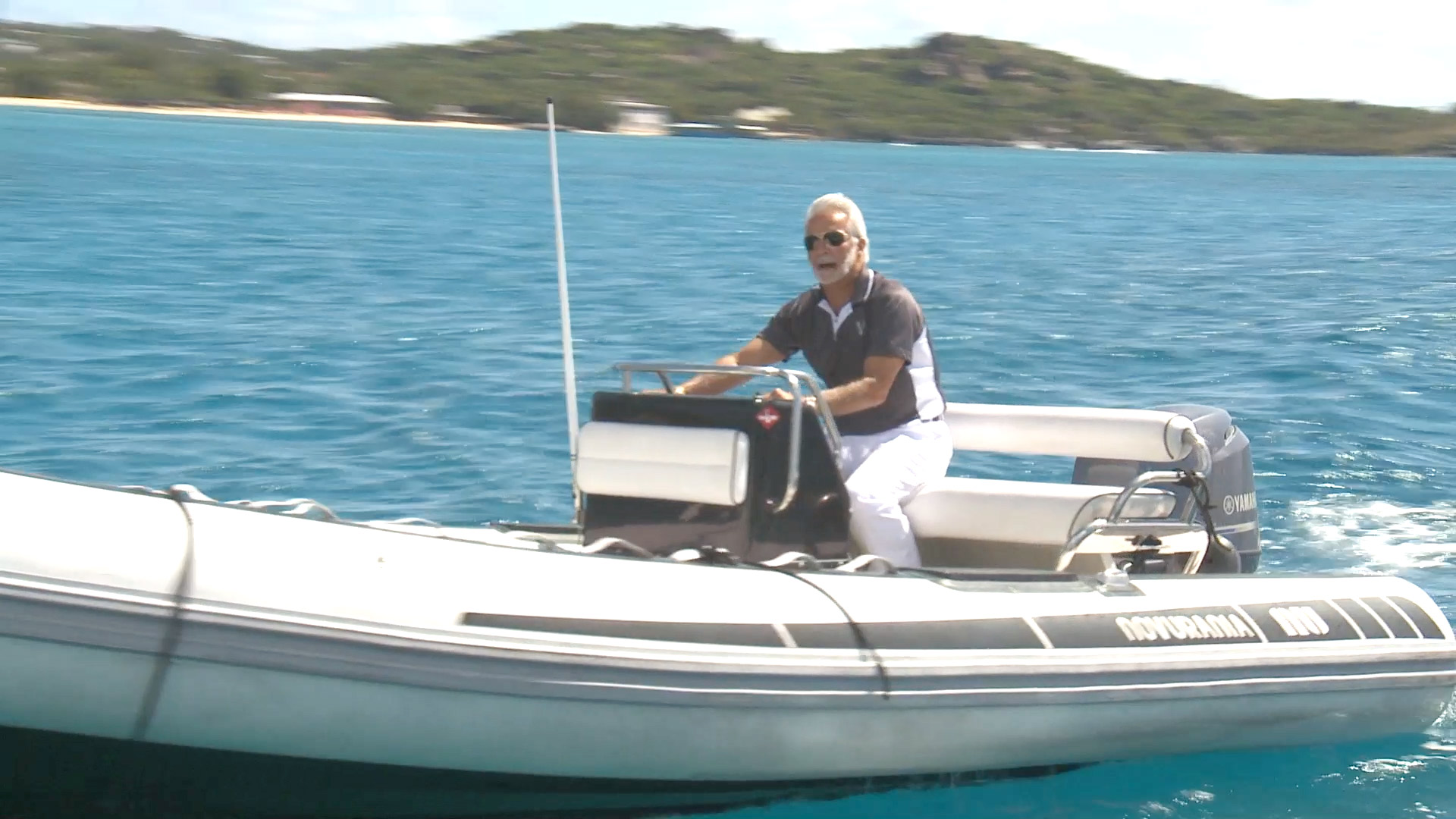 Everyone knows that when you pull in for transient docking, you leave the keys with the boat, just in case the dock master needs to move it. Nico, you should have known that as well given all the experience you have had. Kelley, I feel that you may have been trying too hard to succeed and it was causing you problems. There are times when you just need a bit of assistance to get over the hump, so that is why I gave Nico the responsibility of Senior Deckhand, to ease some of the burden on you. It was, as well, to see if Nico would stop some of his childish behavior and step up his game if he got some more responsibility. Listening to Lauren in his ear is not doing him any favors, but he doesn’t seem to have realized that yet, so we will see how it all plays out. Oh, nice job on the apology ditty for Dean, you and Nico pulled it off. Well done the both of you. Bet that latex hurt though. 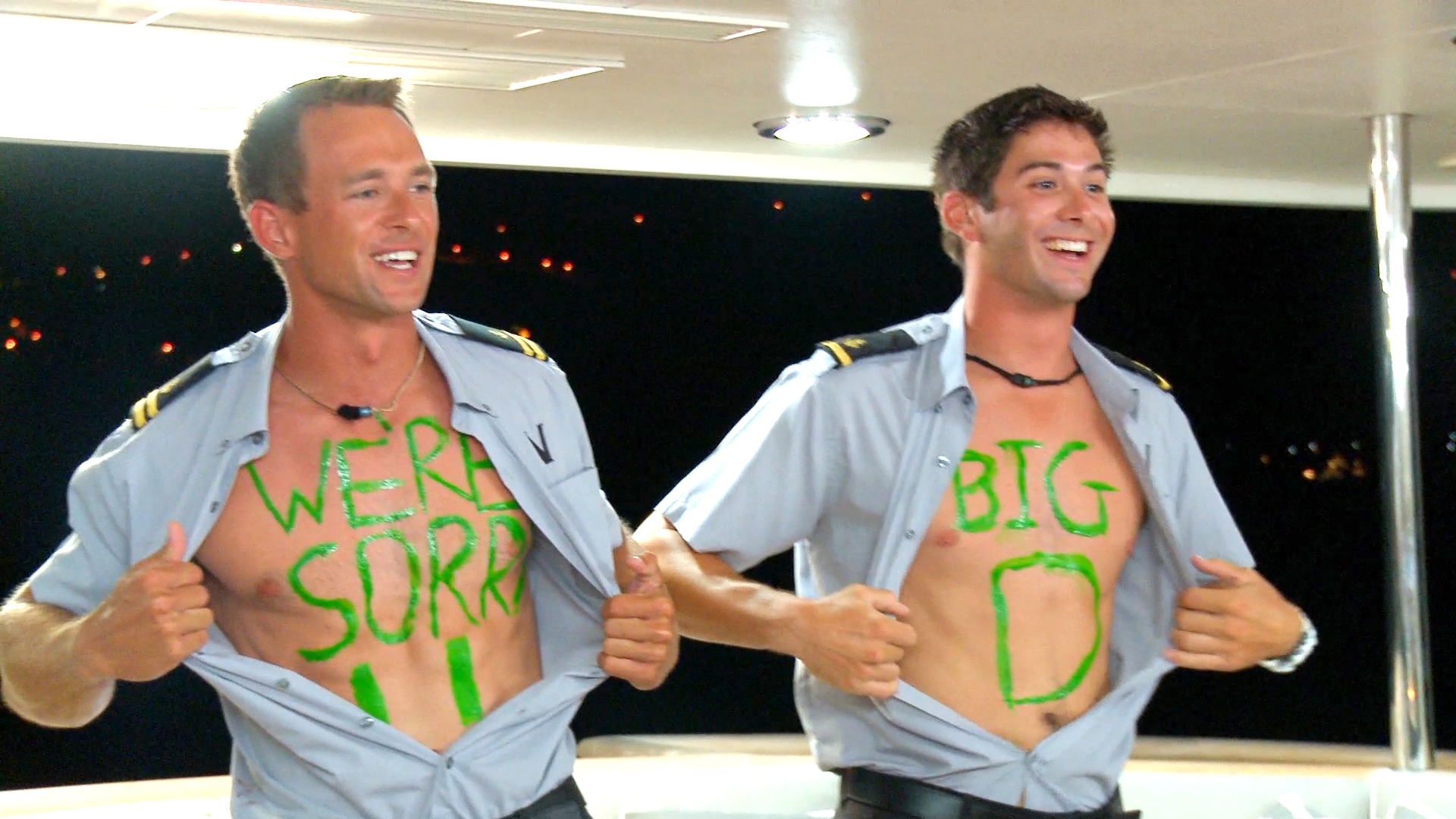 Speaking of Lauren, how is it you got the whole promotion thing f---ed up? And why do you think it is your responsibility to run around the boat spreading misinformation. You are at the lowest spot on the ladder, you should be doing your job, and keeping your mouth shut. But you just can’t resist can you? As soon as you’re done stirring the pot about Nico’s promotion, you insert yourself into the interior crew’s affairs as well. And to top it off, after your superior admonishes you for gossiping, what do you do? You go straight back to Nico and try and toss Kelley under the bus. My, but aren’t you the one women wrecking crew? Spend more time doing your job, and less time talking about everyone else and we might have a few less issues on board without you stoking everyone’s fires.

Kyle, I am confused. Who isn’t the love of your life? I have watched you espouse how Sierra was the one woman that you were smitten with when you first got on board. Then we had your child’s mother come into the picture, and then Ashley, with whom you have had a relationship with for all of those two years. I just don’t get it. I wonder what may have happened if you and Sierra had hit it off. Where would that have left the “love of your life”? I think you must have been very good at juggling, sir. You are one of the ones that I wish would shelve their personal life and get on with your job, seeing that you can’t quite handle both at the same time. 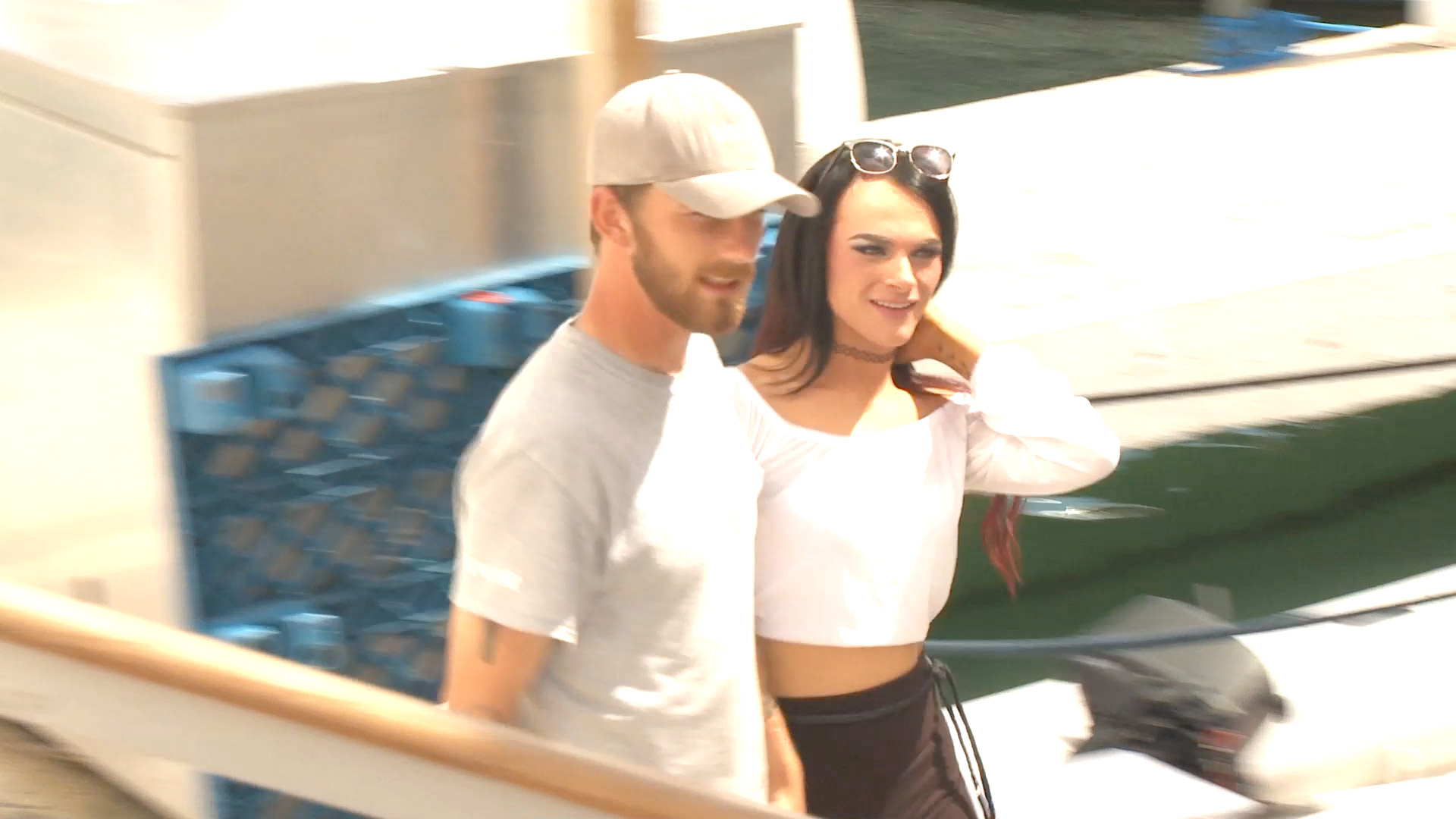 Emily, you had an up and down week as far as I can see. I do feel that you are letting your relationship with Ben interfere with your duties. When Kate went on break, all you had to do was make sure that service was taken care of. But when I called for you on the radio, no reply, because you were chatting and giggling with Ben, so I had to take Kate’s break away to do your job. The yacht is not the setting for the dating game at all. One other thing, I did feel that your assessment of Ashley was a bit on the snobbish side and uncalled for. That didn’t become you at all. You’re a strong girl and I wouldn’t want to see you get side tracked and lose sight of why you’re there and what your position is. You’re much too bright for that.

Nico, it was hard for me to believe that you just dumped the whole tender thing on Kelley. I always thought that we operated as a team, and worked together. A deckhand with your experience should have known that you leave the keys with the tender and while the light went on that the keys were in your possession, it was much too little and way too late. You thought that Kelley shouldn’t have called me. Let’s see, 40 minutes to come and get the keys, 40 minutes back, and 40 minutes to go pick up Dean. That’s an extra 2 hours. And I had them picked up in less than an hour. Kelley made the right call; I’m surprised you didn’t see that. Now that you have a little responsibility you seem to be stepping up your game and I give you credit for that. I would have loved to see that game of yours a bit earlier to make everything easier on the team. But you do have skills and I’m glad to see them coming to the surface, sir. Keep up the good start I see happening. 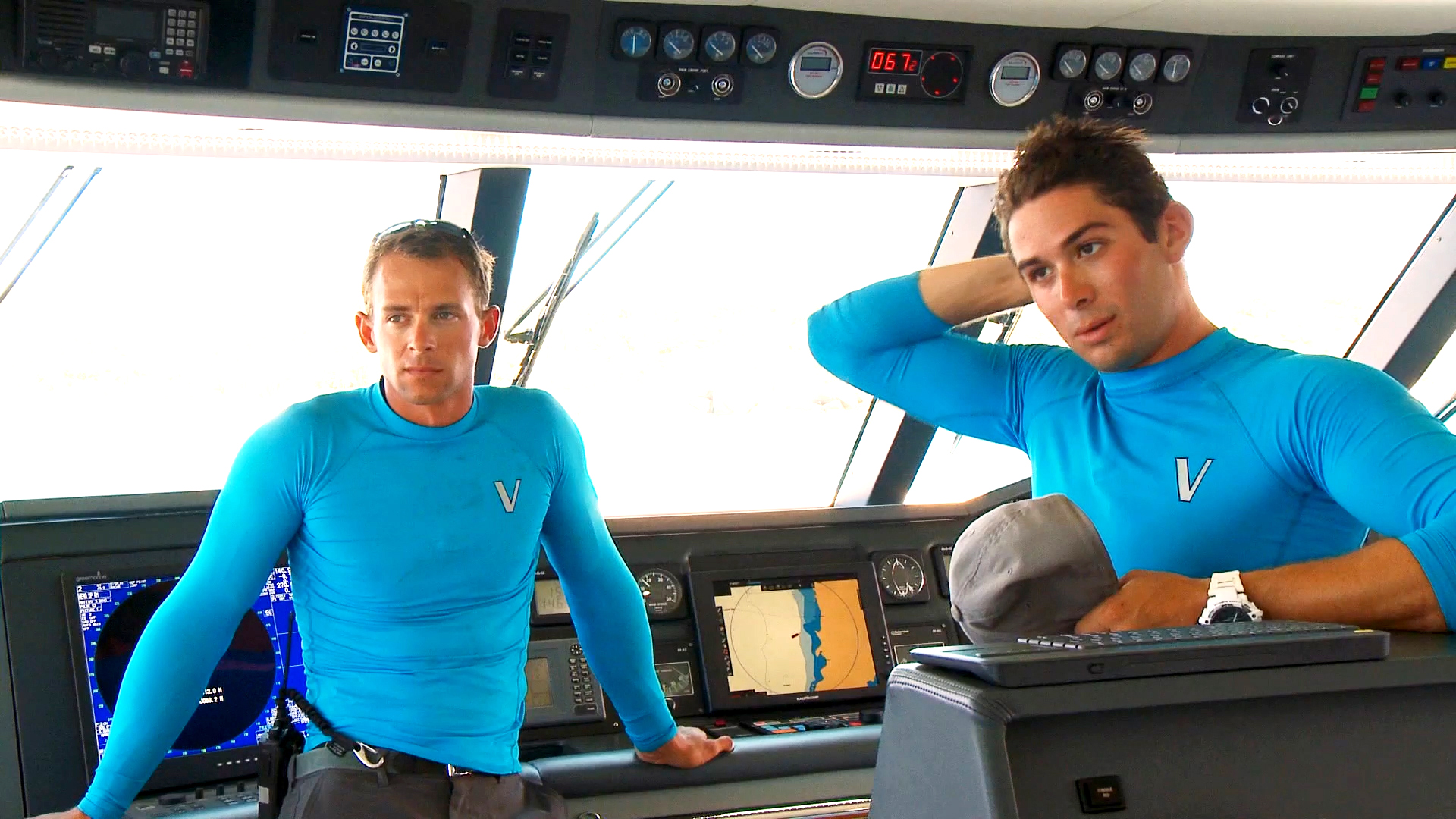 Ben, you still are amazing me. You have some of the best culinary skills of anyone I have ever worked with. I was a bit surprised at your mistake with the broth and the ice. Not like you, which makes me think that your head isn’t entirely in the game here. You can tell Em what’s for dinner, but not Kate because you’re trying to get a carrot cake in the oven. You can do that in your sleep. I think that you would be better served by you doing your job to the best of your ability, and letting Em do hers and woo her on your off time. A time and a place for everything, Ben. But you do get the best line of the night for when you blurted out, “You want to come stay in a hotel with me,” right out of nowhere. Now that to me sounded like something the spider would say to the fly. You killed me with that one Ben. Kate gets second best line with Bemily. Loved that one as well.

Sierra, you seemed to be staying above the fray this week, and I’m sure that wasn’t as easy as it appeared to be. But all in all I thought you had a good week.

Kate, it was a tough week, but I thought you handled it well. I was surprised that you didn’t come down on Em a bit more for not responding to the radio when I called, but she has been doing a good job up to this point, so I can see where you gave her the benefit of the doubt. Also, dealing with the flowers that looked like they were straight out of a Godfather movie was done well. They should not have been on board while we were on charter. Just got in the way. Thanks for not making them the issue Ben did.
OK mates, that about wraps it up for me. I do have the feeling that this last charter may not be as smooth as I would like it to be, judging from what I see in the previews. It should be the easiest; we are on the last one, that usually puts everyone in a good mood, including me, but it appears that we may have some rough waters ahead. So until next time may you have the wind at your back and calm seas beneath your keel.
And one last thing before I go. I would like to extend my heartfelt condolences to Nico and his family on the loss of their beloved Tristen. I have no words, just sorry. Please keep them in your hearts and prayers.

What's the Real Reason Rhylee Gerber Can't Sit at the Same Table With the Crew?