Coolio Cooks Chicken That's So Amazing, "It Will Give You a Lap Dance" 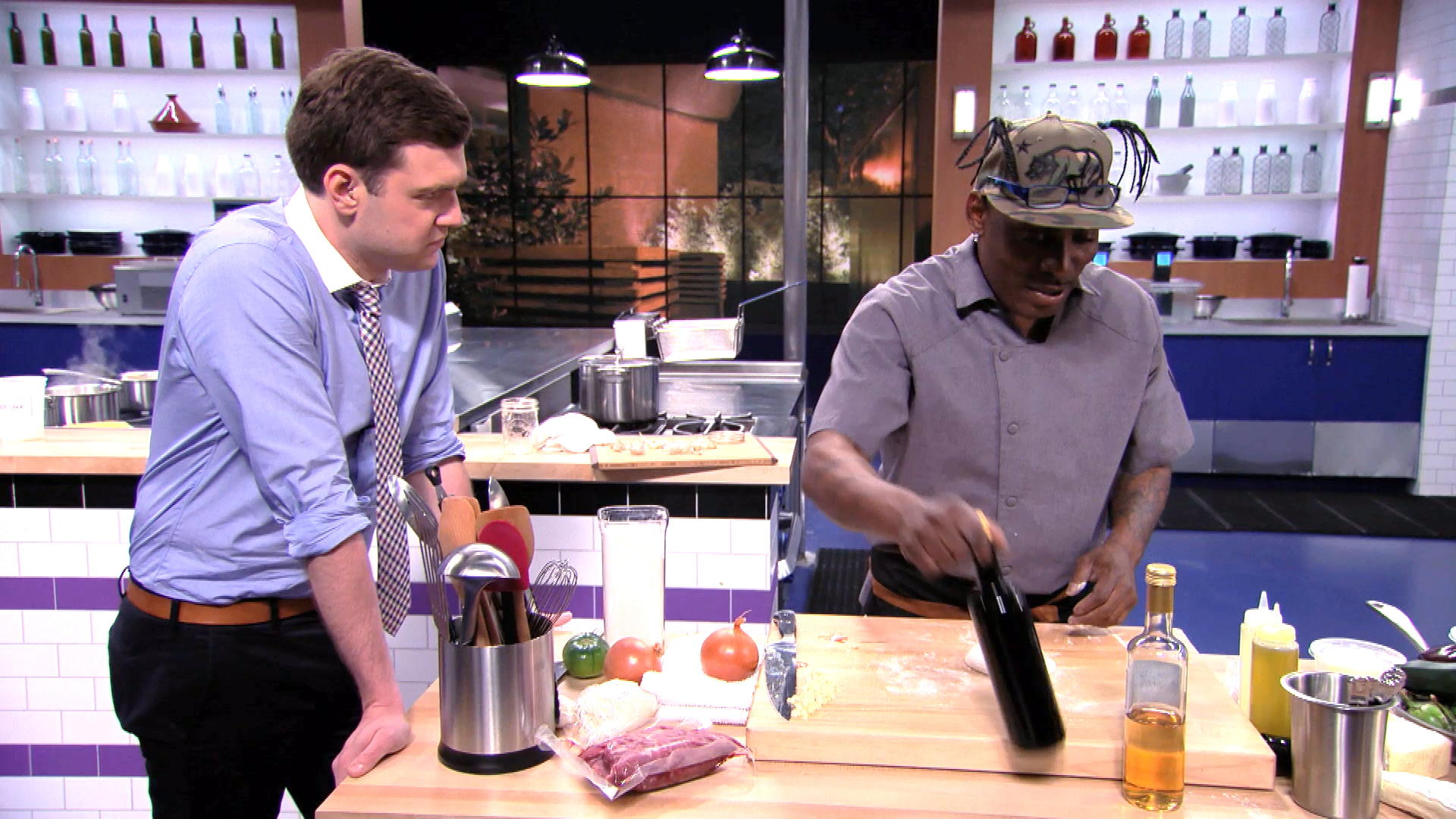 Rapper Coolio has been cooking longer than he's been rhyming, and his self-styled turn as a "kitchen pimp" is finally threatening to eclipse his '90s music career.

According to People, he told patrons at a recent event at Brooklyn's Hill Country Barbecue that his chicken is so incredible, "it will give you a lap dance."

“You could kill a chicken right there and I’d bring it back to life,” he said. “After it’s been cooked, I’ll make it dance around all these tables.” He also shared what looks like a solid recipe for chili; his secret ingredient is hot salsa.

And Coolio showed on this week's episode of Recipe for Deception that his "ghrench" style — that's "Ghetto and French" cooking, in his words — includes clever kitchen hacks like using a bottle of olive oil as a rolling pin in a pinch.

He told Uproxx that, following his turn on the show, he'd love to cook fish for Jay-Z and Beyoncé, and chicken for Oprah.

"I’d cook for 'Jayonce,' you know cause Jay and Beyoncé are one person," he joked. "I’d cook for Oprah, so she can talk about me on her show."

Although Coolio has been especially vocal about his cooking skills in recent days, he's been making his mark on the food world for years. His 2009 cookbook Cookin' with Coolio is full of easy and tasty twists on comfort food classics. Want to test out Coolio's chicken skills firsthand? Try his cookbook's recipe for leafy chicken wraps, aka Chicken Lettuce Blunts, or his super-spicy version of chicken wings.

This Bakery Makes the Ultimate Dessert for Drake Fans

Why Kylie Jenner's New Cooking Show is Unlike Any Other