Cue Freak-Out: Chrissy Teigen Is Collaborating On A Makeup Line 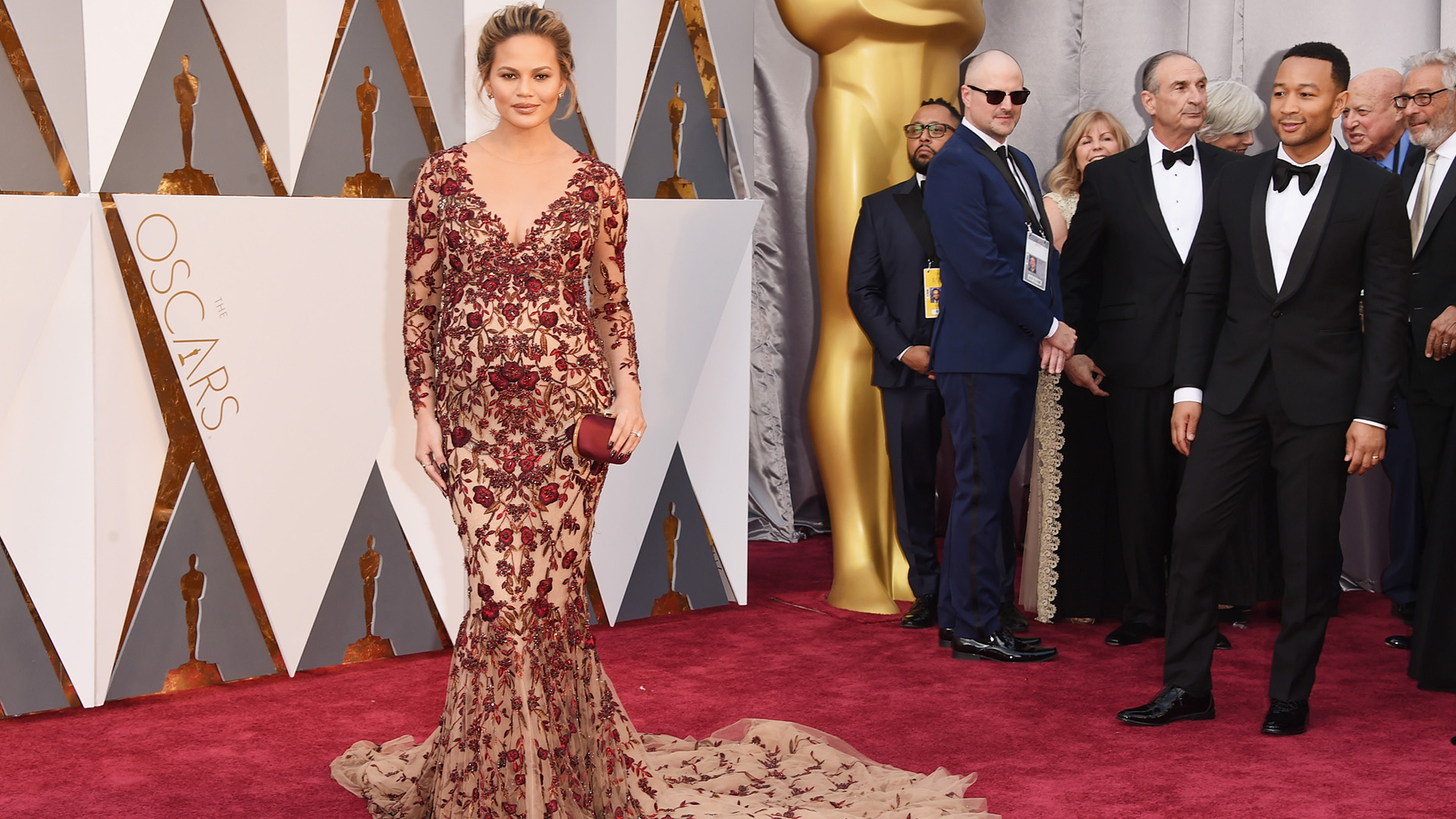 Chrissy wrote on Instagram: “IT IS OFFICIAL! I’m cooking up something super special with my friends at @BECCAcosmetics. I’ve been a massive fan of their highlighters for years and I just can’t wait for you all to see… it’s reeeeally delicious, hope you love it.”

You Have To See Chrissy Teigen's Post-Baby Bikini Snaps

Out in early May, the $46 Limited Edition Becca X Chrissy Teigen Glow Face Palette includes Chrissy’s favorite highlighter from the brand, along with three new shades cooked up by Chrissy herself. If you love rose-gold and all things Chrissy Teigen—and who doesn't—this might be the highlighter set for you.

Our new Limited Edition BECCA X Chrissy Teigen Glow Face Palette is your ultimate summer glow all in one place! Featuring @chrissyteigen's favorite highlighter our iconic Shimmering Skin Perfector Pressed in Rose Gold, plus three new shades created in collaboration with Chrissy - Shimmering Skin Perfector Pressed Highlighter in Beach Nectar, Sunlit Bronzer in Malibu Soleil and Luminous Blush in Hibiscus Bloom! Priced at US$46 the #LimitedEdition #BECCAxCHRISSY Glow Face Palette will be available soon for our #BECCABeauties all around the world! ✨

This being the internet, there is a bit of a controversy about Chrissy’s Becca palette. A few commenters are complaining on Trendmood1's instagram that the shades are too similar to Becca’s super popular collab with beauty influencer Jaclyn Hill (that collab sold $1 million in palettes in just 90 minutes!)

One commenter said: “Looks like the Jaclyn and becca palette. .... still gonna get it but…..” Another asked: “Doesn't it remind you of the Jaclyn Hill palette she did with them?”

But not everyone agreed, with one commenter writing: “I don't even get why everyone's saying this is the Jaclyn palette they look nothing alike. Yes they both have highlighters and a blush, but, that's what becca does! HIGHLIGHTERS lol plus Chrissys' has a bronzer .... :)”

Do the two palettes look too alike? Judge for yourself. Either way, if these highlighters help us glow like Chrissy, we're set.

Get the Classics! 15 Cookbooks Everyone Should Own