Don't Be Tardy for the Potty

From porta-potty shopping to vow writing, this week's episode was truly a modern day fairy tale.

Don't Be Tardy for the Potty

Given Kim's aversion to people using the bathroom in her home, the only solution was to rent some porta-potties. And since this is a Kim Zolciak affair, you can be sure there are not going to be just any run-of-the-mill toilets. So off Kim goes to the porta-potty lot (because evidently such places exist) accompanied by Derek J. (And honestly thank goodness Jen canceled, because that outfit Derek J wore for the occasion was sensational.)

It then became a modern-day Goldilocks and the Three Potties, if you will. The first one was your run of the mill porta-potty (and somewhat disturbingly seemed to have been just in use), the second was a finer throne with a little personalized note for Kim, but the third one was just right -- kind of like a little RV. The choice was clear.

P.S. were those little model toilets that Kim and Derek J cheered with at the end?

Preview
Heading Off the Potty Emergencies

Alas, Channing Tatum was nowhere to be found while Kim attempted to write hers, but Jen luckily was on hand. And clearly these two were bound to come up with some beautiful, elegant words. Something on the level of Shakespeare, Byron, or Keats. Words that would encapsulate Kim and Kroy's pure, true, fairy-tale love for one another. Well let's review what they came up with, shall we?

"When I first saw your ass, it made my va-jay-jay dance."

'Whether we're ballin', or not ballin'."

OK, so maybe not Shakespeare and more like Fifty Shades of Gray. But if you were to read this in iambic pentameter, it would probably make it sound a little more formal. Or maybe Kim should just meet with Coy secretly and get some pointers.
Show Highlight
Making Kim's Va-jay-jay Dance

Big Macs on the Big Day

I have to say, Kim might want to rethink hiring Colin Cowie as her wedding planner, because Brielle and Ariana have some pretty stellar wedding ideas. As I imagine sisters are wont to do, Brielle and Ariana pondered what exactly they'd like for their own weddings. Brielle wants it to be like Kim's, just with a gold, black, and white color scheme. Oh, and some cheeseburgers.

Ariana on the other hand went the destination wedding route. It's either Key West or Fiji for her. And I suppose to go along with the tropical vibe, her colors would be purple and hot pink. And there will be cheeseburgers.

Now I'm just hoping Kim had some cheeseburgers for the girls on the big day, because it's clearly not a wedding without some. And after all, isn't ground beef an aphrodisiac?
Show Highlight
Planning Cheeseburgers at Their Wedding 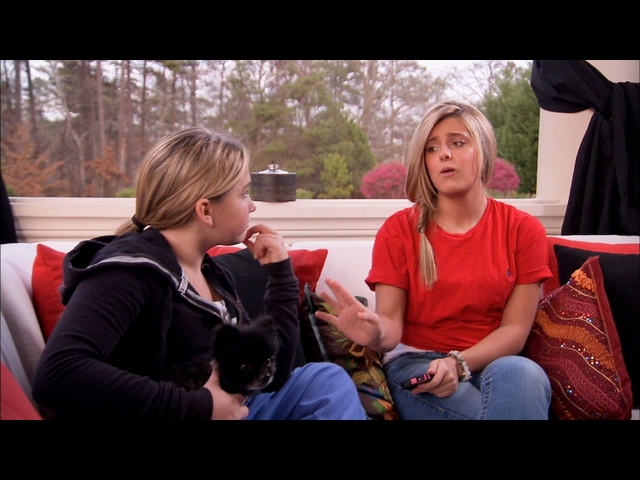 I love Kim's dad. Of course he comes through as the voice of reason in Kim and Karen's dispute. He managed to stay neutral while trying to diffuse the situation, no easy feat when it comes to a bride-to-be and an angry mother. And hey, Karen came for the fitting this time, so we're making some progress.

The only thing I love more than a good Mr. Zolciak moment, is watching Kroy get defensive of Kim. It's at the same time cute and kind of hot. I don't think you'd want to find out what happens if you upset Kim in front of Kroy. I wouldn't want to see what happens when you make Prince Charming angry.
Preview
At Least Mom Showed Up This Time 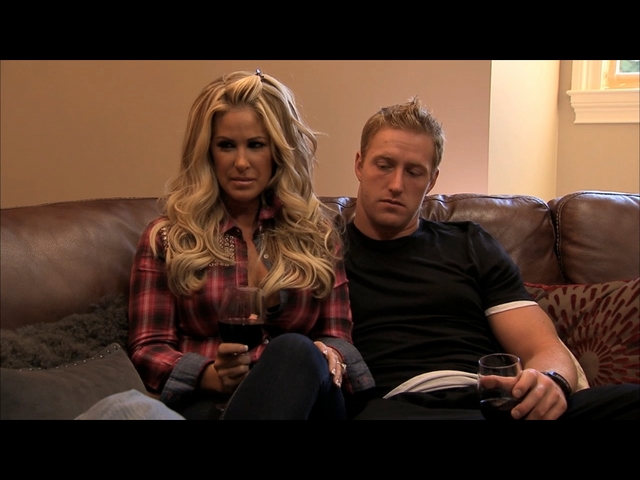 Next week it looks like Jen's in the dog house with Kim.
Preview
Kroy Confronts Jen