This week's episode was kind of a bummer with all the Jen/Kim drama. These two were not meant to be fighting. They should be sitting out somewhere drinking wine and eating Panera. Something tells me that this feud will last very long.

Kim's wedding may be slowly unraveling between the monstrous tent Kim's decided must come down and the fact that the florist decided to pull out ten days before the event, but she's still got her priorities straight -- sexy gifts for Kroy always come first. So amidst all the chaos, Kim goes in for a photo shoot in which she'll be wearing nothing but a painted-on jersey with Kroy's number. Because what else can you get the guy who you bought a Porsche for only months before?

There was much to be learned at this photo shoot. First, that nipples come in either gumdrop or raisin size (Kim has raisins FYI). Second, the key to success in a photo shoot is unbridled confidence. No amount of stress can keep Kim from looking sexy: "This photo shoot is the last thing I have on my mind, but I'm so damn sexy, f-ck it, I just say cheese." 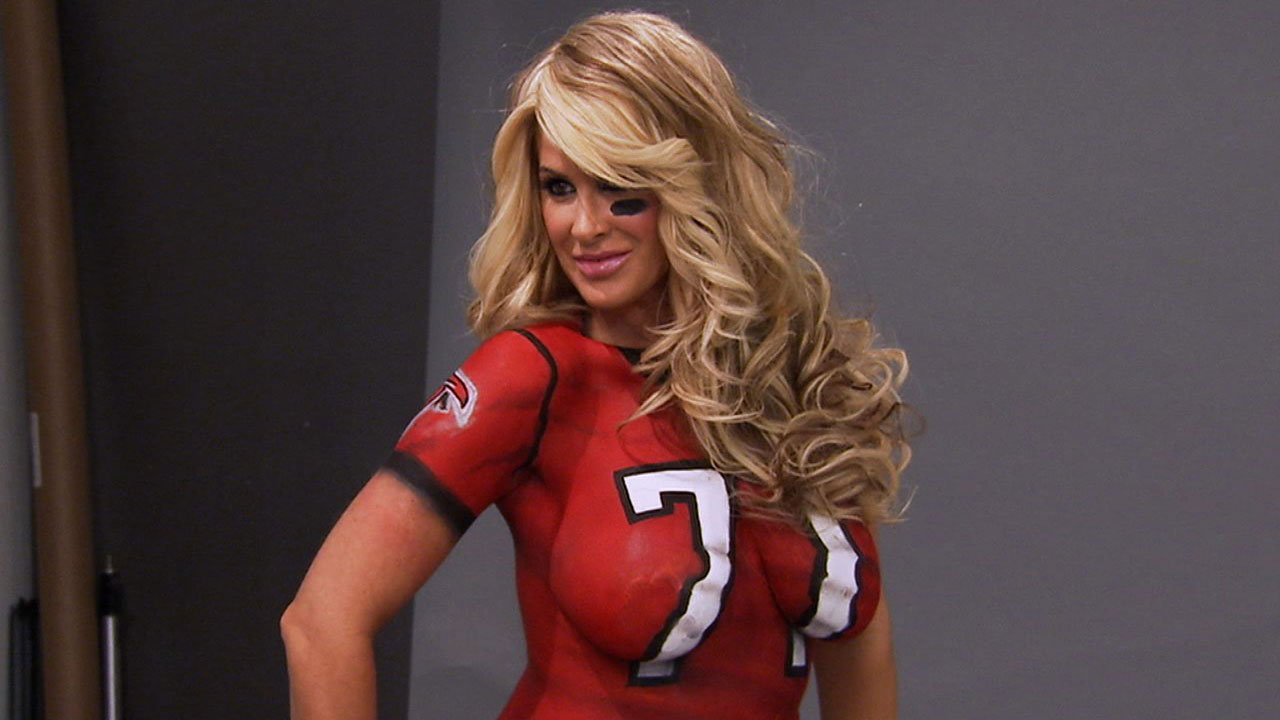 Yay! Kandi cameo! As usual, Kandi serves as the voice of reason while calming Kim during her Jen breakdown. And thank goodness, because no one wants to see Kim cry. Kim should be happily putting wigs on things, not dwelling on her missing matron of honor!

But Kandi and Kim do have a beautiful bonding moment, and Kim asked Kandi to perform at her wedding. YES! Kandi must have been relieved, because how much better is it to not be a bridesmaid? She gets to have a fun performance moment instead. The question is, what will she sing? I'm personally hoping she goes old school and does Don't Think I'm Not.

Show Highlight
Pulling Kim Off From the Edge 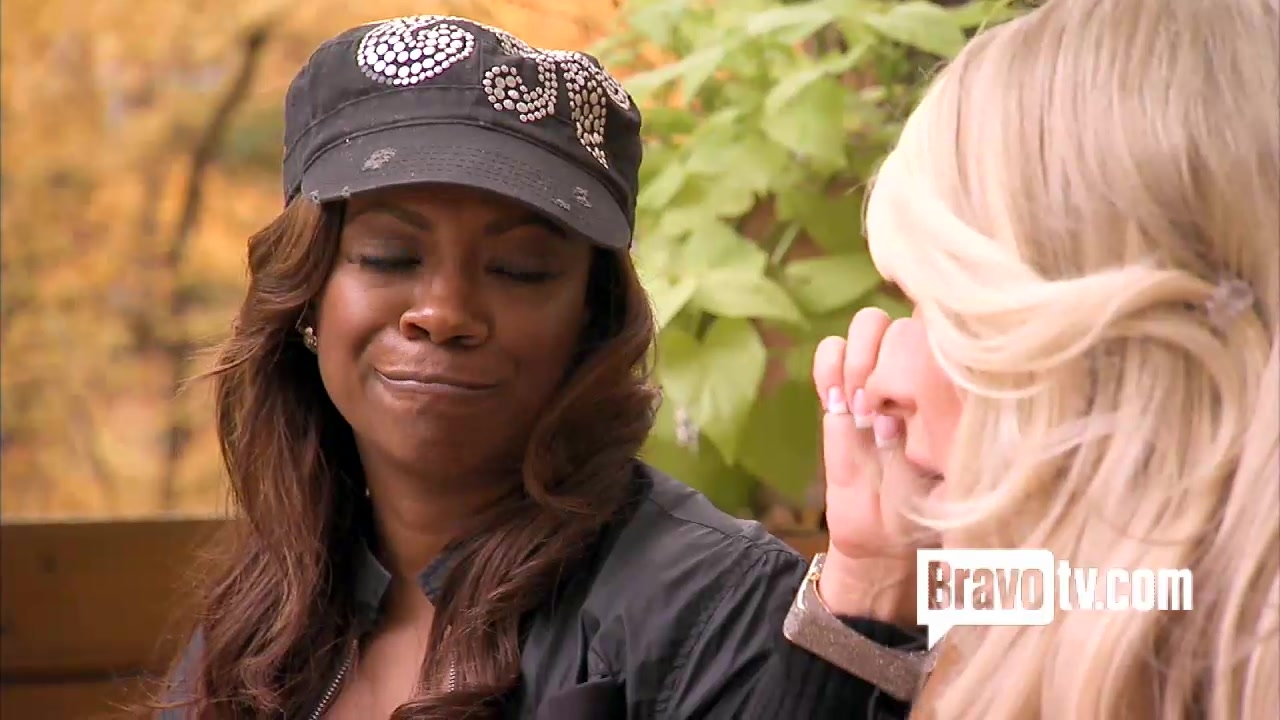 Jen and Kim need to make up, because they're too funny together to be feuding. And you know it's bad when Kim has to send Kroy out to deal with a situation. And man, he is good at dealing with difficult people! If this football thing doesn't work out, he should consider some kind of job involving negotiations. Or perhaps he can just be Atlanta's resident Housewife whisperer.

Luckily Jen was completely receptive and did the right thing by heading home. A go kart rink is no place for a confrontation. (Although there are helmets readily available, so maybe it's a better venue than you'd think.) 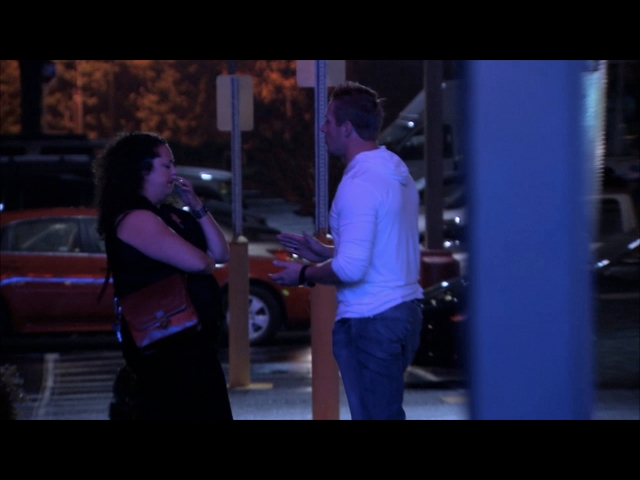 Next week Kim's biggest secret is revealed when she finally shows us what's under the wig!
Preview
Wigless Kim! 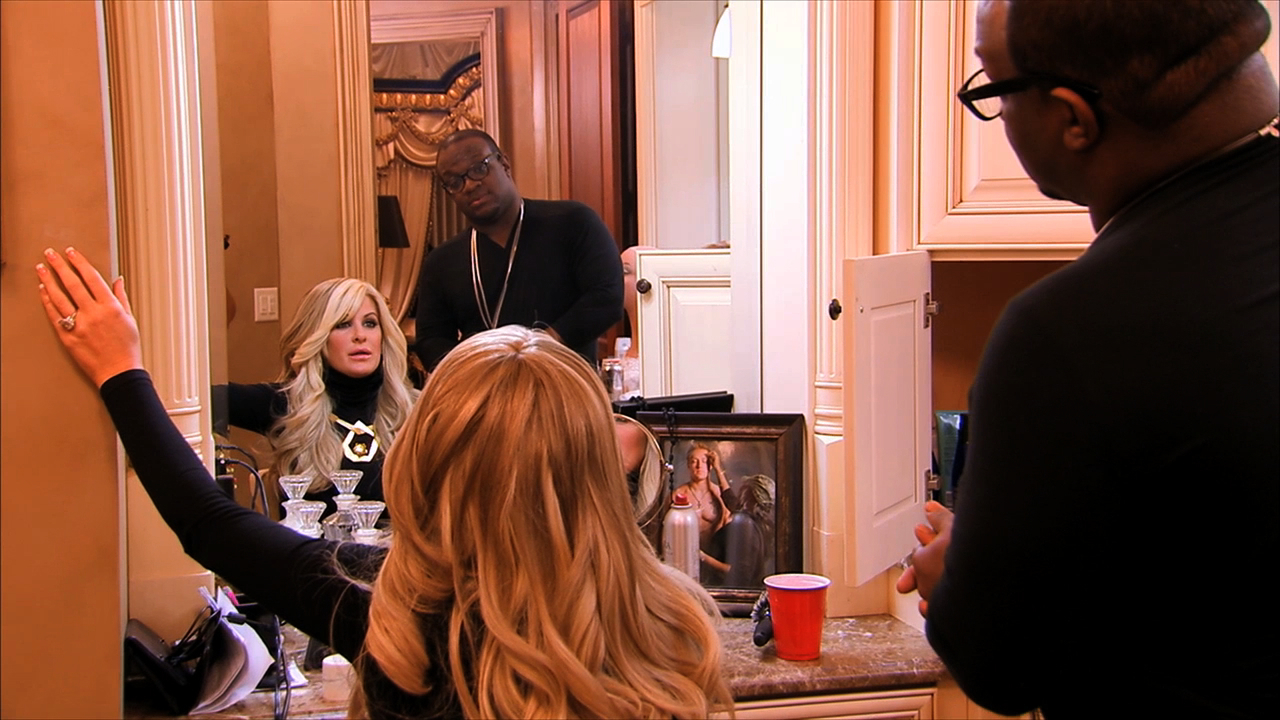