Everything You Need to Know About the Robinsons 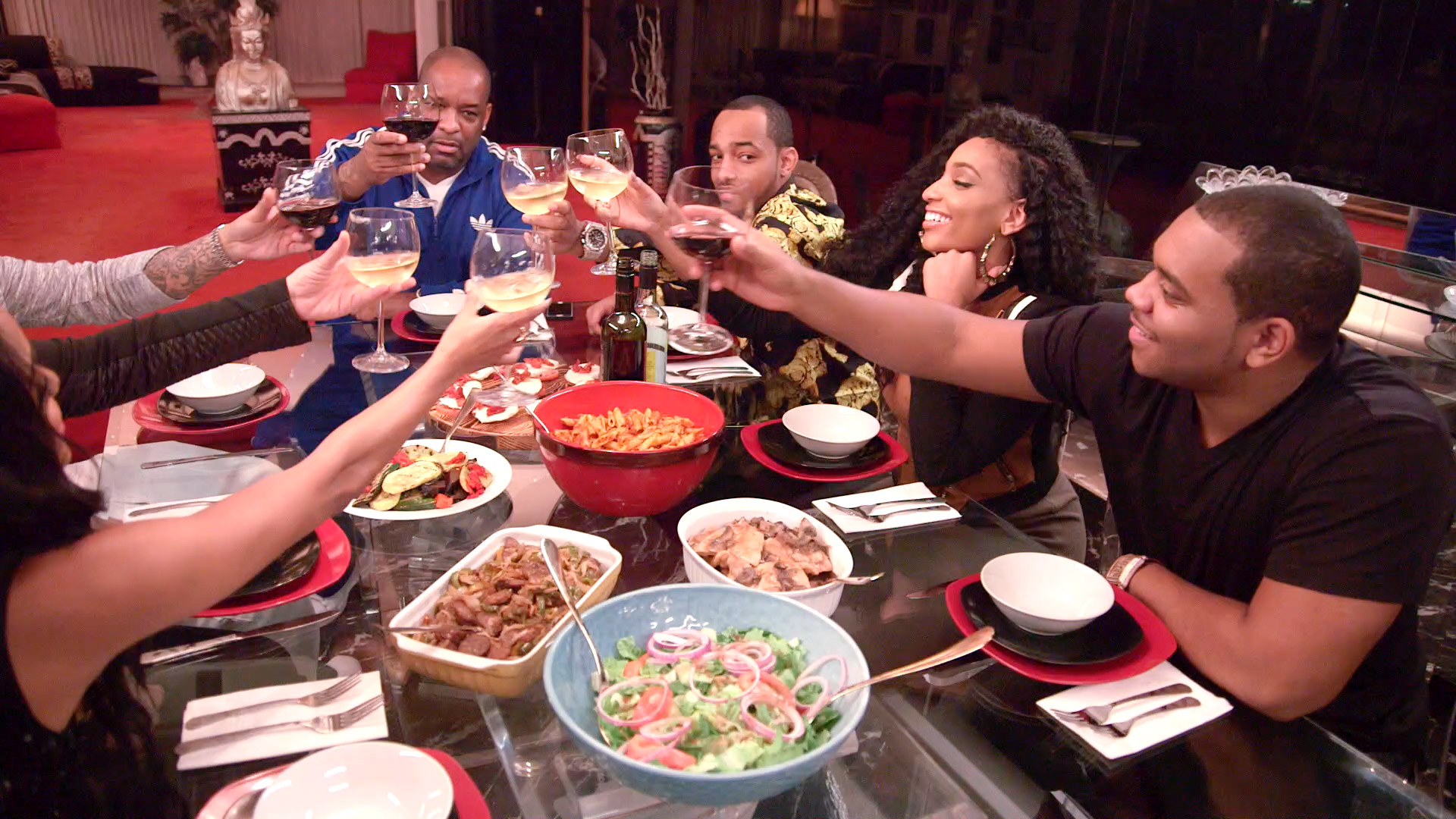 Sylvia and Joe Robinson started Sugarhill Records in 1979, which has been dubbed the first hip hop record label ever created. Sugarhill Records is responsible for mega hits like, "Rapper's Delight," "Apache," "The Message," "White Line" and so many more and now the next generation of Robinsons are ready to take the label to the next level.

Exclusive
Who Is Leland Robinson Sr.? 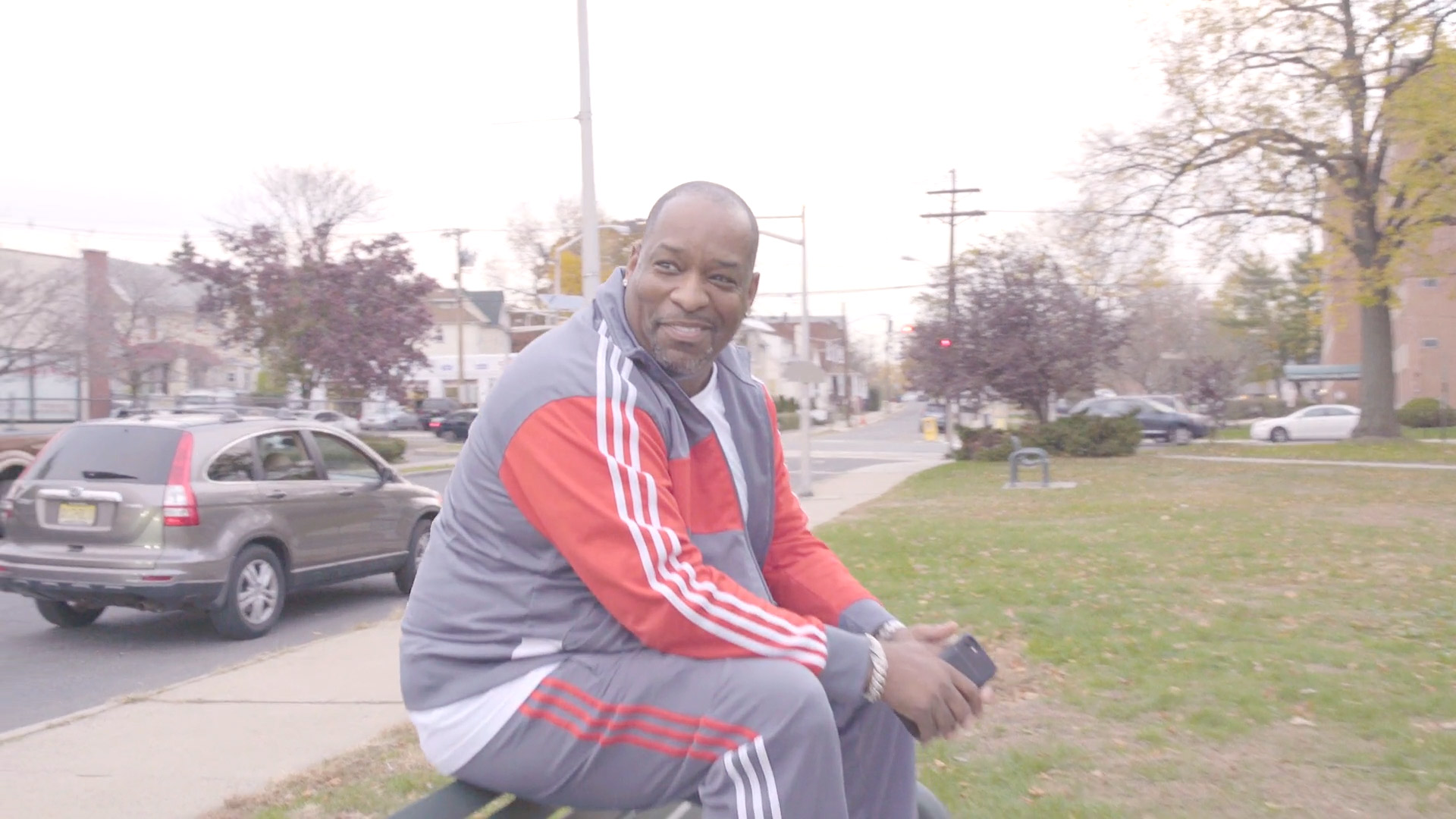 Born to Joseph and Sylvia Robinson of Sugarhill Records, Leland Robinson, Sr. is the middle son to music moguls who made their mark as the founders of Hip-Hop. As the prince of Hip-Hop himself, Leland did not initially assume his position at the throne. Starting out as a young man who wanted to make a way for himself, the first job he ever had was at United Parcel Service delivering packages. After a few more odd jobs, such as working at a few BMW dealerships, Leland gravitated towards his musical roots by working in the A&R department at Motown Records. While there, he worked on projects for artists such as Queen Pen, 3LW, and a budding R&B group called Sanity. Once he got the gist of working in-house for a label, Leland realized the value of working alongside his parents and brothers, so he threw in the towel at the label and went back to join his family at Sugarhill. One of the most important lessons Leland learned from his father was the power of music publishing, which is today one of the key components of Sugarhill's business. Leland is responsible for the royalties and music publishing whenever artists such as Alicia Keys, Jay-Z, Kanye West, Wale and Justin Timberlake sample music from his family's catalogue. Leland now hopes to pass on the torch and encourage his children to push and pursue their own careers within the music business.

Leland Robinson Jr. grew up in Englewood, NJ where he was fortunate enough to not only be raised by his parents, but also his grandmother, "The Mother of Hip-Hop", Sylvia Robinson. Leland Jr.'s father and two uncles instilled a sense of entrepreneurship in him at an early age, which has inspired him throughout his life to always take on new opportunities. Leland Jr. started working at Sugarhill Records in 2012 and has been involved in multiple facets of the family business ever since. Always one to pursue his dreams, he doesn't let minor things bother him in order to focus on the bigger picture at play. In Leland Jr.'s free time he loves trying out exciting restaurants, watching new films, and going out with friends and family. Still currently residing in Englewood, Leland Jr. is exploring the craft of DJ'ing while continuing to help expand the Sugarhill brand.

Exclusive
Who Is LeA Robinson? 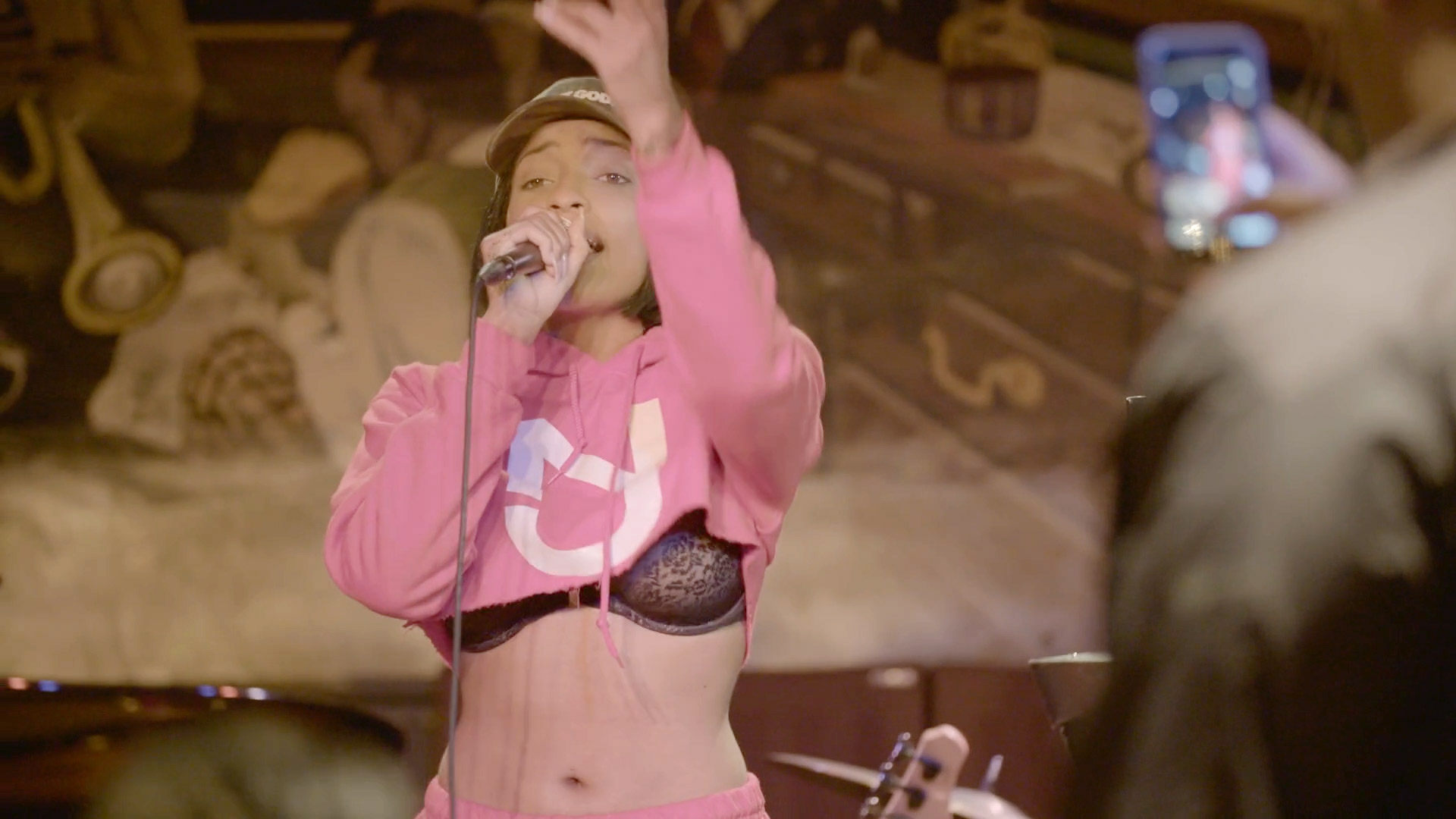 Affectionately known as the Granddaughter of hip-hop, LeAnetta Robinson (a.k.a. LeA) is the granddaughter of musical legend Sylvia Robinson, founder of Sugarhill Records. With years of influence by her family's music, it was only a matter of time before she decided to enter into the music scene herself. LeA is an outgoing, ambitious, and eccentric singer, songwriter and dancer whom has performed at events such as NBA basketball games to The Waldorf Astoria to the United Nations International Year of Youth Conference. She is also passionate about giving back and at the age of 16, LeA partnered with the charity organization Comedy Cures and also became an Ambassador for the United Nations. Constantly inspired by her mother and grandmother to not only be a better artist, but to also be a better woman, LeA finds it fulfilling to share her stories with the world in a three-minute song. Planning to make her mark by staying true to God and her purpose, LeA is currently recording a much-anticipated EP, entitled S.A.Y. (Songs About You).

Exclusive
Who Is Darnell Robinson? 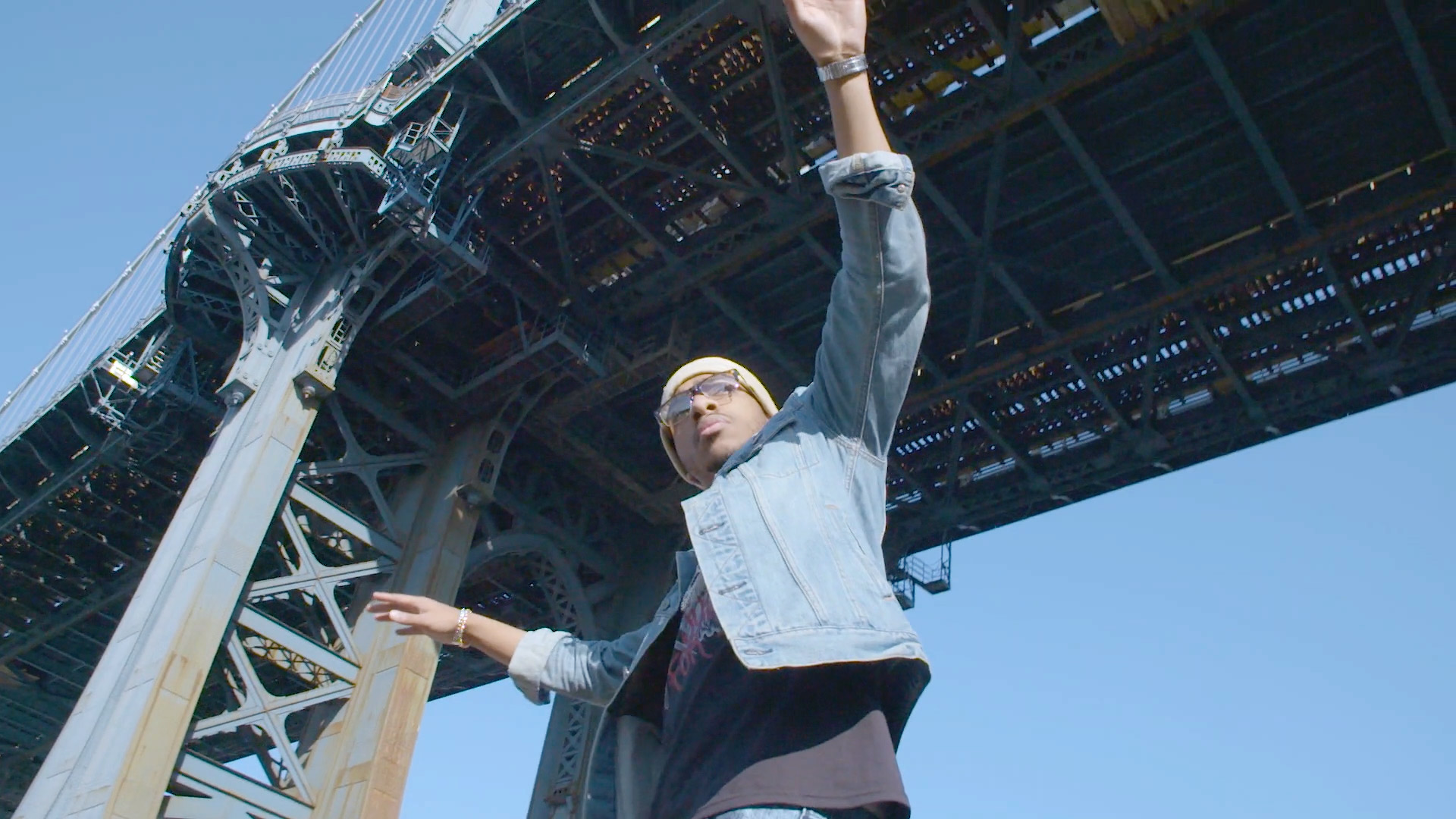 Born into hip hop royalty, artist and producer Darnell Roy is the grandson of the legendary Sylvia Robinson, who founded Sugarhill Records. Darnell fell in love with music and began recording songs as a child at the Sugarhill studio. He received his first taste of stardom as one of the first African American teenagers to be featured on the MTV hit show, My Super Sweet 16. Darnell went on to participate in the Scream Tour alongside popular artists such as Bow Wow, Omarion, and Chris Brown, and discovered that being in the public eye at such a young age was no longer what he wanted. Without hesitation, Darnell stepped back from the limelight just as his career was taking off to enroll in school in Atlanta, Georgia. While concentrating in audio engineering, he began to focus on the next chapter of his career and chart new territory. Still in pursuit of continuing his family's monumental legacy, Darnell made his way back to his native New Jersey, and used his knowledge of the music business to help guide the careers of fellow artists who want to make it to the top. Darnell has recently decided to also reassert himself as an artist and is working on building the blueprint for what he hopes will be a legendary career.

Exclusive
Who Is Rhondo Robinson Jr.? 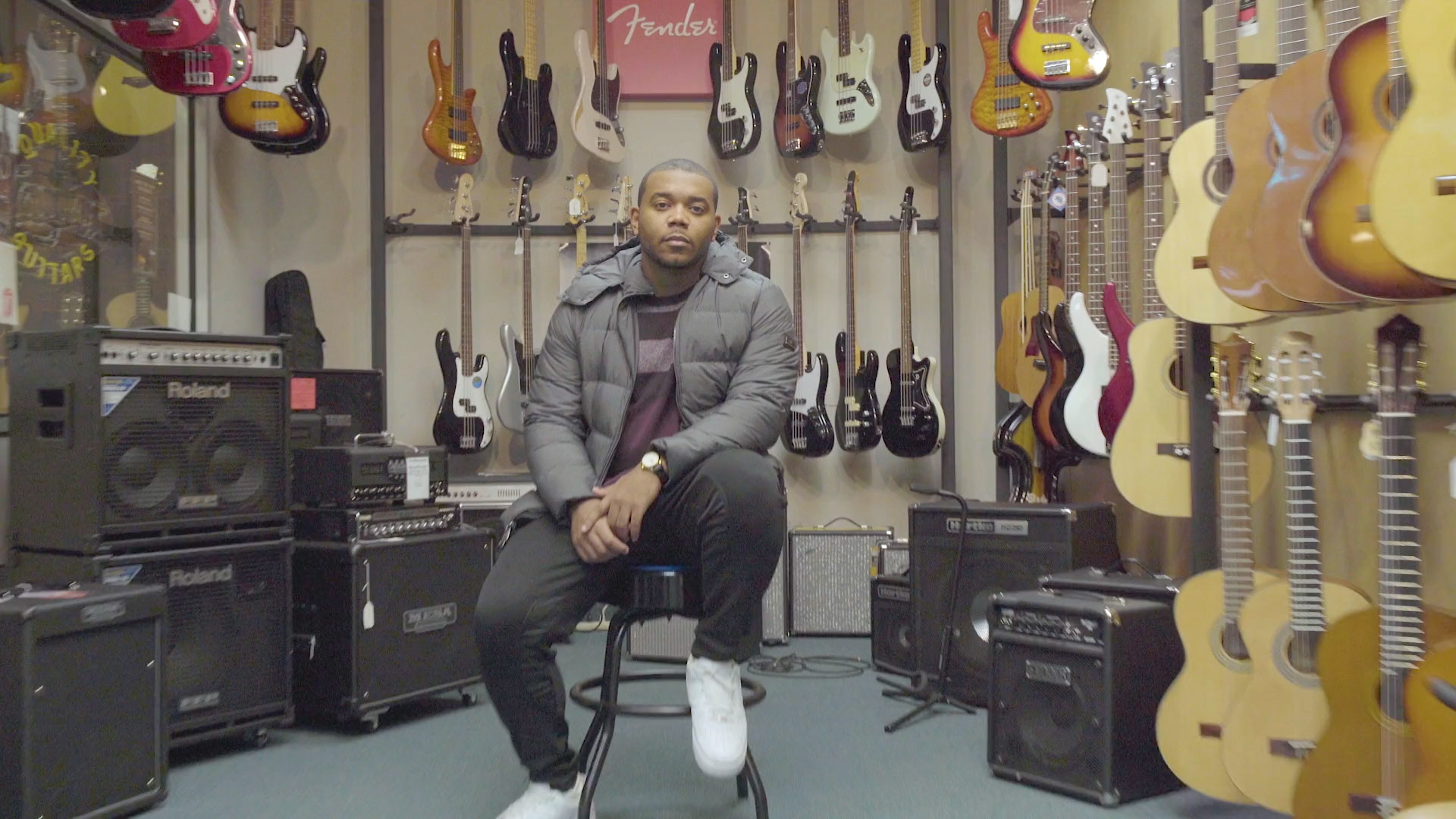 Rhondo Robinson, Jr. grew up in Englewood, NJ and recognized at an early age that he came from a very special family. He started experimenting with making beats at an early age after being inspired by his step-brother. Rhondo has gotten to where he is today by surrounding himself with positive influencers, practicing nonstop, and always pushing himself to be better. After hearing Pharrell Williams' produced hit, Grindin' by The Clipse, Rhondo was inspired to take the next step in his career and create beats of his own. He has been involved in the family business since 2008 and since music is a huge part of his life, going to the studio doesn't feel like work to him. Always looking to have a good time, Rhondo enjoys playing basketball, watching documentaries, and seeking inspiration from the travel channel. Currently residing in Hackensack, NJ with his son, Rhondo is focused on becoming a successful entrepreneur as he continues to expand his brand.

Originally hailing from Harlem, New York, Antonio Jordan currently resides in Englewood, New Jersey. Antonio has been involved in the family business for about two years now and has gotten to where he is today by working hard and never giving up on his dreams. When not busy at Sugarhill Records, Antonio enjoys a variety of hobbies including playing cards, basketball, and cooking. Although known for being more on the quiet side, he does tend to be spontaneous, which has led to numerous adventures around the world. Antonio's biggest priority in life is to provide for his two daughters and inspire them to reach their full potential, as his own family did for him. 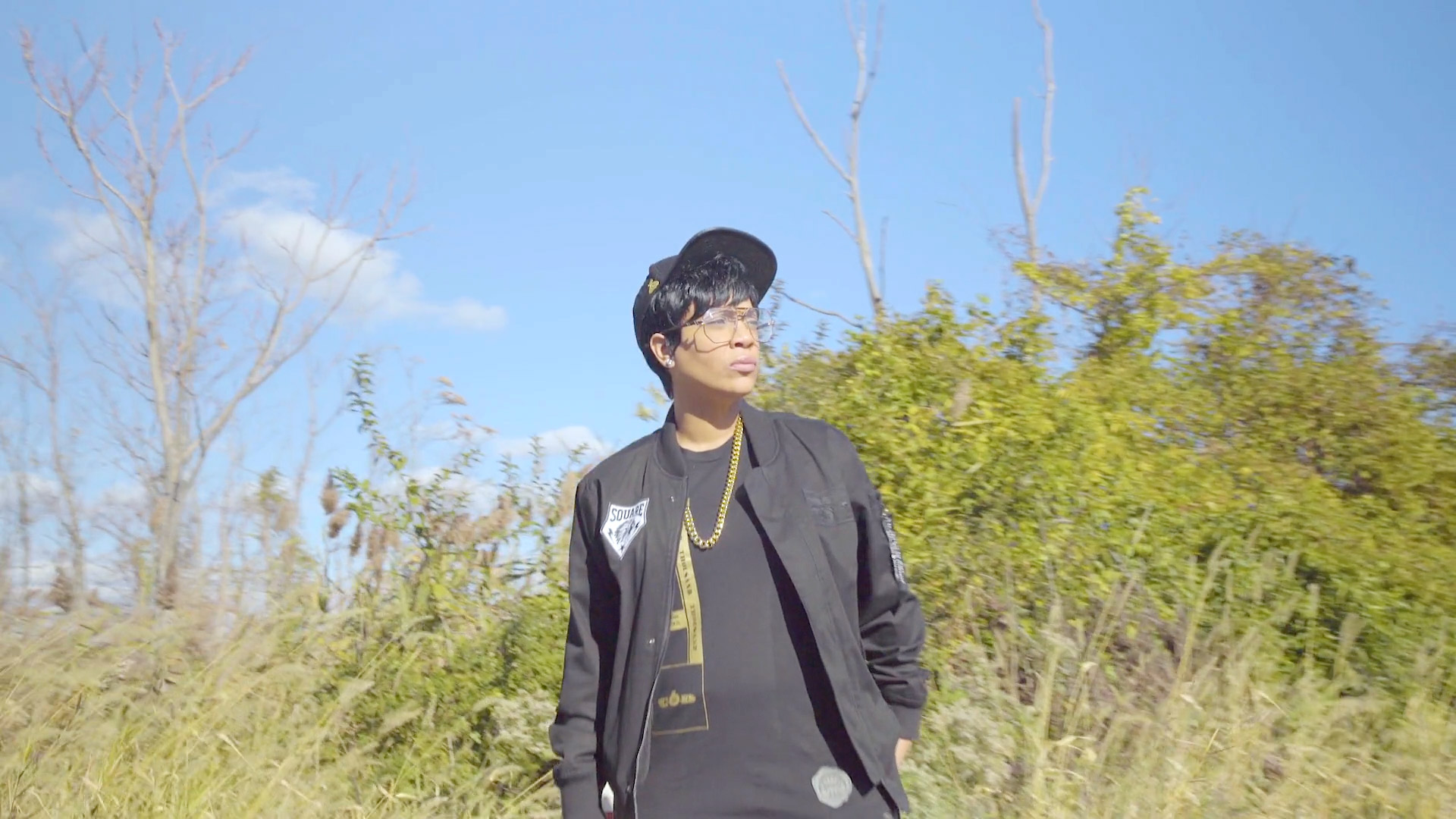 Lady Luck, born Shanell Jones, is a triple RIAA gold and platinum certified American Rap Artist who's great aunt is Sylvia Robinson, founder of Sugarhill Records. Luck got her start in the business by freestyling on New York's Hot 97 morning show while in high school, which ultimately led to her signing a multi-million dollar record deal with Def Jam at only 16 years old. After three years at the label, Luck parted ways to pursue an independent career. Luck is known for her powerful punchlines and immaculate witty freestyles, which have gained her respect from most of today's top artists. Because of her passion to partake in new experiences and push herself outside of her comfort zone, Lady Luck has dipped into every part of the creative process in music from performer to writer to producer. Most recently, Luck has partnered with her girlfriend Somaya Reece to launch a joint record label and television/film production venture, "La Rosa Ent" and "The Greatest Entertainment," which will house independent artists all while releasing her own album "She God" under the label side.

Somaya Reece was raised as a first-generation American in the infamous city of South Central Los Angeles, California by her migrant parents form El Salvador. While working as a maid with her mother, Somaya was discovered and brought in to meet with William Morris agents. Soon after, she immediately landed leading comedic roles in over 45 national commercials, and went on to have various speaking roles in scripted films and television shows. No stranger to the spotlight, Somaya started out her reality television career on Love and Hip Hop New York, which brought in over 11 million weekly viewers, and after three seasons she moved onto starring in the hit series Famously Single on E!. Her music has also hit number one on top ranked music charts, leading her to headline tours across Latin America. She has been able to continuously hold that spot alongside many of today's popular artists as an independent artist. In Somaya's free time, she enjoys connecting with her fans through social media, working on her four part business and health book series (including children's books), and running her multi-million dollar fitness brand, which includes all natural weight loss products such as the well-known tea-tox phenomenon, the Get Slim Detox Tea. Most recently, Somaya has partnered with her girlfriend Lady Luck to launch a joint record label and television/film production venture, "La Rosa Ent" and "The Greatest Entertainment." Somaya has become a successful actress, artist, and entrepreneur, and one can only guess what she will take on next.

Eseni Ellington is a first generation American "Latina" born to migrant parents from Guatemala and Brazil. Raised in the Boogie Down Bronx, by 14 she began working to help support her parents and saved what she could for her future aspirations. Fiercely driven to be an independent woman, from a young age, Eseni had a love for entertainment and at 18 she began competing in pageants. Although she did not win the crown of Miss New York USA in 2012 and 2014, she learned a vast amount and knew it was just the beginning for her career. Her motto in life has always been "To Live In Love,” which has helped her during setbacks to be persistent and endure. Eseni is no stranger to television as she began her reality television career as in Lifetime's The Sisterhood: Becoming Nuns, which was a show based on young women pursuing the transition into nunhood. Eseni, has created a name for herself through her multitude of ventures including becoming a brand ambassador for many commercially recognized product brands, and can currently be seen in billboards across the US as a hair model. Never one to settle, Eseni is always looking forward to her next move and most recently was cast in an upcoming scripted television series.

Somaya Reece Embraces Her Latina Roots With This Playlist

Step Inside the Mind of Lady Luck With This Epic Playlist

Shanell "Lady Luck" Jones and Somaya Reece On Their Romance

Shanell Gets Ready to Propose to Somaya

The Robinsons on Who Should Take Over Sugarhill Records