What Does This TV Celeb Bring as a Party Favor? Hint: It Starts with C and Ends with E

Digital Series
Dance For Your Dinner 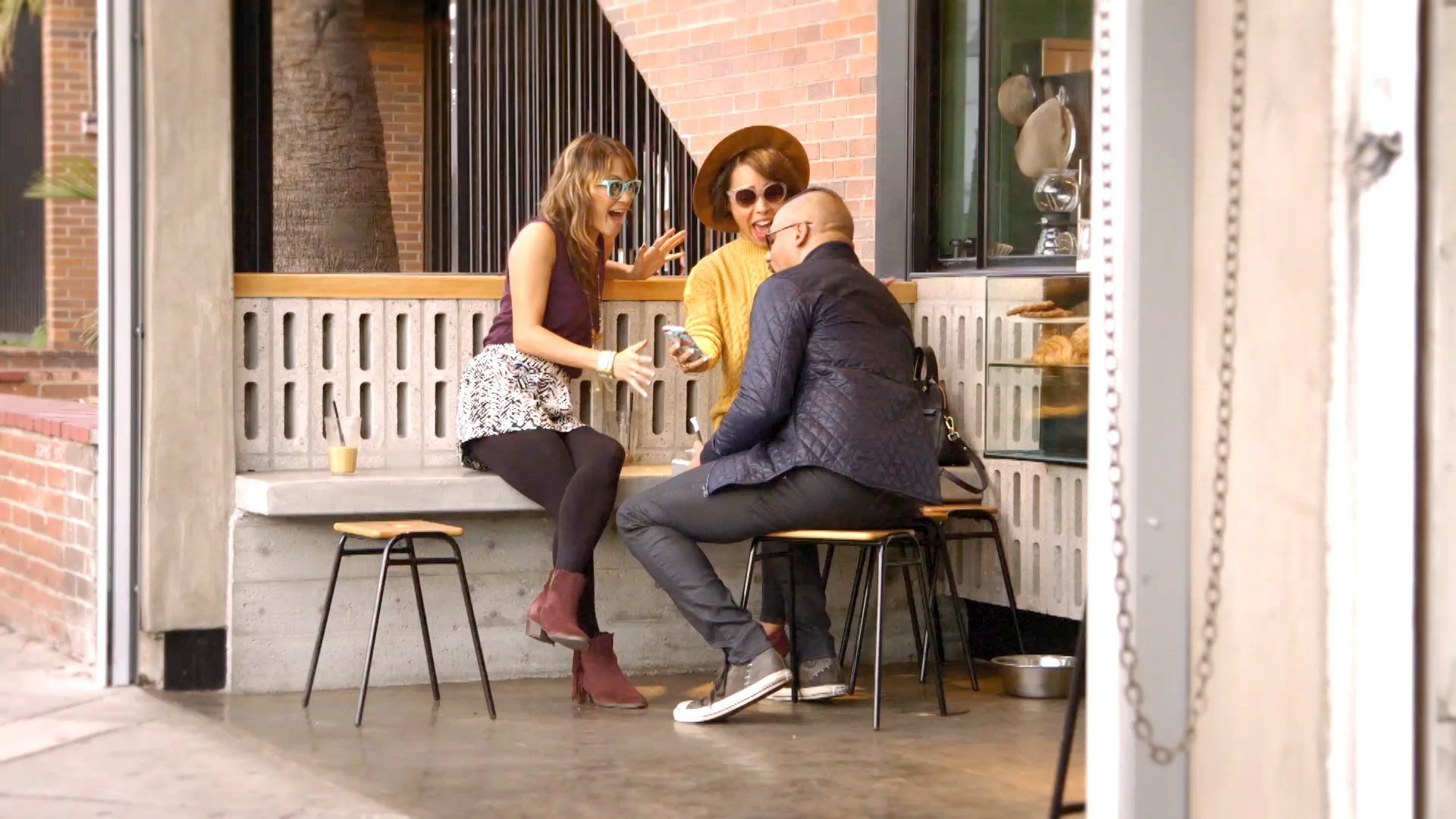 L.A. party girl Courtney Nichols's infamous underground Disco Dining Club is nearly impossible to get into, which only makes people who’ve heard of it even more desperate to get an invite. That includes Hollywood insiders along with film and TV actors like Amirah Vann of the new WGN show Underground, who wants in not just for the wild dance scene that the monthly parties are known for, but for the legendary food too: dishes like Watermelon with Pinot Noir Champagne, and Iberico Mousse with Melon and Fried Parsley.

When Amirah teams up with food-world insiders Russell Jackson and Liza DeGuia, co-hosts of BravoTV.com's new show Going Off the Menu, for a shot at getting the much-coveted text message invitation, things quickly get suspenseful…and weird.

One of the challenges Courtney throws their way is to come up with a "really cool party favor." The three of them immediately get on the case…and what do they think of? Hint: It starts with a C, and it’s been known to make all-night disco parties a lot more fun.

To find out what happens to Amirah’s quest to get into the ultra-exclusive L.A. underground party, tune into the second episode of Going Off the Menu. It's live now on BravoTV.com—where you can stream all of the first three episodes. Tune in on April 25 for the remaining six episodes.

This Food Truck is So Exclusive, TV Stars Have to Beg

How to Get Into an Exclusive NYC Underground Dinner

Going Off the Menu