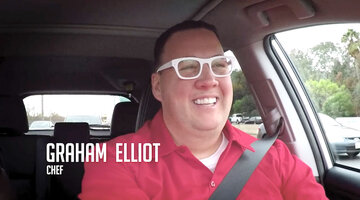 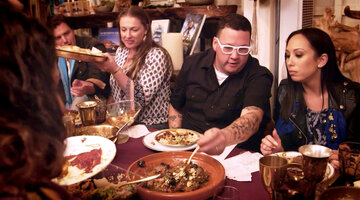 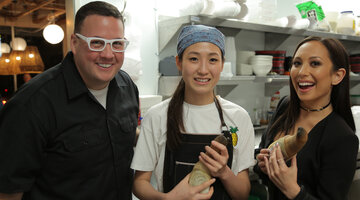 Classic cocktails of the 1950s aren’t exactly hot-ticket menu items these days. Sure, popular drinks of the era like the martini, mojito, and Moscow mule have all enjoyed their respective comebacks, but when was the last time you ordered a Sea Breeze? That's what we thought.

While the below drinks favored in the ‘50s may have fallen out of fashion, we think their cocktail comeback is in order. Stir or shake one up tonight, and we think you’ll agree.

The Top 5 Tiki Drinks to Try Before You Die

The Sea Breeze became popular in the ‘50s thanks in part to Ocean Spray pushing cranberry juice-based cocktails (who knew?)—something we can’t imagine the family-friendly juice company doing today. Chances are, the Sea Breeze was a part of your first foray into alcohol, as it contains a pretty palatable combination of tasteless vodka, sweet cranberry juice, and tart grapefruit juice. So, remind us again why something so easy to gulp down got kicked out of the popular cocktail clique? Try this version, complete with the trendy update of being served in a Mason jar with a striped paper straw.

We love Mondays around here! #maitaimonday 🍹 . . Mahalo for the pic @erinawinters 🌺

As tiki culture took off in the ‘50s and ‘60s, so did the Mai Tai, a drink with a muddled past that’s comprised of Jamaican rum, orgeat syrup, triple sec, and lime juice. Today, some look down upon the cocktail as a mess of super-sweet syrups and juices, but that’s because most bartenders aren’t making it right. This recipe returns the Mai Tai to its original glory.

The word of the day is #pinacolada enjoy your long weekend!

In 1954, a bartender at the Caribe Hilton in San Juan, Puerto Rico, put together a concoction of rum, coconut cream, and pineapple juice, y aqui—the pina colada was born. In fact, the bartender, Ramón “Monchito” Marrero, made the drink at the hotel for 35 years, until retiring in 1989. Find out exactly how Marrero made it here.

Gin was all the rage in the 1950s (largely due to remnants of the Prohibition), and as such, drinks like the Sloe Gin Fizz and the Tom Collins (more on that in a bit) started gaining in popularity. The Kitchn reports that Brits first invented sloe gin, and tended to drink it in winter as a way to warm up. Then, “Americans got a hold of it and summer-ified it with citrus and soda water.” Here’s one “summer-ified” version that’s worth a try at your next soirée in the sun.

Similar in rise to the Sloe Gin Fizz, the Tom Collins took over as the drink of choice at suburban backyard barbecues in the 1950s. If you’re into 19th-century humor, you might be interested in the long story of how the Tom Collins got its name; if you want to cut straight to guzzling this gin-based drink (and munching on its maraschino cherry) we suggest giving this recipe a go. In fact, drinking a Tom Collins while reading the story of Tom Collins may make the whole fable a lot more palatable.

You may only have heard of the Pink Squirrel from Tom Cruise’s “barman poet” moment in Cocktail, but this creamy pink drink goes back much farther than the ‘80s. Invented in the 1950s at Milwaukee’s Bryant’s Cocktail Lounge (which still exists), the Pink Squirrel is comprised of crème de noya, white crème de cacao, heavy cream, and in some recipes—like this one—ice cream.

Life is better as an Insider
Bravo Insider is your VIP pass to never-before-seen content, exclusive giveaways, and so much more!
Sign Up for Free
All Posts About
Food & Drinks
Going Off the Menu
Drinks
Related

Alex Thomopoulos Was "Blown Away" at a Tiki Party

9 Outrageous Cocktails That Double as Meals