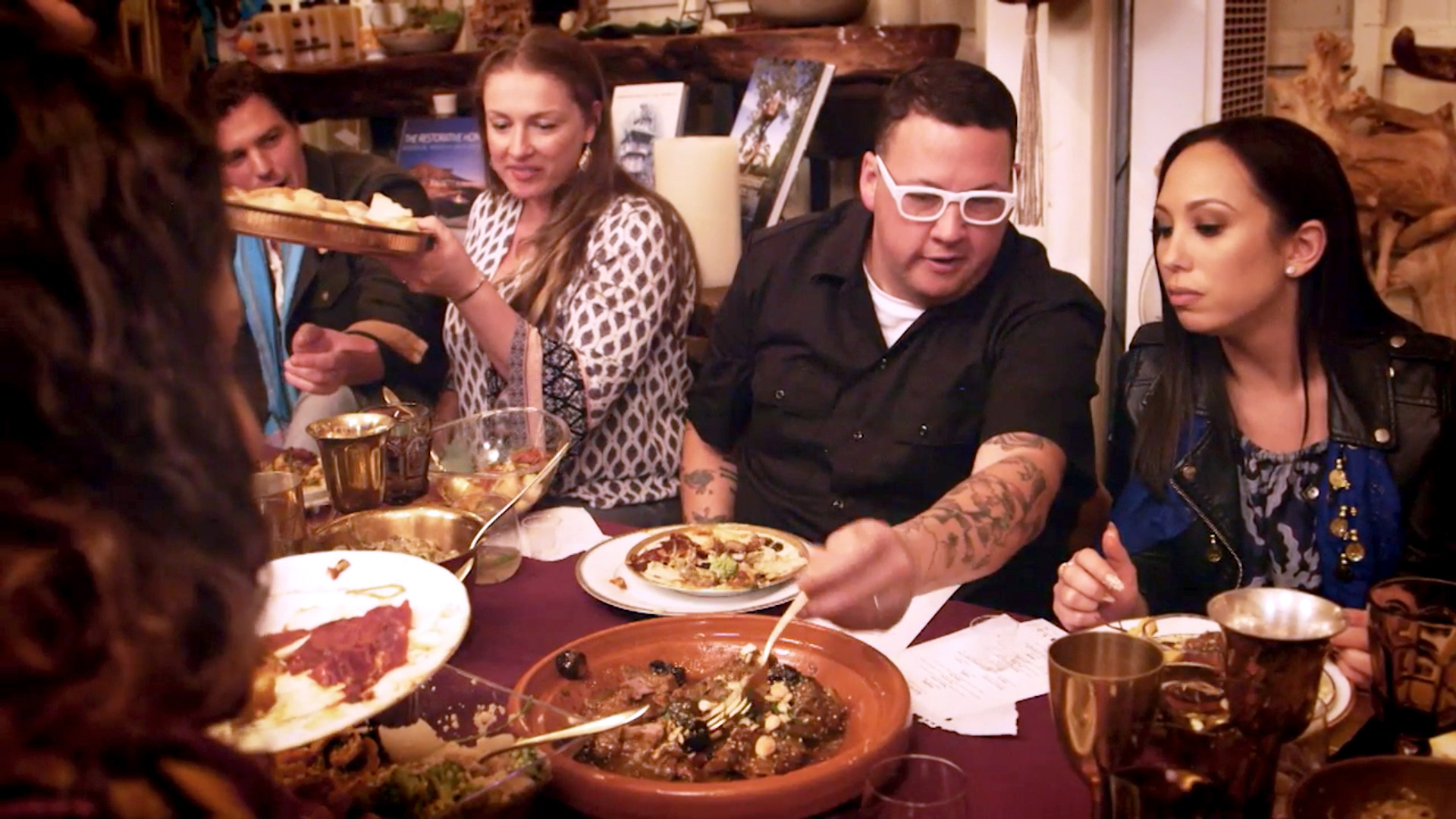 The people of Morocco like their cuisine the same way they like their life—full of spice. They take their food as seriously as we take the movies that are set there. (Here’s looking at you, stewed meats.) Get a crash course in the classic Moroccan dishes that every food lover and world traveler needs to know.

A post shared by Christine Prodromou (@canterburyleaguesclub) on May 6, 2017 at 9:01pm PDT

Is it a meal? Is it a cooking tool? Yes and yes. Both a shallow clay pot with a conical lid *and* the dish that’s slow-cooked inside, tagine is hands-down the most iconic Moroccan food/vessel for cooking up deliciousness. It’s basically meat (chicken, lamb, beef or fish) layered with veggies and spices—and it’s so good that it’ll inspire you to dig in with both hands.

Kefta is ground beef or lamb mixed with spices, shaped into meatballs or patties and cooked in a variety of ways. You'll often find kefta served on a skewer, or kefta meatballs cooked with a tomato sauce dotted with poached eggs in a tagine. Pro tip: If you’re feeling like this is the beginning of a beautiful friendship between you and Moroccan cuisine, kefta is a very solid tagine option to tackle first in your own kitchen.

Okay, it’s pigeon pie. But hear us out… This beloved delicacy is actually an incredibly intricate sweet and savory pastry stuffed with almonds, saffron eggs, spices, and, yes, pigeon—all dusted with cinnamon and sugar. (And the pie can be made with chicken or quail for the pigeon-phobic, so no need to panic.)

Obviously, couscous isn’t exactly on the cutting-edge of exoticness. But Moroccans take the tiny wheat pasta pretty damn seriously, making it a centerpiece of a meal (and not just some humble, forgettable side dish). They steam their couscous in a pyramid alongside meat and/or veggies, then often garnish it with raisins for a little hit of sweetness.

Love for food on a stick is truly universal. (It is a small world after all…) Morocco is no exception, with these beef or lamb kebabs showing up on street corners and in market stalls everywhere you turn. Grab-and-go doesn’t get much tastier.

Particularly ubiquitous during Ramadan—when it’s traditionally served to break the fast—this hearty soup of tomatoes, lentils, chickpeas and lamb is also spooned up as a starter or light supper all year around. And just to make everyone’s life a little better, someone already figured out the ideal wine pairing.

Sure, you may have had mint tea somewhere along the way. But you’ve never really had mint tea until you’ve had it Moroccan style. Trust us. A green tea steeped with spearmint and sweetened with a kiddie-pool’s worth of sugar, the dessert beverage is poured into the glass from a remarkable height to create a froth (and just some old-fashioned tea drama, presumably).

Going Off the Menu