Mark and Yeni live in the Hollywood Hills with their doggie.

This is a "his house I moved in to" situation.

Yeni's visual voice is not even a whisper here.

Going from my house to our house needs a start point.

Mark gives Jeff the hands-off message regarding "his" interior.

"Don't touch the walls… I've written a book" is our shaky start point.

Mark uses his humor to dominate, bully, manipulate, and control.

Jeff admits he's getting a real look in the mirror.

Mark instructs Jeff he is not allowed to touch one room in the house.

We breathe a sigh of relief when Yeni wants an outdoor Jacuzzi.

Yeni needs encouragement to speak up, and I need my monkey suit. 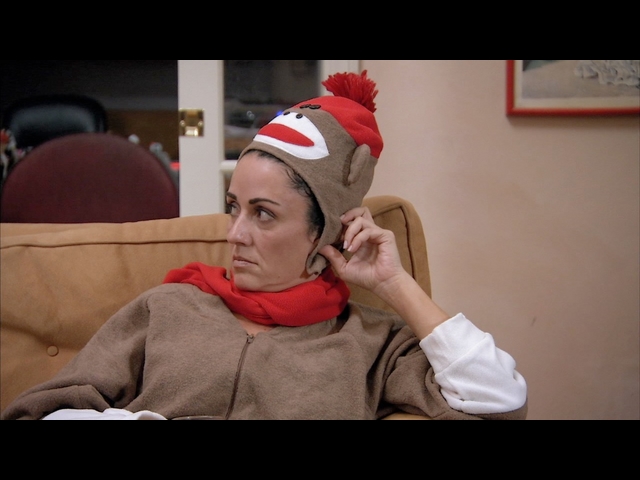 A voice at Disneyland needs her voice heard at home.

Luckily ground control of Major Mark does not extend to the backyard.

Shopping Jeff finds what he thinks is the perfect outdoor spa.

Jeff’s choices are challenged at every turn.

Trusting Jeff is not part of Mark’s game plan.

Things Jeff will most definitely leave in the store.

A water fight has me feeling wet, wild, and five. I feel refreshed (not really) after having my head dunked in the algae water.
Preview
Trying to Get the Girls Wet 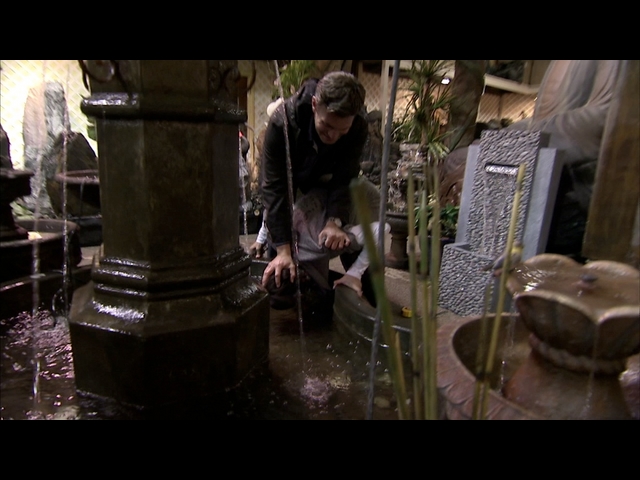 Jeff has had it with this back seat decorator

I have a front row seat for some serious fun.

The ultimate micro manager has met his match.

Jeff says "one chief," and Mark and Yeni are off to the hotel.

Mark does not want to go.

Giving up control is painful for Yeni's papa bear.

This micro manager needs a rest.

Rosie the electrician has to put the pedal to the metal.

A very large crane has to drive up a very small street to install by air Mark's selection -- the 2000-pound Jacuzzi.

Of course the crane isn't large enough.The UFO hanging over Mark's house may not make it into the backyard.

The Jacuzzi, thanks to some well-positioned ropes, is a serious swinger.

Jeff feels the need to vacuum.

Zoila and a massage chair have a close encounter.

She tells Jeff she wants one for Christmas.

We barely make it for a late night reveal.

Mark says, "Gorgeous," and Yeni squeals, "This is definitely me."

We end Season 1 of Interior Therapy with Jeff Lewis, a show I am so proud to have been a part of. Thank you to all who tuned in, all the couples/families that shared their space with us, Zoila for being the queen of cleaning, and to Jeff for being the ultimate roommate.

Until we meet again!

Ryan's Not So Sexy Style

Operation Love is a Success!

Zoila Shops for a New Pair of Breasts

Jenni Pulos on Being a Mom

Can't Deal with Giving Up Power

Hurting People in the Process