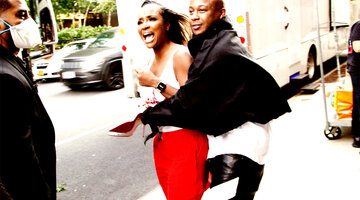 Now Playing
2:59
Preview
Your First Look at the Married to Medicine Season 9 Reunion 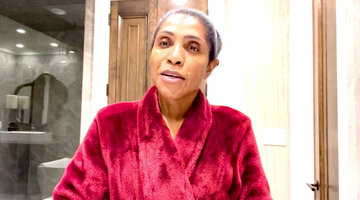 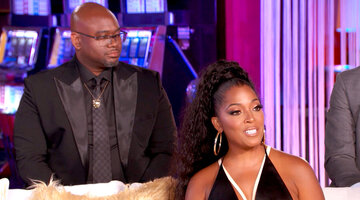 1:23
Preview
Eugene Harris to Quad Webb: "What Do You Have Against Us?"

Fans got just what the doctor ordered at BravoCon 2022: an exciting Married to Medicine announcement from the cast themselves.

Suffice to say, everyone delivers in the first-look. Dr. Heavenly and Dr. Contessa even get the party started early, as the trailer shows host Andy Cohen inquiring about a confrontation that took place before the reunion began.

"Contessa came in trying to attack me," Dr. Heavenly tells him before a flashback shows Dr. Contessa confronting her, saying, "You talk s--t on social media but when it's time to talk, you don't have nothing to say."

That conversation is sure to continue during the three-part reunion, as is the one centered on Toya and Dr. Eugene Harris' marriage after Quad makes a shocking accusation.

The surprises don't stop there, though. Once Anila's home burglary comes up, both she and Quad reveal they went through with the polygraph tests they first mentioned during the cast's trip to the Blue Ridge Mountains.

Toya's take on the matter? "That's not admissible in court, girl."

Watch Married to Medicine on Bravo Sundays at 9/8c and next day on Peacock. Catch up on the Bravo app.

Contessa Has No Regrets About This Married to Medicine Moment