MDLNY Sneak Peek: Not Everyone Is Welcoming at Fredrik Eklund's L.A. Open House 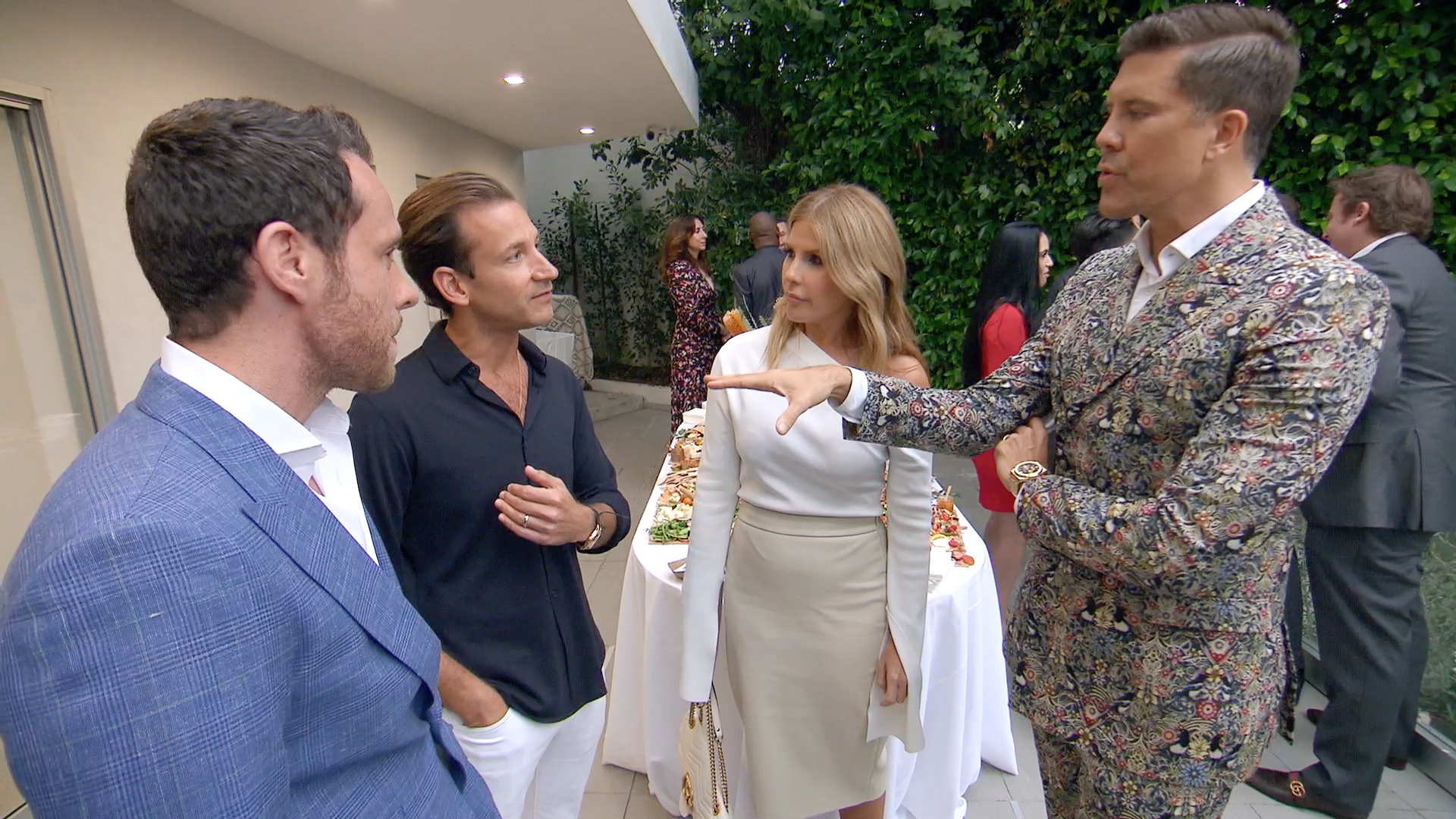 In last night's Million Dollar Listing New York, we see Fredrik Eklund holding court at an open house… in Los Angeles! Which at first is a is a bit disorienting because Fredrik is the embodiment of Manhattan, and to see him basking in the Cali sunshine and among the palm trees is a little jarring for us viewers.

Back to the open house, though: The newly-minted bicoastal broker is showing off his West Coast listing — an immaculate $7.995 million, 6,500-square-foot, five-bedroom manse — to his Bravo colleagues and Million Dollar Listing Los Angeles brokers James Harris, David Parnes, and Tracy Tutor. And in a preview for next week's episode, we see that while the trio is happy to bring him into the California real estate fold, there are murmurs of a rift between Fredrik and Josh and Heather Altman. (Watch the full preview in the video above!)

“We’re delighted that you’re here,” James says, to which Fredrik replies that mostly everyone has been really welcoming… everyone but the Altmans.

James responds, “Welcome to the club, my friend! The truth is he gets funny when he gets scared and he’s threatened and he’s the same way with us, because you’re a successful guy and now you’re going to take that business away.”

Tracy, however, is quick to disagree, saying, “I absolutely could not disagree more. Josh is not worried about you taking business. There’s business for everyone, but you didn’t tell him!”

How will this real estate drama unfold? Tune in to next week's MDLNY on Thursday at 9/8c to find out!

Who Made the List of Top Realtors in Los Angeles?