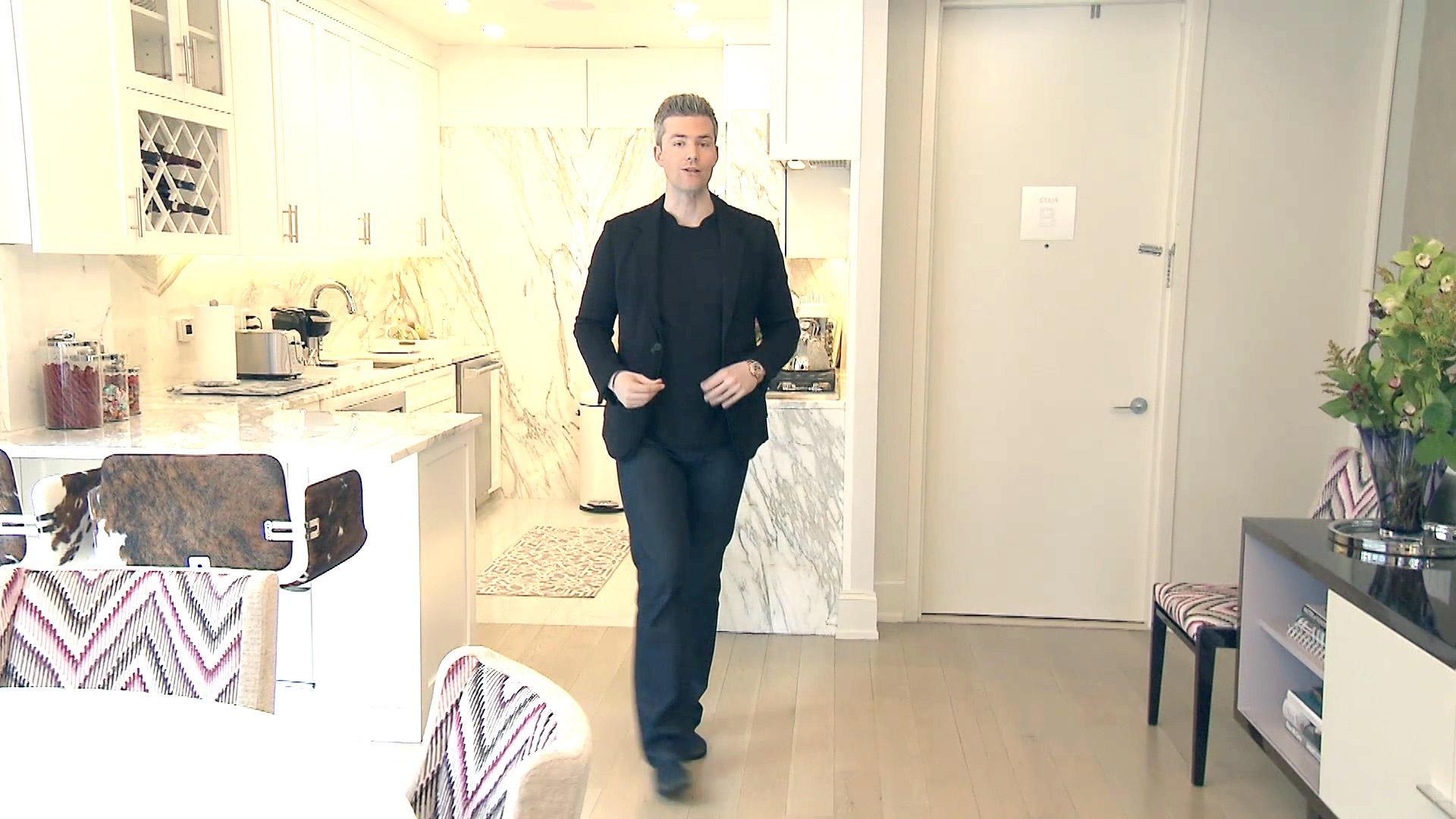 Real estate powerhouse Ryan Serhant has likely staged hundreds of apartments. So, how does the star of Million Dollar Listing New York and Sell It Like Serhant outfit his own penthouse pad? Let’s take a tour inside Ryan and Emilia’s downtown digs and get a closer look.

Okay, hands down our favorite thing about the space is Ryan’s cozy reading nook. Sure, it’s flanked by a pretty fab terrace and expensive art, but it gives him a special spot to enjoy one of his favorite tomes, The Andy Cohen Diaries.

What else is there to like? Well, Ryan’s keyed elevator entrance opens to a top of the line kitchen oozing with Carrera marble — not just on the countertop and backsplash, but on the walls as well. The kitchen flows into a stunning open loft living space where one would expect starched modern furnishings befitting of most New York showplaces. But here’s the twist, Ryan and Emilia’s living room actually looks like a place you’d like to kick back in after a long day — it’s comfy even. Guess they do a lot of cuddling up on the couch when Ryan isn’t, according to him, watching the Patriots and barking requests for sustenence. “I like to sit here and watch the Patriots win, except for that one time, and then say, ‘Emilia, food!’”

Watch the entire tour above ... and you just might learn how Ryan created a walk-in closet seemingly out of thin air.