This week I am going to share something unusual with you: my older brother Sigge's speech to me at my wedding night on the island. I cried listening to him, resting my head on Derek's shoulder, as my brother stood there in the sand with the warm ocean behind and the stars above.

For those of you who don't know me, I'm Fredrik's older brother.

It's been an interesting journey being the older brother of a witch. Many of you know this but for those who don't: Fredrik was born a witch.

Preview
Fredrik Walks Down the Aisle 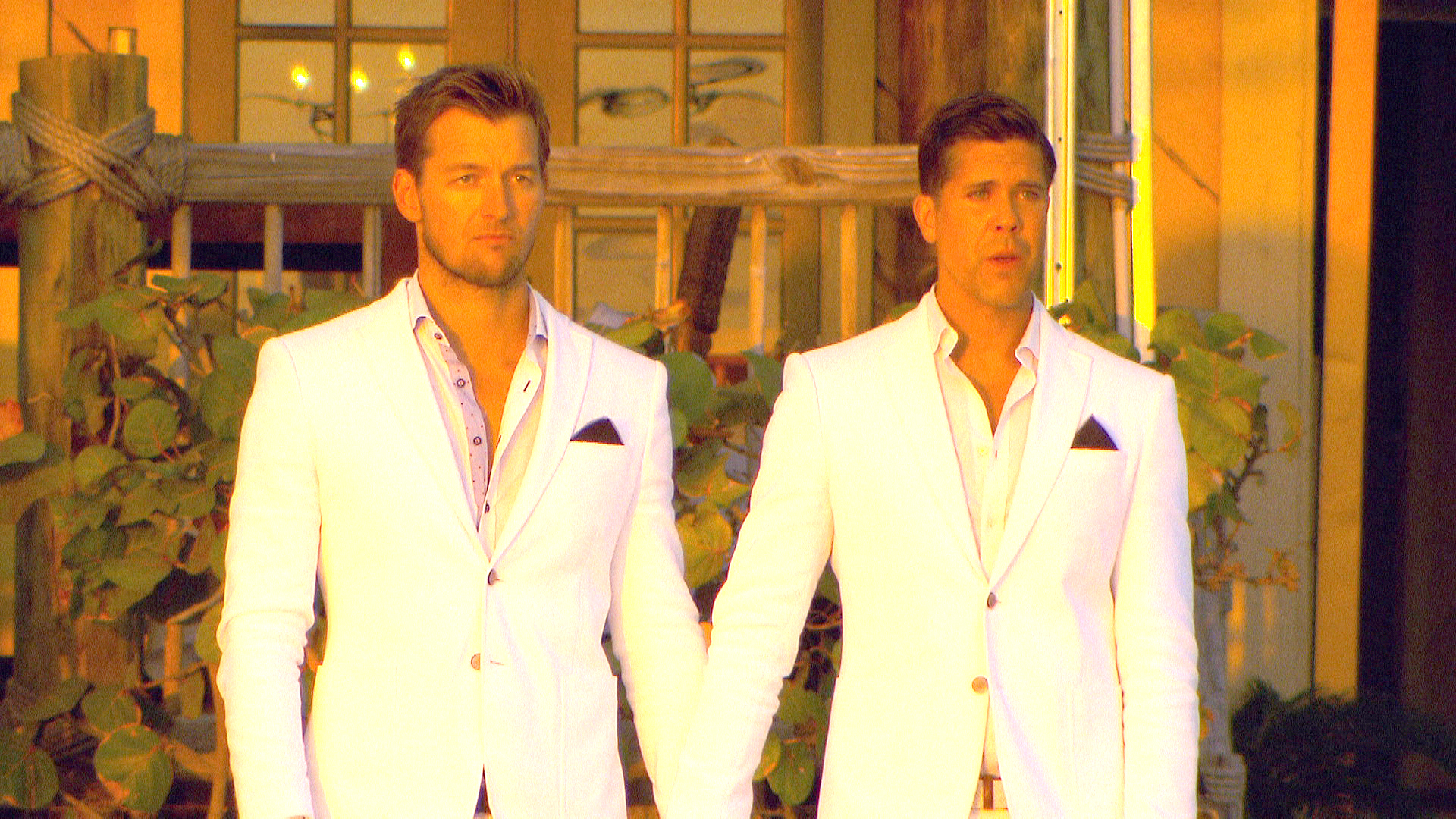 At least he told me so one day.

When he was five and I was eight, he said that from now on he didn't want me to call him "my little brother" anymore -- but "my little witch."

He also started dressing in black. His favorite piece of clothing became a black pointed hat.

I don't know if I ever truly believed any of this, and as we grew older, one would think this witch-business would stop -– but instead it intensified. I remember when I came to visit him in his first office at his first company. We walked around, and then he said that the witch inside him had told him that I should invest in the company.

In the end, he moved to New York.

It was very exciting for me to visit him there for the first time. I remember one morning. He had woken up before me and was standing on the balcony, by himself, overlooking the city. And I watched him from behind –- it suddenly struck me. He is not a witch.

He is a wizard!

He doesn't foresee the future -- he creates it. If you think about it, it's true.

Only a wizard can move to New York with 60 dollars and a pair of sneakers -- and become the top broker in the city. Only a wizard can want to do a television show -- and become the star of the biggest real estate hit show. Only a wizard can give so much meaning to so many people's lives. Look at the offices in Sweden, where 50 people work because of him. Look at our three children -- how you've made their childhood so special, by taking them on trips, sharing your life with them, showing them that being generous is the best way to live one's life.

It's amazing to watch as the wizard points his magic wand around him. And wherever he points it -- things happen, things change, things come alive.

Still the person who came to our house three years ago was no wizard. When you had met Derek, you were a nervous little boy who said that you had met the love of your life. And you were panicking, because you had no use for your magic wand this time. As we all know -- no one can MAKE someone fall in love with them. Not even a wizard.

Fortunately though, Derek did fall in love with you, as you had with him. And when you later were engaged we were so happy, because we had seen the two of you together and we loved Derek so much.

You know. . .being an older brother is to always feel protective over one's younger brother. Especially if he used to be a witch. It's been with me my entire life, as long as I can remember that. . . fear -- of always wondering if my little brother is safe.

That makes this day even more special for me. I see Derek beside you now and I know that finally, the wizard is safe and has found balance.

I love my little wizard.

All Posts About
Fredrik Eklund
You May Also Like...
Recommended by Zergnet
Latest Posts

7 months ago
See All Clips