To What "Magical Place" Are Ryan Serhant and Emilia Bechrakis Jetting Right Now? 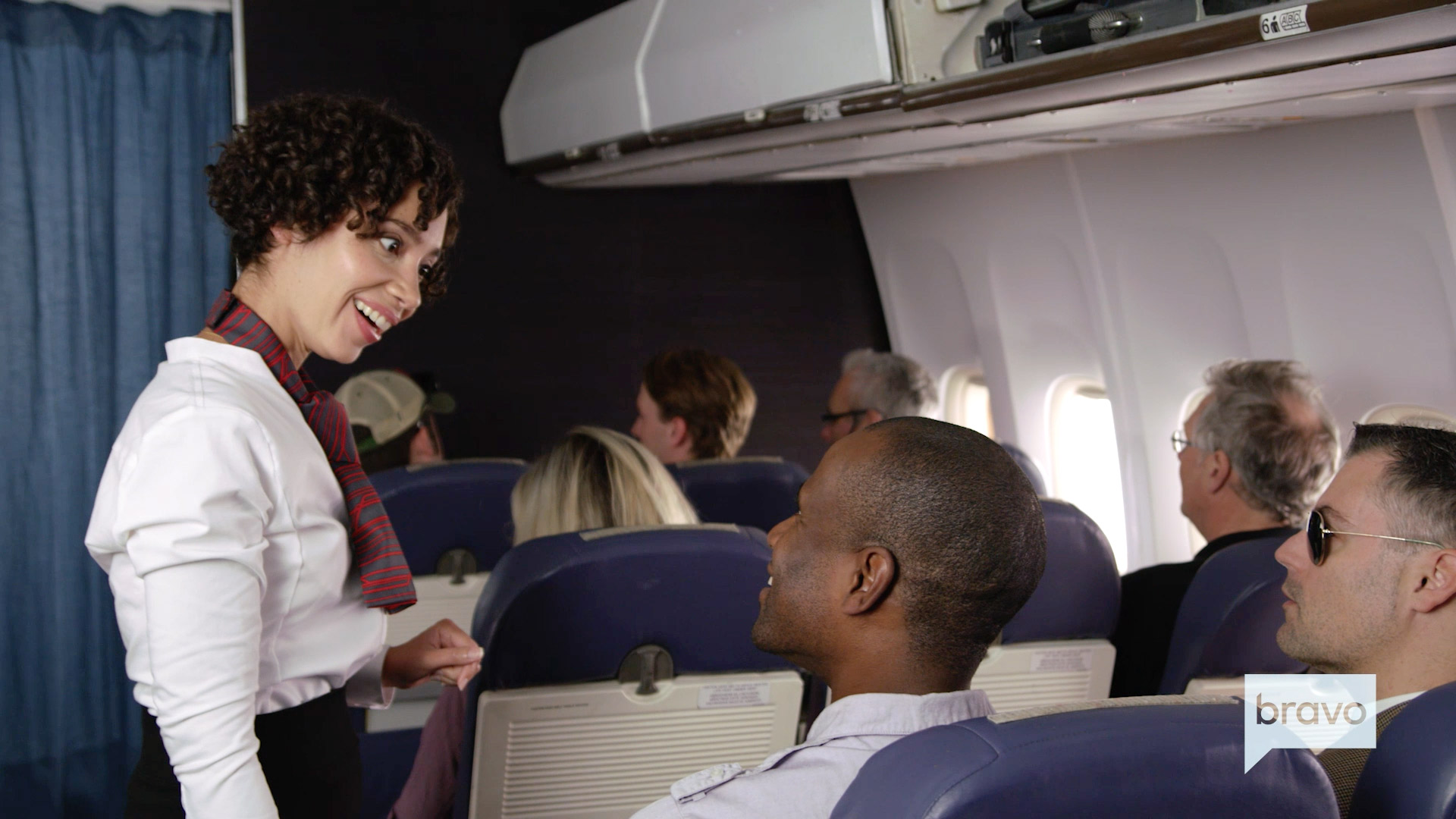 Ryan Serhant is more than a year and a half into his marriage to longtime love Emilia Bechrakis and there appears no end in sight for the honeymoon phase when it comes to this jet-setting couple, who married in Corfu, Greece — picture-perfect destination nuptials that were filmed for Million Dollar Listing: New York.

The pair set off from New York City on Monday for an epic journey... in a very luxurious upper-class airplane cabin. "Off to a magical place," Ryan captioned the first Instagram image he shared from the adventure about to unfold, adding, "Come with us?" (Oh, don't we wish.)

Off to a magical place. Come with us? ✈️

Over on his Instagram Stories, he showed some more BTS context... including some footage of Emilia cleaning her luxurious seat with antibacterial wipes... as well as some insight into his airplane reading. (Yes, he's prepping for Sell It Like Serhant while en route — work hard/play hard!)

And a described a bit of a hiccup in the whole process. Shooting from an airport lounge, he said: "We landed in Dubai. We missed our connecting flight because apparently there was an ice storm in New York that threw us off." (We hate it when that happens.)

But before too long, the pair were on their way again. And we can't wait to see where they land! "We travel a lot for speaking engagements and stuff that for any weekend we aren't traveling, we really just like being [in New York City]. And so we're just going to like hang out and stare at each other and stuff like that," Ryan told Jet Set in an earlier interview.
He added that they make a great pair of travel companions, and that travel further bonds and connects them: "She's a big traveler, growing up in Greece and going to school in London. I never was. And so, yeah, it's something we could do together. What I love is my job is inclusive of her life totally. It's not like I work at a bank and then I come home. Like she's a part of my life all the time. She's not with my when I'm with clients and on showings, but she comes with me on work trips, speaking engagements, filming, you know, she's helping me figure out how I'm gonna help that person on Sell It Like Serhant because I have no idea how to help them because they're terrible. So it's been great. And we get closer every day."

We Know the Secret Paradise Where Naomi Campbell Is on Vacay