Sweetgrass was really in the weeds. It was hard to say what was more scattered in this salon/wellness center -- the management or the decor. Somehow Tabatha was able to pull the staff together and get them back to their grassroots message of inner beauty. But not without some not so sweet struggles.

Lovable hippie and owner Tim wanted to create a warm, welcoming space for his customers with a folk art friendly vibe. However he somehow managed to make the decor so cluttered, colorful, and kooky that it was more frightening than funky. It was all too much for Tabatha, who felt like she was on a bad acid trip. (Not exactly shocking given Tabatha's sartorial philosophy of black or bust.)

And to top it all off, the front desk was made from a bed frame and an old door. Both of which were junk Tim picked up on the side of the road. In this age where bed bugs are far too common, Tim should maybe rethink that strategy. And also perhaps have invested in a real desk before this. I mean really, is there no Ikea in Atlanta? 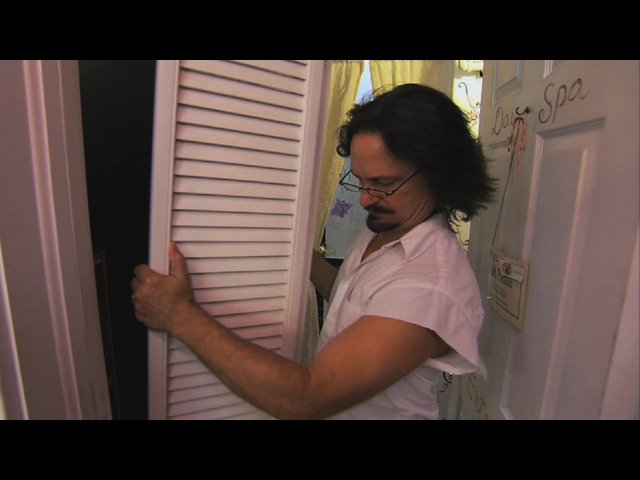 Clearly Jacklin had been letting her frustrations build up for quite some time. To the point where she left before the take over was complete, which I believe is a Tabatha first. That girl was over it. And it wasn't too hard to see why when Brian came in only to yell at her and tell her she should leave while Tim mumbled some half-hearted words about her importance to the team. What happened to the whole supportive community vibe Sweetgrass was going for? 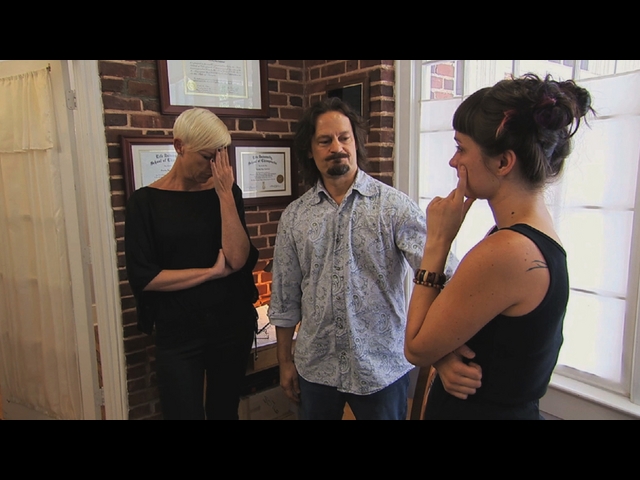 The management situation was very strange at Sweetgrass. Tim was the owner, but he basically demoted himself to handyman and passed off all managing to Brian. That may not have been the worst thing in the world had Brian been a good manager. Unfortunately such was not the case. Brian's strategy of getting rid of people, since he didn't have the power to fire them, was to be so passive aggressive that they just got up and left. It was one of the most absurd systems I've ever witnessed on the show. Luckily for Sweetgrass, Brian didn't survive the six weeks after Tabatha's takeover, and Tim finally settled back into an active manager role.