Show Highlight
Why NeNe's Not Friends with Cynthia

This season of The Real Housewives of Atlanta, we've seen something that we never, ever thought would happen: NeNe Leakes and Cynthia Bailey are friends again. Not only that, but they're almost acting like their fallout over NeNe calling Peter Thomas a "bitch" and the subsequent shade throwing on and off the show never even happened.

But we're definitely glad that these two found a way to work things out, especially since the voiding of their friend contract over two seasons of RHOA was slow and painful to watch. It's difficult to look back at all of the emotional moments from RHOA and the ladies' appearances on Watch What Happens Live in which they declared that they would never be friends with each other again. However, all of these moments also serve to show us just how far NeNe and Cynthia have come.

1. Cynthia: 'I'd rather not be friends with them if that's gonna be the case.'

The morning after NeNe called Peter a "bitch," he and Cynthia actually seemed hopeful about reconciling with NeNe and her husband Gregg Leakes. However, Cynthia said that NeNe crossed a line with her comment, and if she couldn't recognize that and show some compassion, the RHOA model said she wasn't interested in continuing this friendship any further. They may not have known it then, but this was the beginning of the end of NeNe and Cynthia's friendship... temporarily, at least. 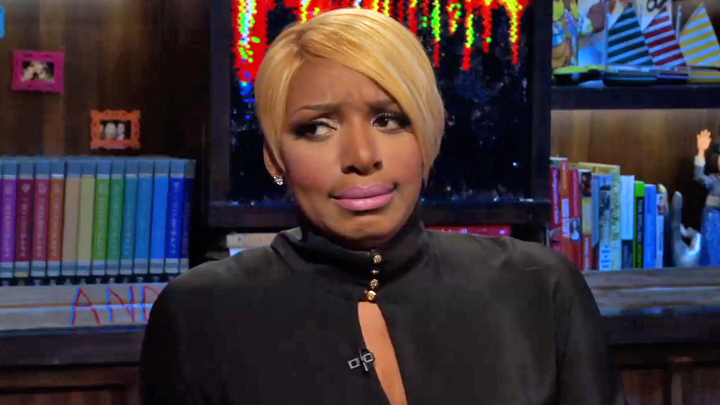 In a one-on-one interview with Andy Cohen on WWHL, NeNe said Cynthia wasn't "really bringing anything to the show" and called her out for changing her allegiance among the 'Wives. She capped that off by saying that the two were "not cool anymore," and from that moment on, it looked like they never would be.

3. Cynthia: 'She was never my friend... She's actually my worst enemy.'

Even though NeNe had some harsh words for Cynthia during her one-on-one interview, Cynthia was surprisingly happy to hear them. "I'm actually glad that she did that show with you because it actually validated that she was never my friend, that she's actually my worst enemy. For her to go on national television and say such things is just unheard of," Cynthia told Andy during her appearance on WWHL in April 2014. "NeNe doesn't control my destiny; God controls my destiny. And I was relevant before the show, I'm relevant on the show, and I will be relevant after the show." Obviously, that wasn't the last we saw of Cynthia on RHOA, and it wouldn't be the last time we heard about her feud with NeNe, either.

4. Cynthia: 'Unfortunately, sometimes you just come to the end of the road with people.' 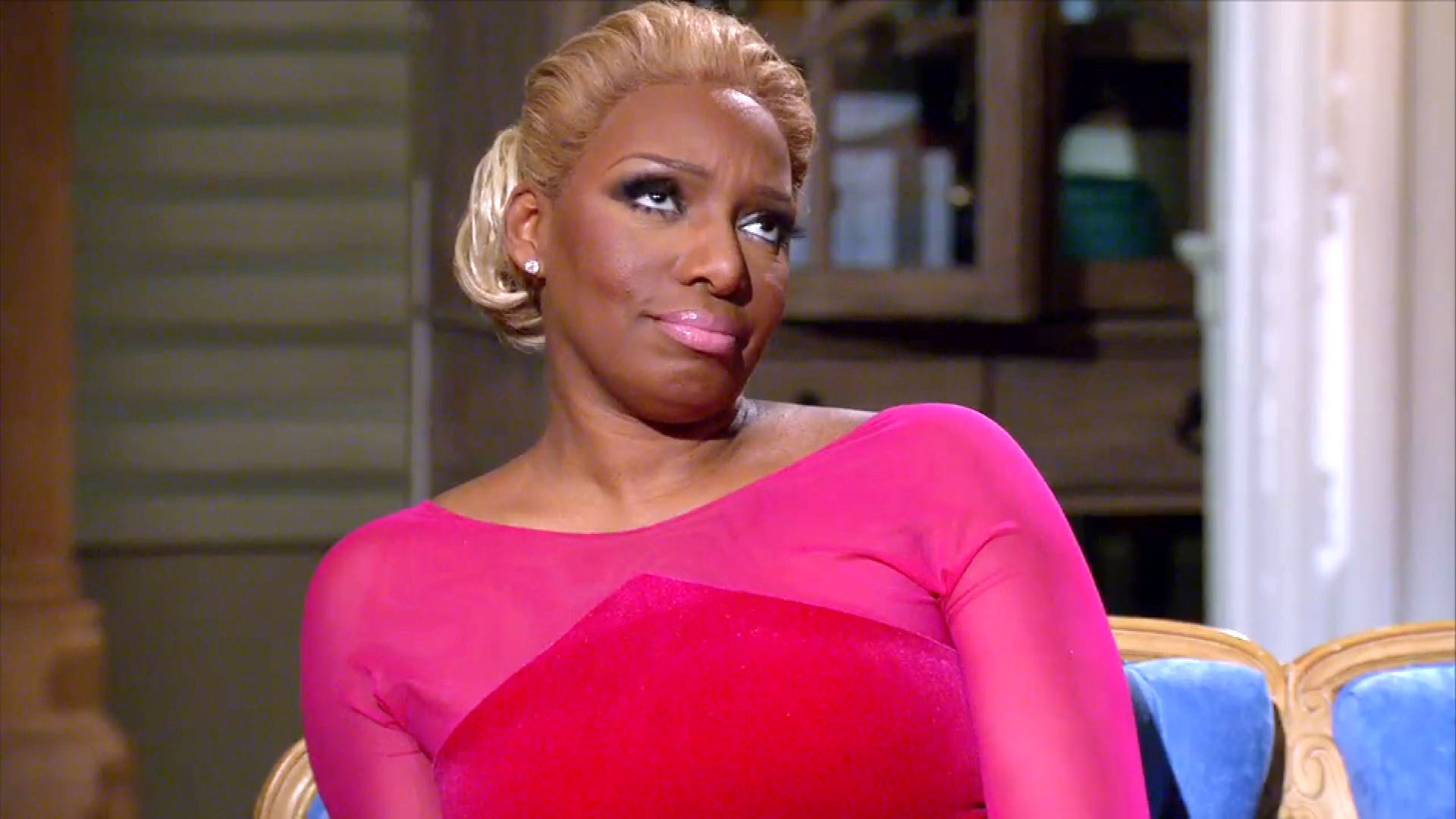 In talking about their friendship during the RHOA Season 6 reunion, neither NeNe nor Cynthia really knew where it could go from there. However, Cynthia seemed to be more certain that their relationship wouldn't be going anywhere but down in the future. "You know, you can't just push a button and say OK, I have no feelings for NeNe anymore," she said. "I mean, I'll miss NeNe, but I'll be OK. Unfortunately, sometimes you just come to the end of the road with people."

Show Highlight
NeNe: "I Loved You Like a Sister" 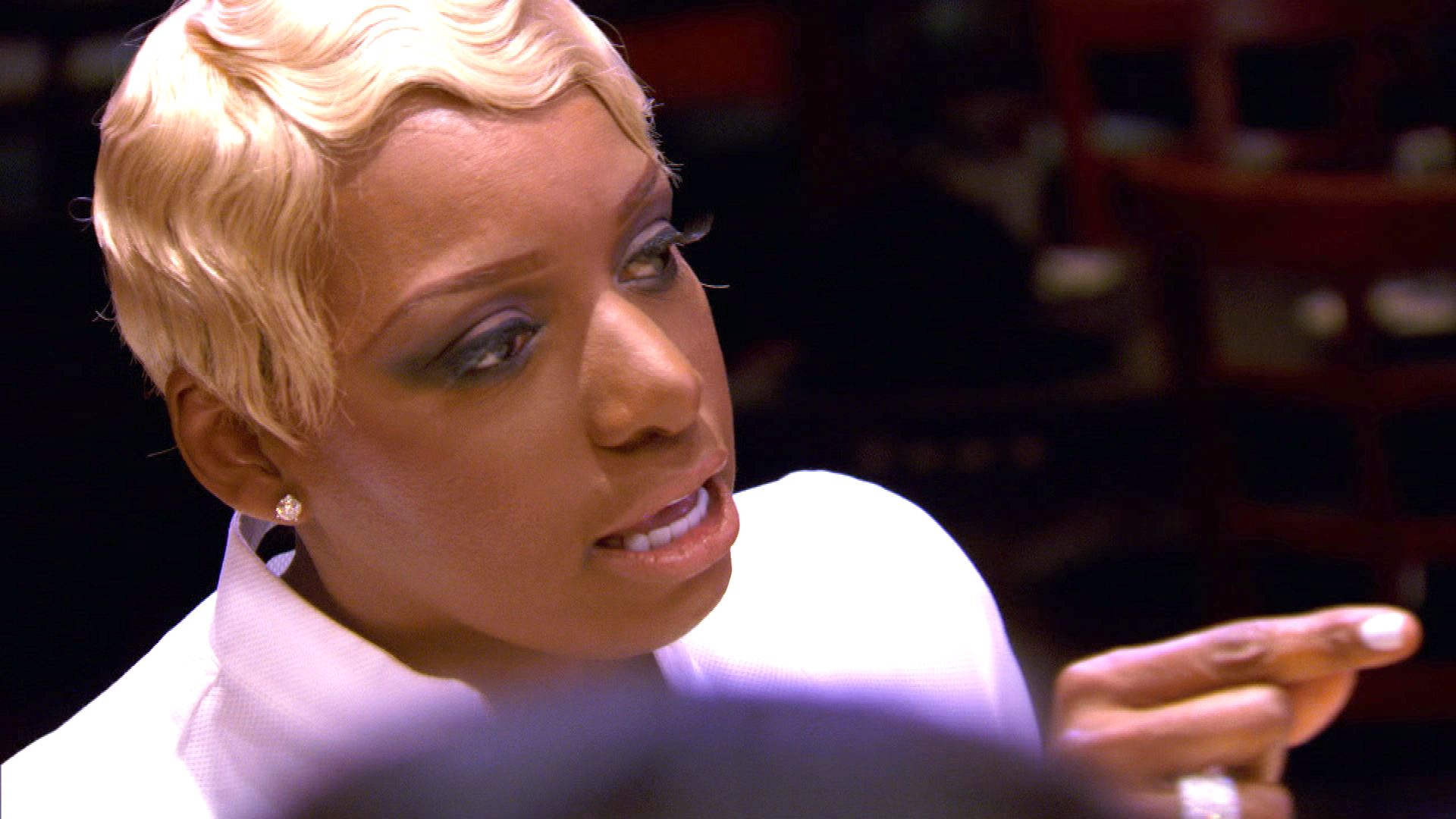 Kandi Burruss played peacemaker and gathered the cast together for a dinner last season of RHOA to try and help facilitate a resolution between NeNe and Cynthia. The emotional meal got off to a rocky start as NeNe ripped into Cynthia, saying how she has always been a true friend to her and that she even loved her "like a f***ing sister." The whole thing really just drove NeNe to the point of exasperation with Cynthia, as she showed with the delivery of her famous parting line. 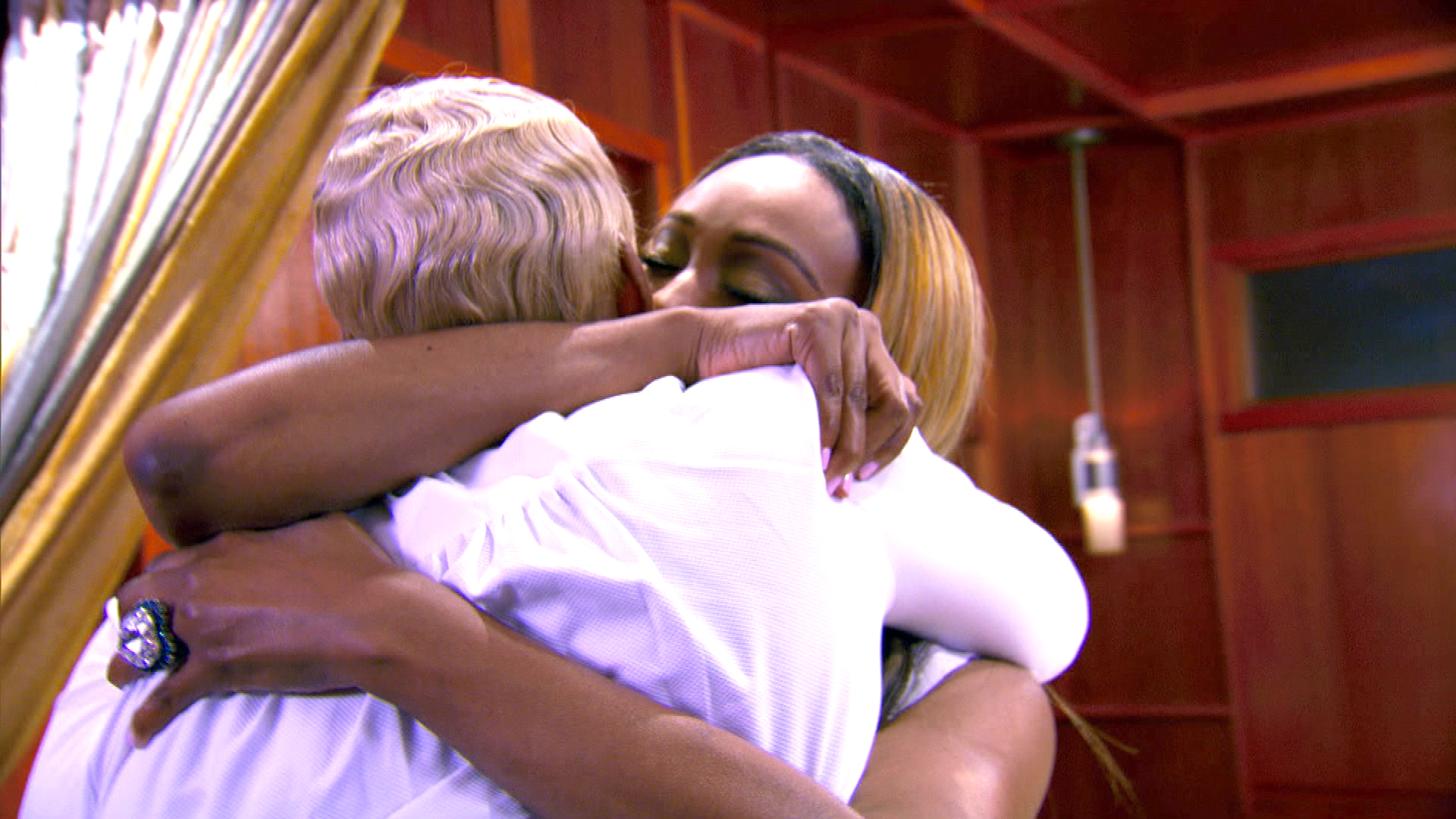 Kandi's dinner actually ended with NeNe and Cynthia vowing to move on. They even hugged it out. However, NeNe wasn't really 100 percent on board with that. "All I know is when people do me wrong, I have a very difficult time letting them be close to me again," NeNe said in an interview during the episode. "I'm just telling you how NeNe Leakes is. I never make the same mistake twice." Later on that season, we would see that NeNe meant it.

7. NeNe: 'I say I never will be friends with Cynthia again, and I never will, and this is the truth.'

NeNe vs. Cynthia vs. NeNe vs. Kim 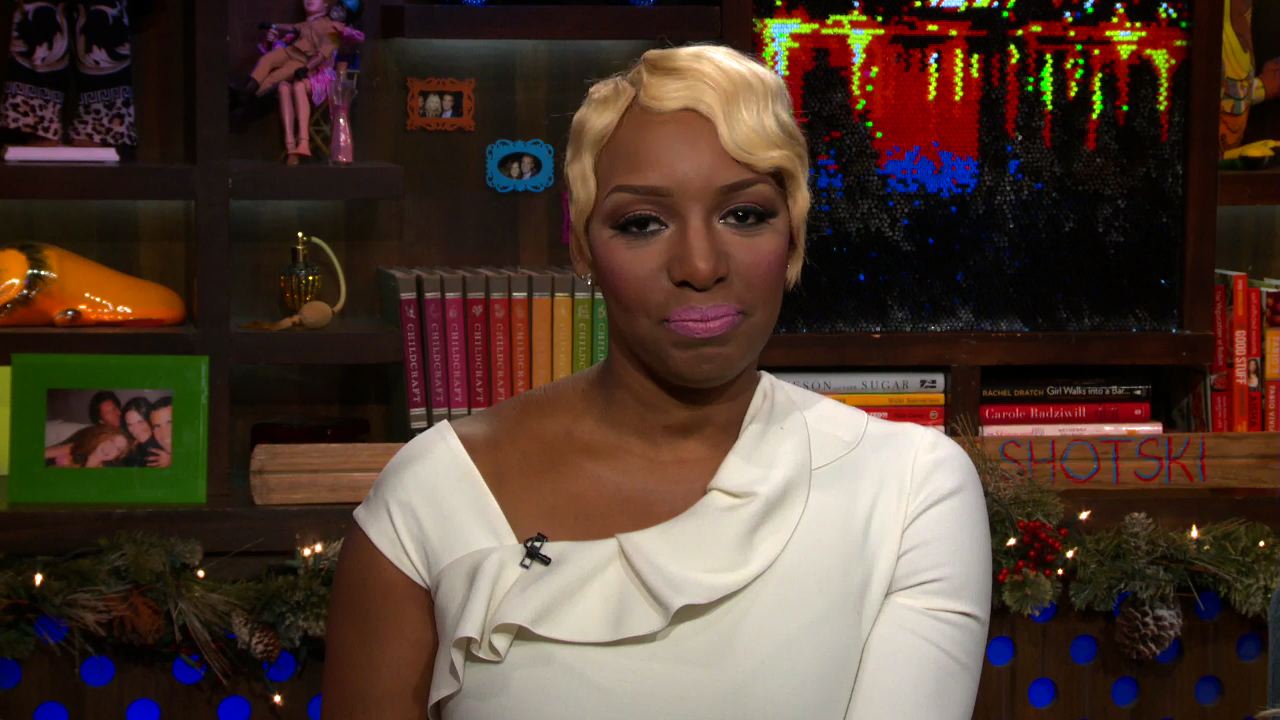 NeNe's friendly appearance on WWHL with Kim Zolciak-Biermann, another RHOA castmate she famously had a falling out with, in December 2014 almost gave us hope that NeNe and Cynthia could also one day be friends again. However, NeNe eventually proved us wrong as she explained why her situation with Cynthia was different than what happened with Kim. "I say I never will be friends with Cynthia again, and I never will, and this is the truth," she said. "I feel like Cynthia is making it seem as if I've really done something to her. When I watch the show I'm thinking, did I really? Did I do something so horrible? For someone that you have been really good friends with, I'm just thinking did I do something so horrible to her? And the way she's changed. I mean, Anna Mae needs to get a new storyline." Fortunately, NeNe and Cynthia's situation did prove to be like NeNe and Kim's.

Show Highlight
NeNe Would Go to Lunch with Cynthia... 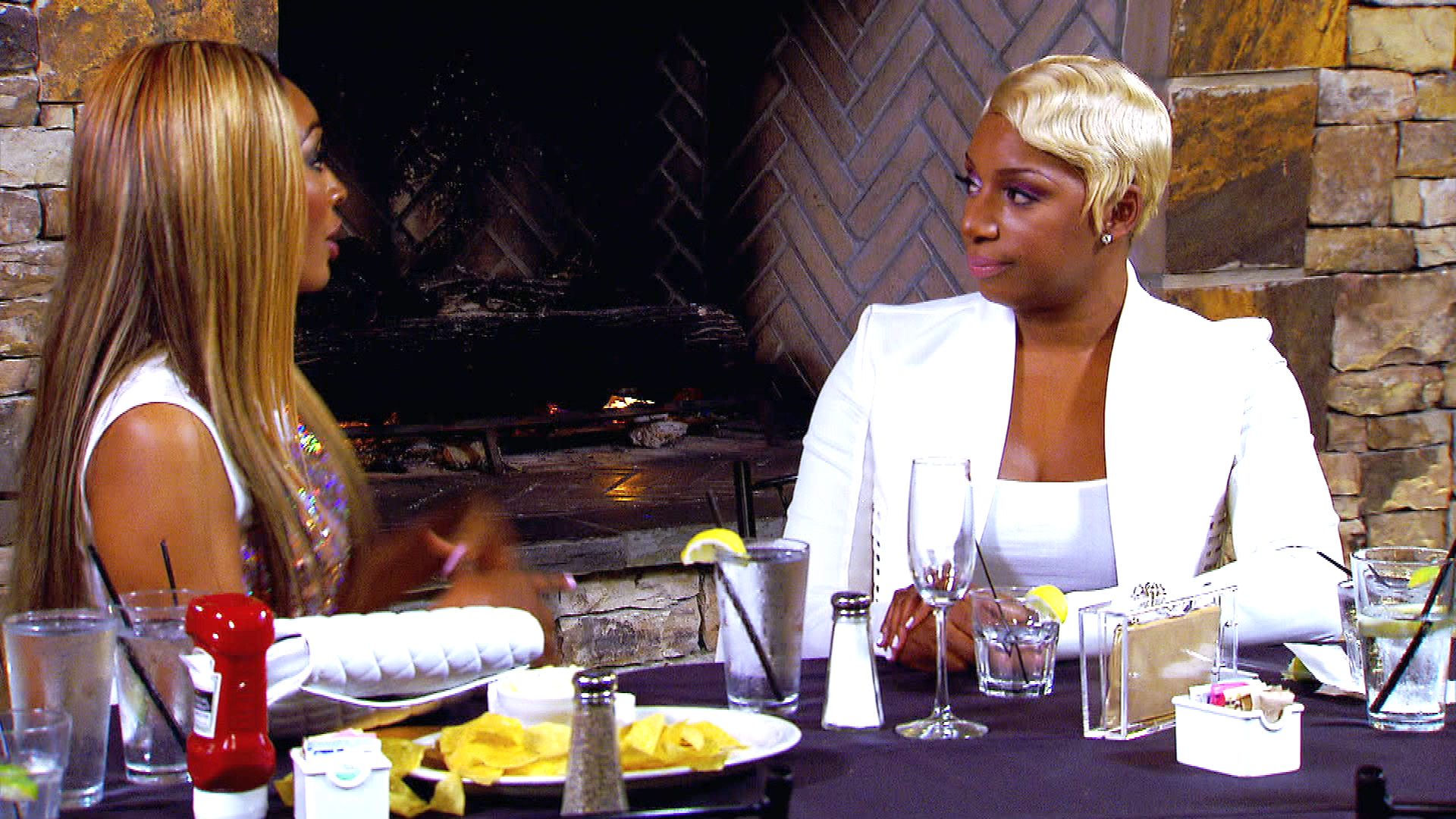 Cynthia and NeNe sat down for another meal together to try and hash things out during Season 7 of RHOA. And again, it looked like Cynthia was much more willing to move on than NeNe was. "I'm a human. I need time," NeNe explained to Cynthia. "I feel like we could possibly get back to where we are, but that's going to take some time." When Kenya Moore suggested that maybe NeNe and Cynthia could have a deeper conversation over lunch, NeNe wasn't really having it. "That probably won't happen," she responded. "Maybe in a couple years we could go to lunch." Luckily, it didn't take that long for NeNe and Cynthia to share another meal together. 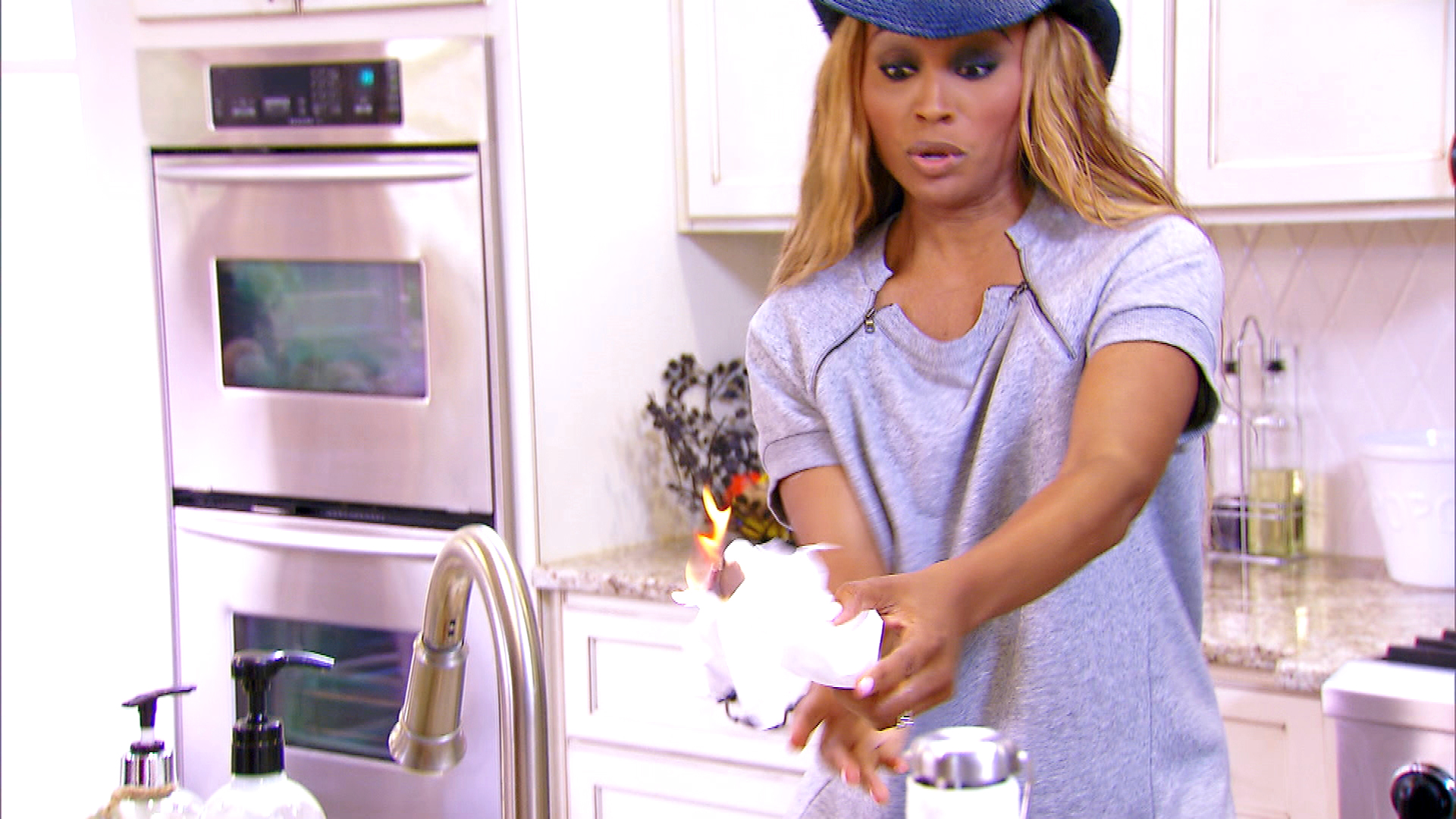 NeNe was reluctant to sign Cynthia's friend contract back in Season 3, but it was Cynthia who actually broke it once and for all. Or should we say burned it? When Cynthia's sister Malorie Bailey-Massie dug out the document last season, Cynthia destroyed it by setting it ablaze in her kitchen sink while shouting, "It's over! Friendship contract is dead! It's over!" If that wasn't a sign of Cynthia's true feelings for NeNe at the time, we don't know what is.

Show Highlight
Why Cynthia's Not Friends with NeNe

Cynthia gave her side of her breakup with NeNe during last season's RHOA reunion. She said the last straw was when they were in Las Vegas on vacation and NeNe threw shade at her in her blog instead of confronting Cynthia directly. "At that point, I was just like, you know what? I'm not gonna force this," Cynthia said. "It just was never really the same." Cynthia said she never wanted to discuss why she and NeNe fell out after the reunion, and now that these two have patched things up, hopefully she'll never have to.

Can Cynthia Salvage Her Friendship With NeNe?