Andy Cohen Reveals the Housewife Who Texts Him the Most, His Best Smoking Buddy, and More 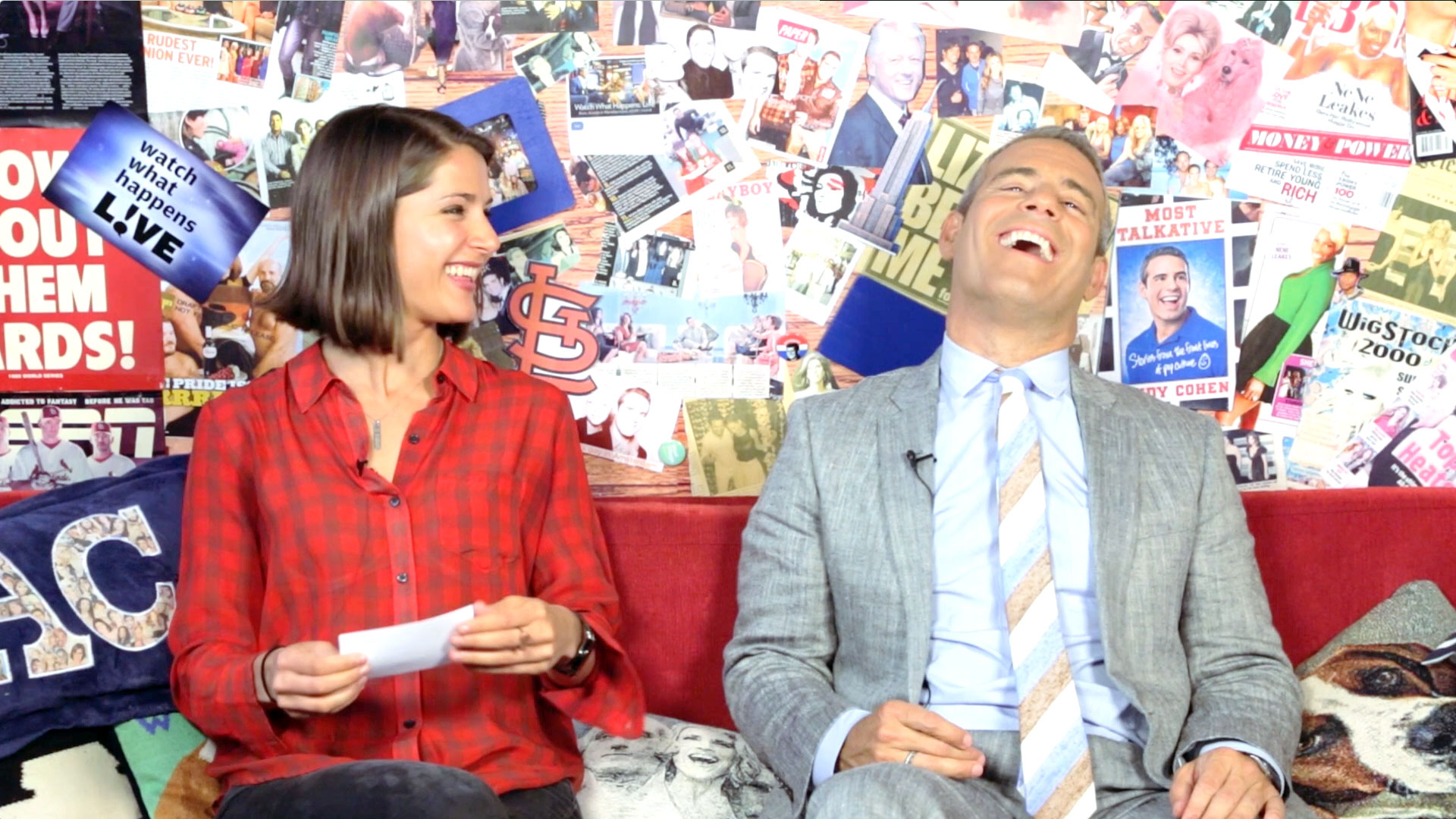 Ever wonder which Housewife texts Andy Cohen the most? Or, if he'd let any of the 'Wives babysit his beloved dog, Wacha? Well, during the latest installment of Ask Andy, things got real during a game of "Real Housewives Awards (We Should Give Out)" with Andy sharing his picks in a range of oddball categories. Check out some of the winners below.

Least Likely to Babysit Wacha:
Kim Zolciak-Biermann because "she's got too many kids already."

Best Smoking Buddy:
Heather Thompson and Carole Radziwill because "those are two ladies who know their way around a joint."

Most Fun to Party With:
Vicki Gunvalson and Tamra Judge

Holds Their Alcohol the Best:
"All of them."

Most Combative:
Bethenny Frankel because, "She's tough, she says exactly what she's thinking. You're not going to fight with her, but you might tussle."

Most Likely to Convert Andy to Heterosexuality:
"I don't think it's going to happen unless they throw a husband into the mix."

Most Likely to Make Andy Pee His Pants Laughing in an Episode:
Bethenny Frankel

Don't forget to share your pick for Most LOL-Worthy 'Wife

Most Likely to Text Andy:
Bethenny Frankel or Sonja Morgan

And don't forget to tune in to Watch What Happens Live tonight at 11/10c for the official reveal of this year's Real Housewives Awards winners. Cast your final votes here!

Which Housewife Does Christina Hendricks Think Is "Consistently Nuts"?