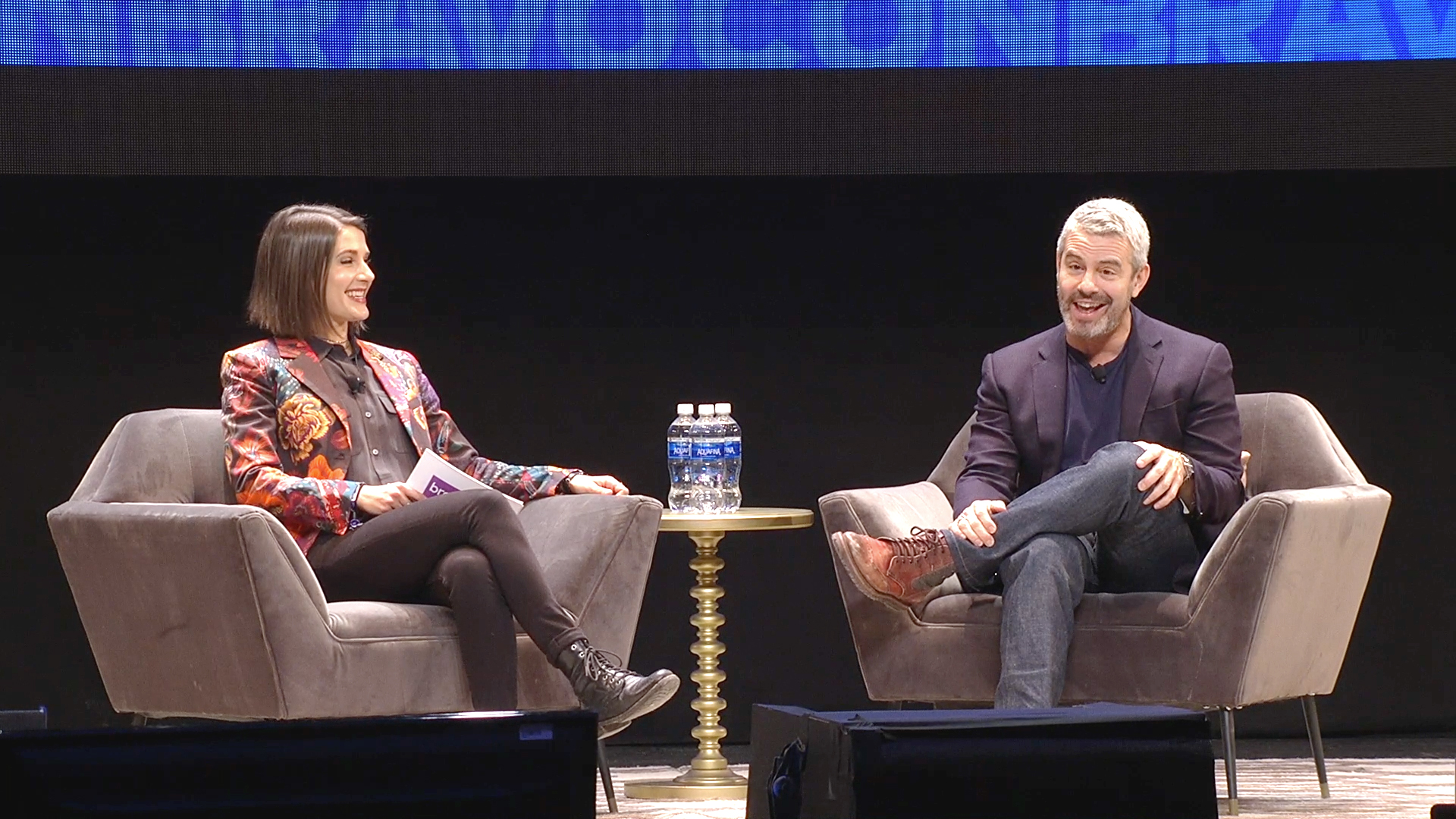 Slowly but surely we're learning more and more about what fans can expect from The Real Housewives of Salt Lake City. And when Andy Cohen popped up on an Instagram Live session this week, he dished a bit about the first episode of the series.

"Actually I saw the first episode of The Real Housewives of Salt Lake City about two weeks ago, and it was really promising," he told a fan during the Q&A on Instagram.

Andy announced The Real Housewives of Salt Lake City during BravoCon back in November (clip above), and in an interview with ET back in February, the Watch What Happens Live with Andy Cohen host opened up a bit more about what fans can expect from the latest Real Housewives crew.

Andy shared, "Expect mountains, expect snow, and expect, you know, some Mormons. What would a Mormon Housewife look like? Stay tuned... a production company brought us unbelievable women, and the cool thing about Salt Lake City is, they're leading these aspirational lives. When you look at the footage, it is a fantasy life. For me, just the snow and the scenery and the lifestyle, it's really cool."

Senior Vice President of Current Production Noah Samton told The Daily Dish podcast of the series, "I think it’s gonna be a really fascinating show. You don’t earn that Real Housewives title... you know, we don’t give that out lightly. So, we have a lot of — it’s very early in the process, but we all have a lot of faith that it’s gonna be a great show."

And as for which ladies they've selected, he teased, "They check a lot of boxes that our viewers are looking for. They’re women with interesting families and family relationships and interesting relationships with each other. I think their backgrounds are actually sort of, uh, more interesting than you might normally see. We saw the development tape early on and jaws were dropping over what was, you know, what these women’s lives were like and who they were."