After Show
How a Below Deck Cameraman Saved Ashton Pienaar's Life 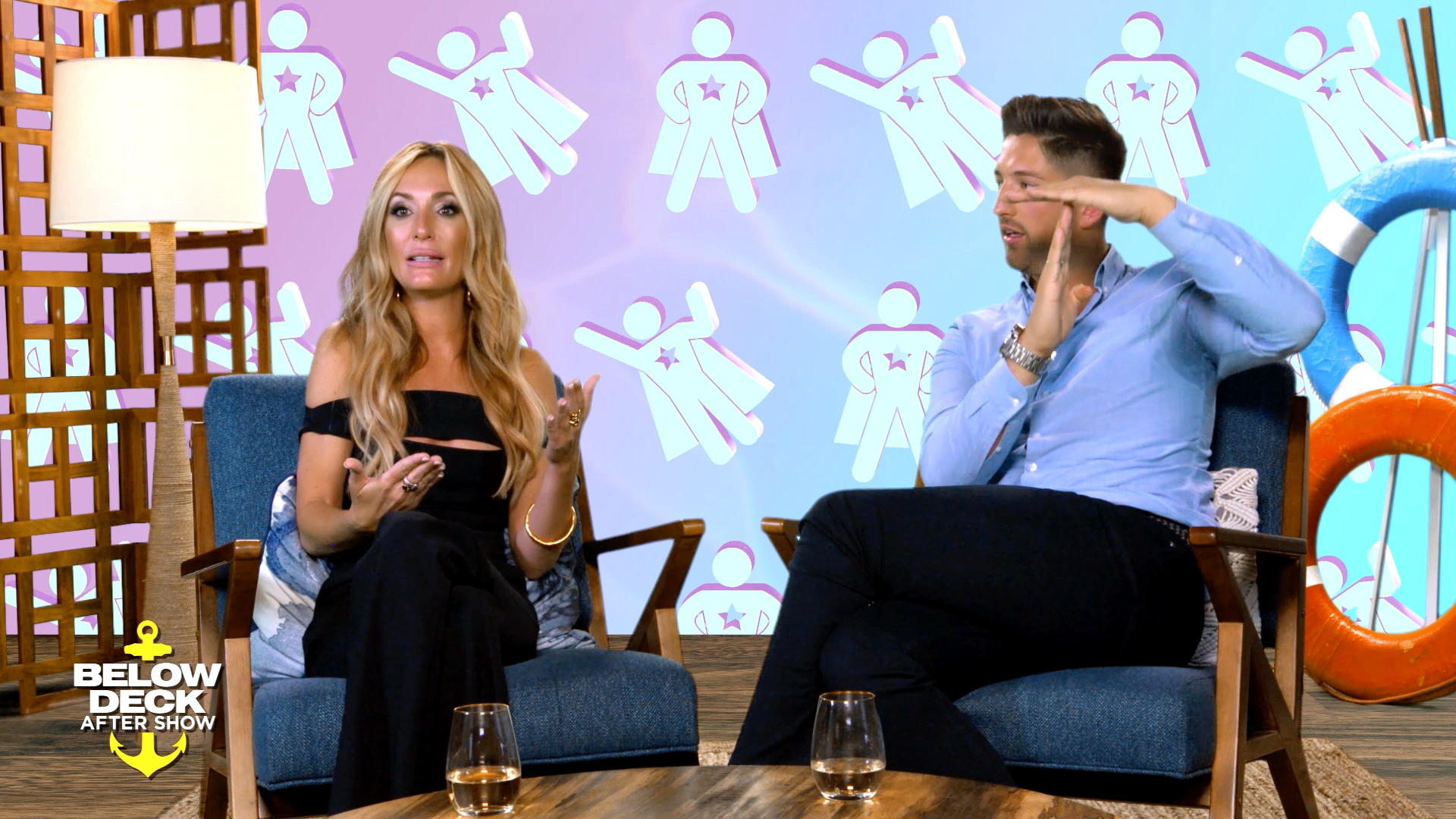 The fact that Ashton Pienaar is alive today after falling overboard on Below Deck is nothing short of a miracle — and he has cameraman Brent Freeburg to thank for saving his life.

After the tow line for the tender wrapped around Ashton's ankle and dragged him into the water, Brent dropped his camera and loosened the line. But right before he did that, Ashton mentally prepared himself for the worst-case scenario: that the line would tighten and sever his foot, ultimately resulting in his death. "It was so weird because in that moment, I remember just locking eyes with Brent, the camera guy, and I saw him unwrapping the line, and I saw Ross [Inia] working the line, too. And I almost thought to myself, 'Guys, it's too late.' And that's when I screamed," Ashton recalled in the Below Deck After Show, above. "When I felt that pressure is when I screamed and within a split second — I get goosebumps, and I'm shaking — but in that instance, that tension was just released. I couldn't believe it. You can understand going from that state of mind when you come to terms with it and now just that tension gets released, boom. I was in complete disbelief."

Cameraman Brent Freeburg Speaks out on Saving Ashton Pienaar: "We All Look out for Each Other on Below Deck"

Ashton opened up more about the incident during Tuesday night's Watch What Happens Live with Andy Cohen, and he described his emotional reunion with Brent after he saved his life. "It wasn't clear to me exactly what had happened, but when I got back on board, everyone was just like, 'Go and have a word to Brent.' And I was like, 'What do you mean?' There was a moment in the water where I was explaining earlier that my foot came up in front of me, and I was preparing for my foot to be ripped off, I remember looking at Brent, and I saw him frantically taking the line off the cleat, so I kind of knew he had something to do with saving my life," Ashton shared. "I think I just went up to him, and I just grabbed him and hugged him. I said, 'I don't know what to say to you, but I'm so grateful.' The man did save my life."

Kate Chastain said during the Below Deck After Show that they were all lucky that Brent was "the right cameraman" in the right place at the right time. "Brent has [worked on] Survivor, Amazing Race, like he's done intense things, so they always put him on the deck crew. So when you're shooting hours and hours and hours, you learn the job," she explained. "So no deckhands were around. He had to make a decision. Like, 'Do I drop my camera and save this person's life?' And then there's a very strict fourth-wall rule, which he chose to break, and I think we're all glad he did."

Captain Lee Rosbach  added on Twitter that, "Brent is a senior shooter and a certified diver so the water and safety are no stranger to him." He also called Brent "a hero" during the Below Deck After Show. "How many people can say they saved somebody's life? But he did," he shared.

But it was just all in a day's work for Brent. "There were a few of us that came together in the very last moments possible, to do an urgent thing," he tweeted. "Thankfully, we managed to get it done."

There were a few of us that came together in the very last moments possible, to do an urgent thing. Thankfully, we managed to get it done #belowdeck

He added in another tweet, "We all look out for each other on #BelowDeck."

We all look out for each other on #BelowDeck

Hear more about the moments following the overboard accident from Ashton's appearance on WWHL, below. 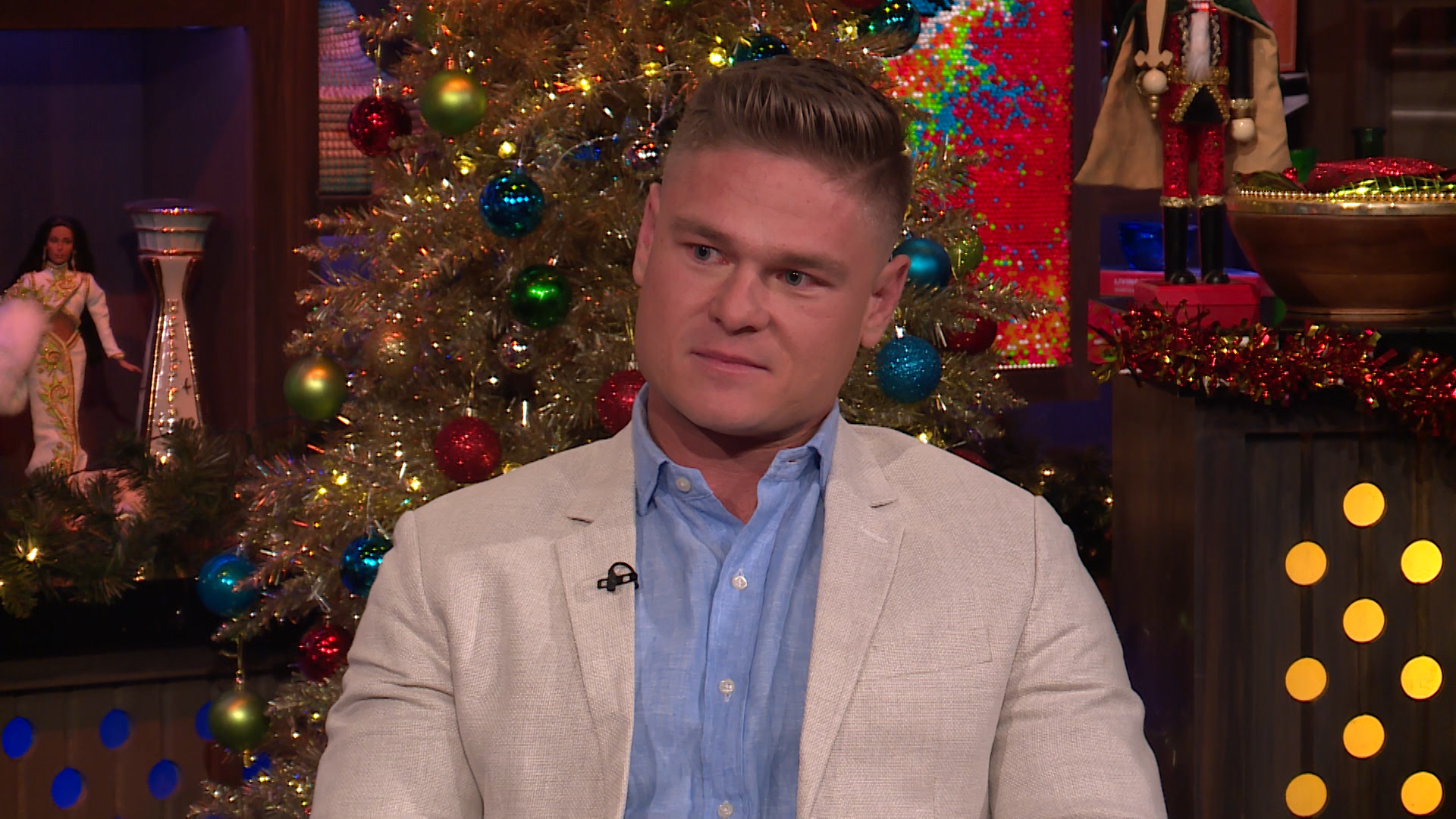 Ashton Shares an Update on Injury After Accident