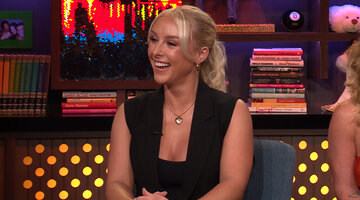 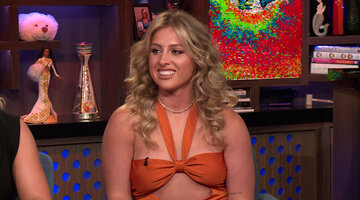 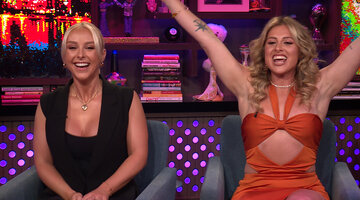 Below Deck Mediterranean fans have long wondered if there was something more than a friendship between Mzi “Zee” Dempers and Courtney Veale, and she finally addressed the matter during a recent appearance on Watch What Happens Live with Andy Cohen.

Asked by Andy if she and Zee “had any kind of romantic connection” during Season 7 of Below Deck Mediterranean, Courtney responded, “No, nothing.” The WWHL audience hilariously responded by audibly sighing, prompting her to add, “I know! But we’re, like, best friends.”

Speaking on behalf of fans, Andy insisted that “everybody wants” Courtney and her fellow deckhand to get together; however, she already seemed to be plenty aware of this. “Everyone wants us to get married and have babies,” Courtney explained. “But at the moment, we’re just best friends.”

The pair first met during Below Deck Mediterranean Season 6, and it didn’t take long for them to hit it off. They even shared a couple of kisses while aboard the Lady Michelle, but in the end, Courtney told Decider, she didn’t want to pursue a relationship while in a professional environment. “I thought Zee was great,” she said after Season 6 wrapped. “I’ve been in sticky situations on boats before with boatmances and I didn’t really want to get into that. So I was just trying to see them all as friends.”

Partying with her fellow crew members while off-duty blurred the lines though. Looking back at her and Zee’s first kiss — which, at the time, seemed to solidify Zee’s crush on her — Courtney added, “And then tequila got involved. Zee was a great guy, and I knew he was from the get-go. I didn’t know about this crush that I’ve seen now, these clips that he’s speaking about me and stuff. Obviously, it’s really nice to see, but yeah, I thought it was more of a joking thing for him as well.”

Regardless of anything that happened, Courtney and Zee’s friendship has remained intact to this day.

Are Chef Dave and Chief Stew Natasha Dating?
Life is better as an Insider
Bravo Insider is your VIP pass to never-before-seen content, exclusive giveaways, and so much more!
Sign Up for Free
All Posts About
Courtney Veale
Mzi “Zee” Dempers
Below Deck Mediterranean
Relationships
Related

How Natalya and Kyle Feel About Their Below Deck Med Drama

Is This the Most NSFW Moment in Below Deck History?