Sign Up for Free to View
What's the Below Deck Mediterranean Crew's Current Relationship Status? 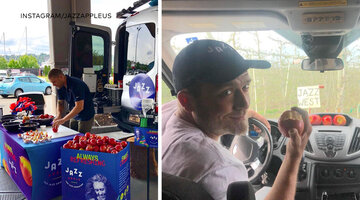 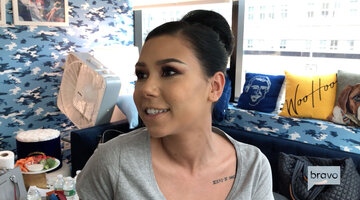 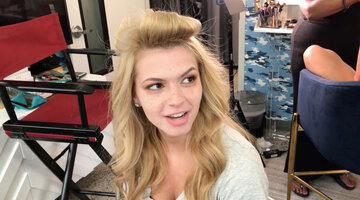 What didn't kill João Franco and Brooke Laughton's relationship this season of Below Deck Mediterranean made it stronger. Despite all of the drama with Hannah Ferrier and Kasey Cohen this season, the yachties walked off hand-in-hand headed for a romantic getaway to Florence in the Below Deck Med Season 3 finale.

So what happened next? Well, João and Brooke actually remained a couple for about six months after the end of the charter season, he confirmed to The Daily Dish earlier this season. The Below Deck Med couple continued to travel during this time, with Brooke even visiting João's native Zimbabwe. Both João and Brooke have shared photos and videos of themselves having fun while experiencing the beauty of João's home country.

Happy #elephantday !! These are the most beautiful and majestic creatures in the world and I am so lucky to have spent my youth in #zimbabwe to learn to respect and appreciate such beauty❤️#antelopepark #elephants #love #bigfive #belowdeckmed #belowdeck #realitytv

This is why I love Zimbabwe 🇿🇼 i have so many clips. I’ll be posting one a week:) #thisflag #africa #love #lions #wildafrican #zimbabwe #belowdeckmed #realitytv #bravotv #belowdeck

But then it was back to reality for João and Brooke. The two had to decide what was next for their careers. Joao told The Daily Dish that they wanted to look for work together, and they actually did work on a couple of boats together following their travels. However, they eventually ended up in jobs working on different boats. "That's when the separation came, and it turned long distance," Brooke told The Daily Dish backstage at the filming of this season's Below Deck Med reunion, which you can check out, above.

Then João, who was working in Europe, decided to quit his job and move to Fort Lauderdale, Florida to be with Brooke where she was working. "Long story short, I left my job, I left Europe to kind of come and see where we could go from there," João explained. "I didn't want to let it keep going without figuring out whether we were gonna go further or not. We had an amazing time in Fort Lauderdale. It was really good."

At this point, Brooke and João were working on their relationship and were not officially a couple. Reliving everything that's gone down this season of Below Deck Med over the past few months has made it difficult for them to get back on track, according to João. "It's complicated while the show airs. I think we just need to let it roll over. There's a lot that we both see, more that she sees that she's not happy with. And I think also what I see about my character, my genuine character that I wasn't happy with. So I completely understand," João said. "We just need that little bit of space for the show to go, and then work things out from there."

João and Brooke were still in this kind of limbo when they came together with the Below Deck Med crew at the taping of this season's reunion. "I guess at the moment, we're just working things out and taking it slow," Brooke told The Daily Dish backstage. "I'm not sure we're not together, but it's complicated."

However, João still showed his commitment to making things work with Brooke in a separate interview the day of the reunion. "It's gonna take a while. It's gonna take some time," he said. "But I won't give up."

What does the future hold for João and Brooke's relationship? Find out at the Below Deck Med Season 3 reunion Tuesday at 9/8c. Until then, relive their journey this season, below.

Brooke Confesses Her Feelings to João

Life is better as an Insider
Bravo Insider is your VIP pass to never-before-seen content, exclusive giveaways, and so much more!
Sign Up for Free
All Posts About
Brooke Laughton
Hannah Ferrier
João Franco
Kasey Cohen
Below Deck Mediterranean
Exclusive
Relationships
Related

Where Do Below Deck Med's Kasey and Brooke Stand Now?