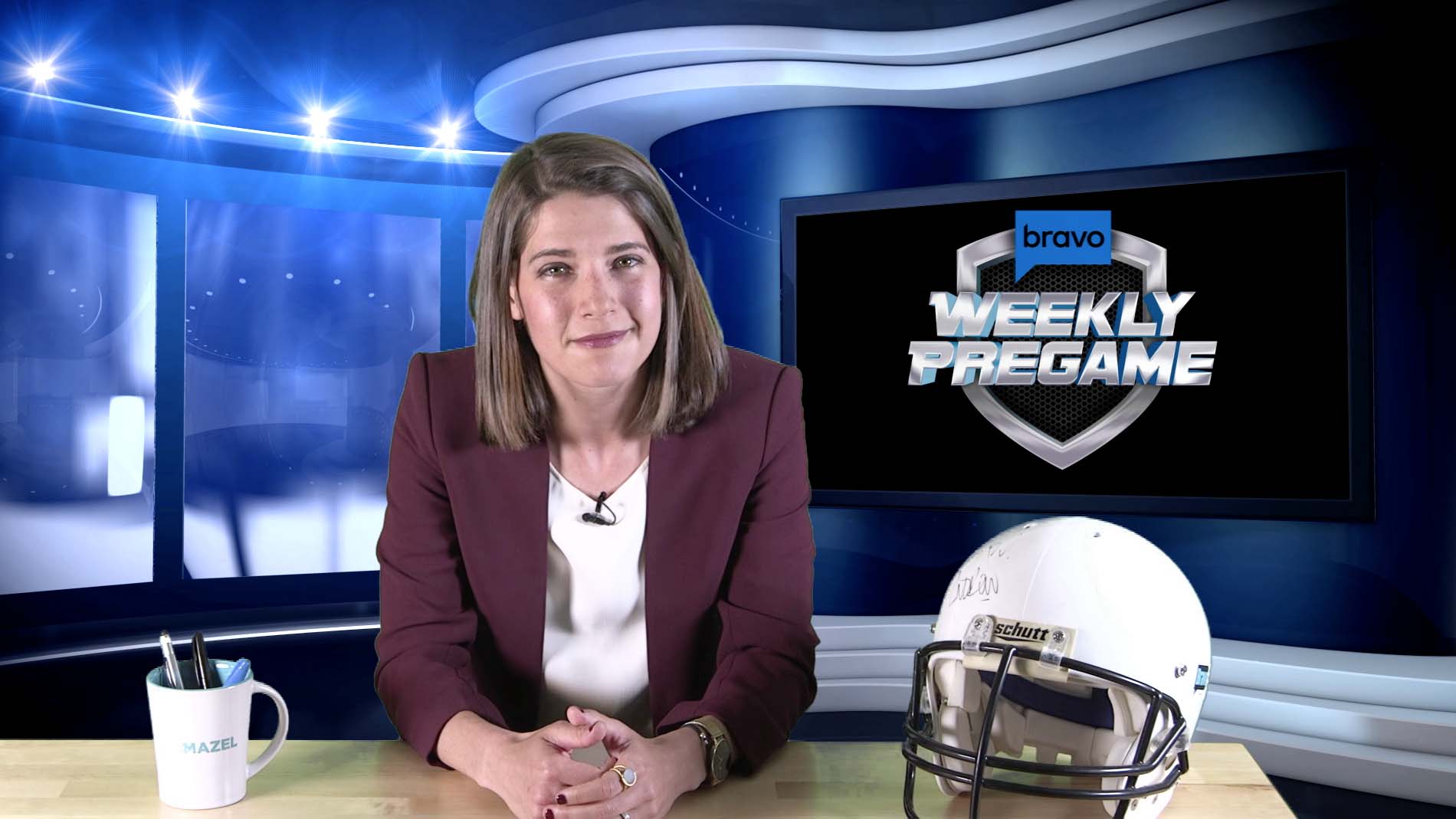 Bravo fans everywhere know that while events like the NBA Finals or the Super Bowl might seem like they have a monopoly on drama, it's nothing compared to a Real Housewives feud. That's why Bravo teamed up with Andy Cohen's assistant Daryn Carp — some might say his Most Valuable Player — to bring you an official rundown of all the upcoming wins, epic fails, and juicy action coming to Bravo each week.

With exclusive sneak peeks, predictions on upcoming showdowns, and even on the field interviews with your favorite players, Bravo's Weekly Pregame (above) is the destination for the ultimate Bravo fan. Segments include "The Shadecast," providing a glimpse at the stormy weather ahead for some Bravolebs and the "Pep Talk" when Daryn will be addressing a Bravo player facing a tough break in the Season. Plus, find out which star to keep your eye on this week with the "Potential MVP" - all ahead of the new episodes. So crack open that bottle of Ramona Pinot, crank up your favorite Housewives' jam, and show the world what a Bravo tailgate looks like. Because if it's Monday, it's time to Pregame.