Is There Still Hope for Chelsea Meissner and Shep Rose? Cameran Eubanks Has a Theory

After Show
Is There a Romantic Future for Shep Rose and Chelsea Meissner?! 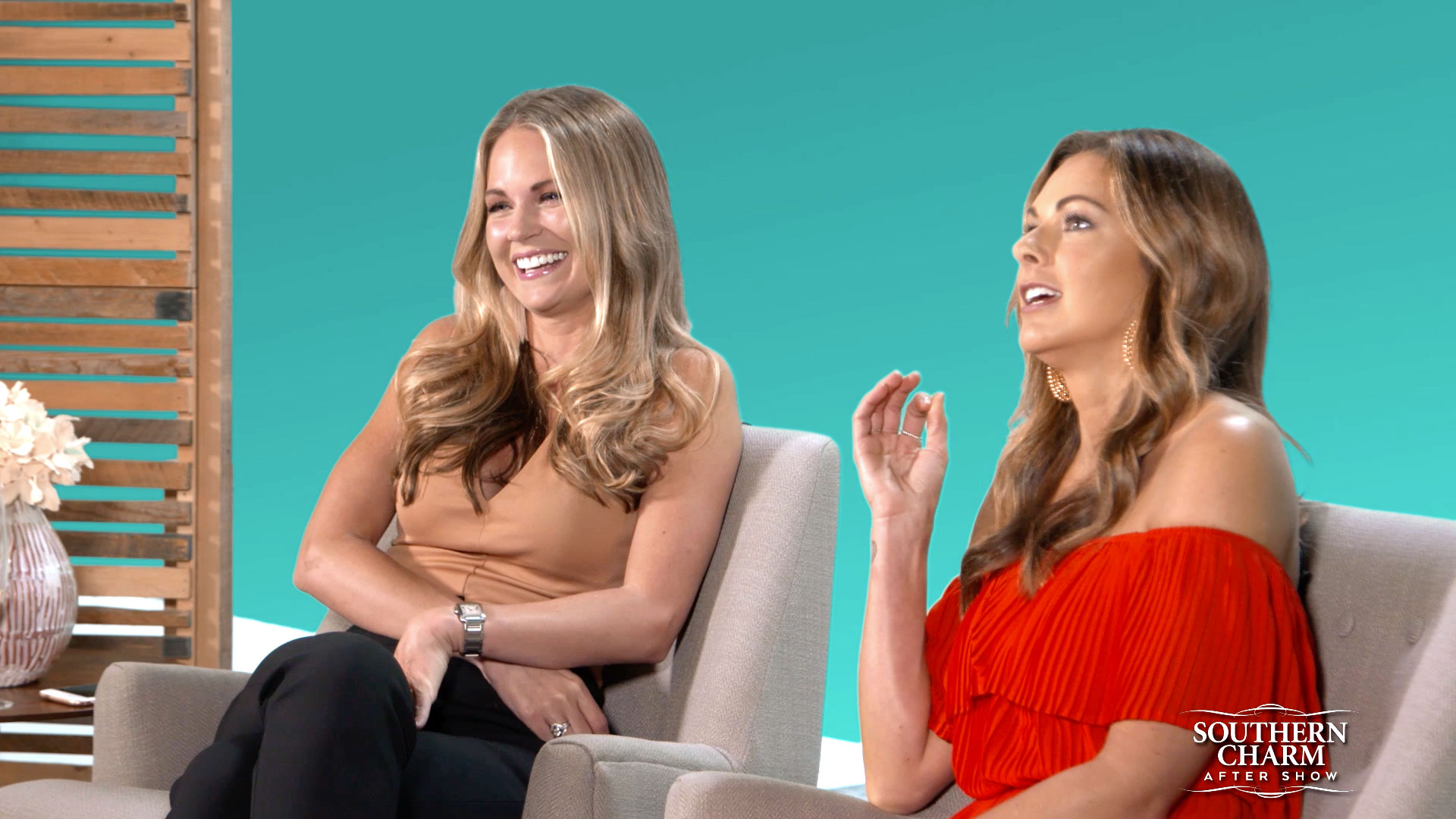 Chelsea Meissner and Shep Rose had undeniable chemistry when viewers first saw the Southern Charm friends flirting back in Season 4, but she eventually started dating their mutual friend Austen Kroll. Now that Chelsea and Austen are no longer together and Chelsea has moved on, do she and Shep ever stand a chance of reconciliation?

"I think that ship has sailed," Chelsea told the Southern Charm After Show in April. "It never sailed. I mean it never — nothing. No, no."

Cameran Eubanks, who is not only Chelsea's friend, but her former roommate, has a theory about what's happened here.

"I think you're so full of sh-- right now," Chelsea said.

"Well, I remember getting mad at you because you were trying to push it and and I was like, why would you push me on a man who parties constantly, who doesn’t work?" Chelsea asked.

"Because, I know, I know, and I shouldn’t have, but I thought you were going to be the one to change him," Cameran admitted.

"I don't want to ever be that person," asserted Chelsea. "I feel like everyone’s on Shep's sh-- all the time about, like, you need to grow up, you need to do this, you need to do that. And he tries to find ways to make people think that that’s what’s going on when its not. But why? If that's your lifestyle and nothing’s changed in years then keep doing you. You know what I mean? He’s not going to change. At this age, why? Why do it now?" Sounds like case closed around these parts.

On a related note, though she actually has a new boyfriend (sorry Shep!), Chelsea still is not much closer to wanting to have a baby, but watching Cameran with her daughter Palmer has at least softened her to the idea.

"I think she will," Cameran declared.

"But if someone comes along that changes my mind, then it happens," Chelsea added. "But I can't imagine that really for me."

Chelsea Reveals She Has a New Boyfriend