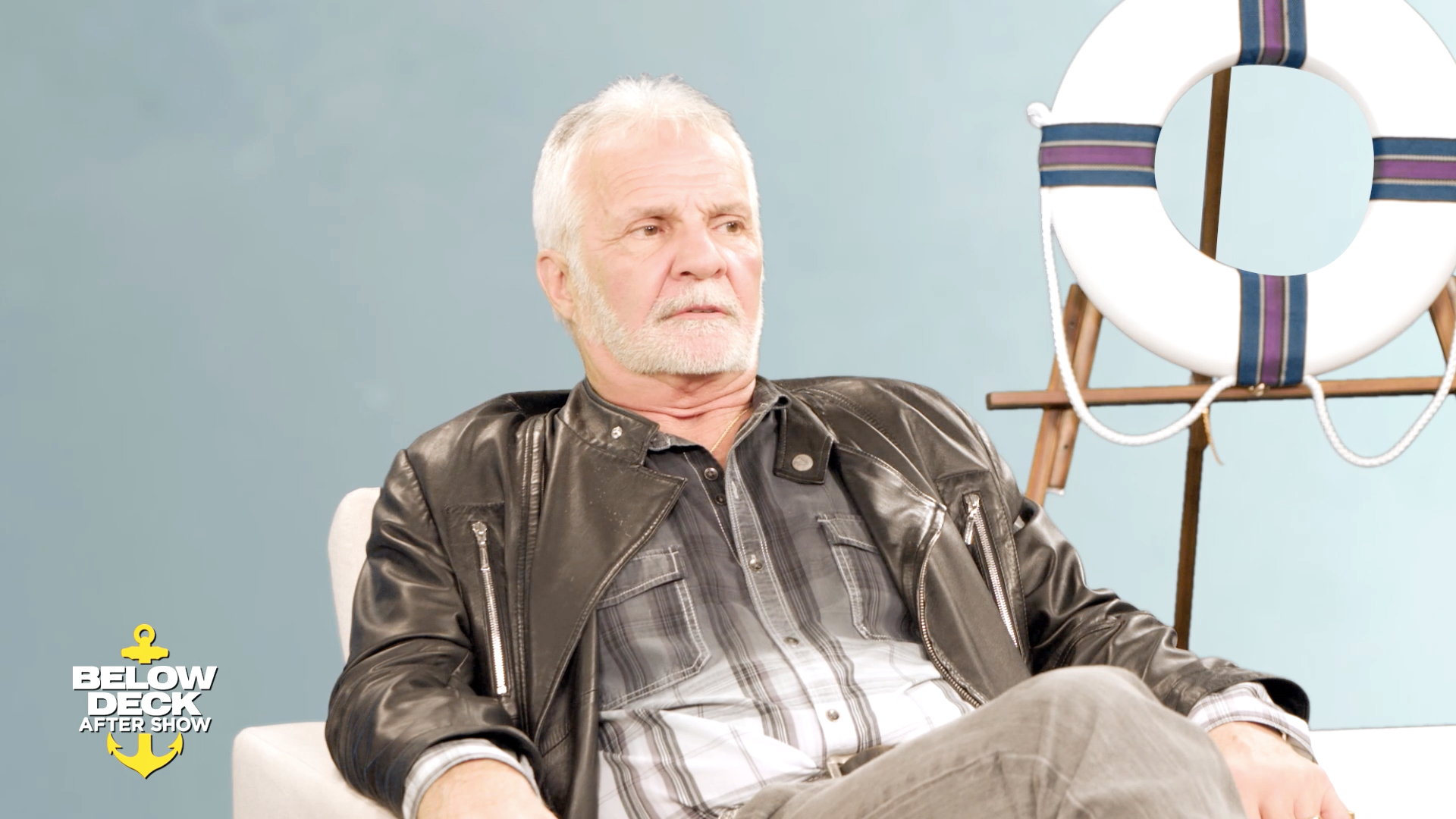 Captain Lee Rosbach had a big decision to make in the January 13 episode of Below Deck. After Ashton Pienaar told Captain Lee that Rhylee Gerber should be fired, the Below Deck boss spoke with her fellow deckhands Tanner Sterback and Brian de Saint Pern about the situation to assess what needed to be done about the turmoil in the team.

"He was strictly focusing on her weaknesses, and he wasn't utilizing her strengths. And had he utilized her strengths, it would have made him look so much better, but he didn't," Captain Lee said of Ashton's management skills during the Below Deck Season 7 After Show, which you can view, above. "And so I wanted to get everyone else's take on it. And when I got it, to me, it was an easy decision."

We found out in the latest episode of Below Deck that Captain Lee had ultimately decided to keep Rhylee onboard and impressed upon her and Ashton the importance of making things work as the charter season comes to a close.

Rhylee showed her gratitude to Captain Lee on Twitter as the episode aired. "Thank you [Captain Lee] for allowing me the opportunity to show my value onboard M/Y Valor," she tweeted. "I really do feel that your desire to hear [Kate Chastain's] opinion and her being in my corner regarding the boys' mistreatment of their crew is what saved my position on deck."

Thank you @capthlr for allowing me the opportunity to show my value onboard M/Y Valor. I really do feel that your desire to hear @Kate_Chastain opinion and her being in my corner regarding the boys mistreatment of their crew is what saved my position on deck. #belowdeck #bravotv https://t.co/osAt2fiUq6 pic.twitter.com/YZTjDRzzrN

Captain Lee stood by his decision on Twitter. "As I said, I talked and listened to everyone and made my own decision. You are welcome to be sure," he responded to Rhylee's tweet. "The obvious term here is to listen and actually hear. The boys all sang the same song, and it wasn't an objective viewpoint. I was comfortable with my call."

As I said, I talked and listened to everyone and made my own decision. You are welcome to be sure. The obvious term here is to listen and actually hear. The boys all sang the same song, and it wasn't an objective viewpoint. I was comfortable with my call. Thanks again. https://t.co/bi4HJLL1XS

Captain Lee also offered up some advice for Rhylee as she continues this season of Below Deck in the latest post on his blog. "I realize what you have been through, and I empathize with you. You didn’t get a fair shot, but I do stand by my former comments, it’s not what is thrown at you it’s how you react to it, is what you will be remembered for and what you will learn from that experience," Captain Lee wrote. "You got dealt bad cards but could have played the hand better. Confrontation doesn’t always get you where you need or want to be. I’m glad you sucked it up and so far, have stuck it out. That’s admirable. Hang in there and let’s see where we end up."

It looks like the whole Valor crew is going to experience the wrath of Captain Lee in an all-new episode of Below Deck on Monday, January 20 at 9/8c. See what we mean below, and catch up on the season anytime through the Bravo app.

Preview
The Crew Wakes Captain Lee Up With Their Fighting and He's Not Happy About It! 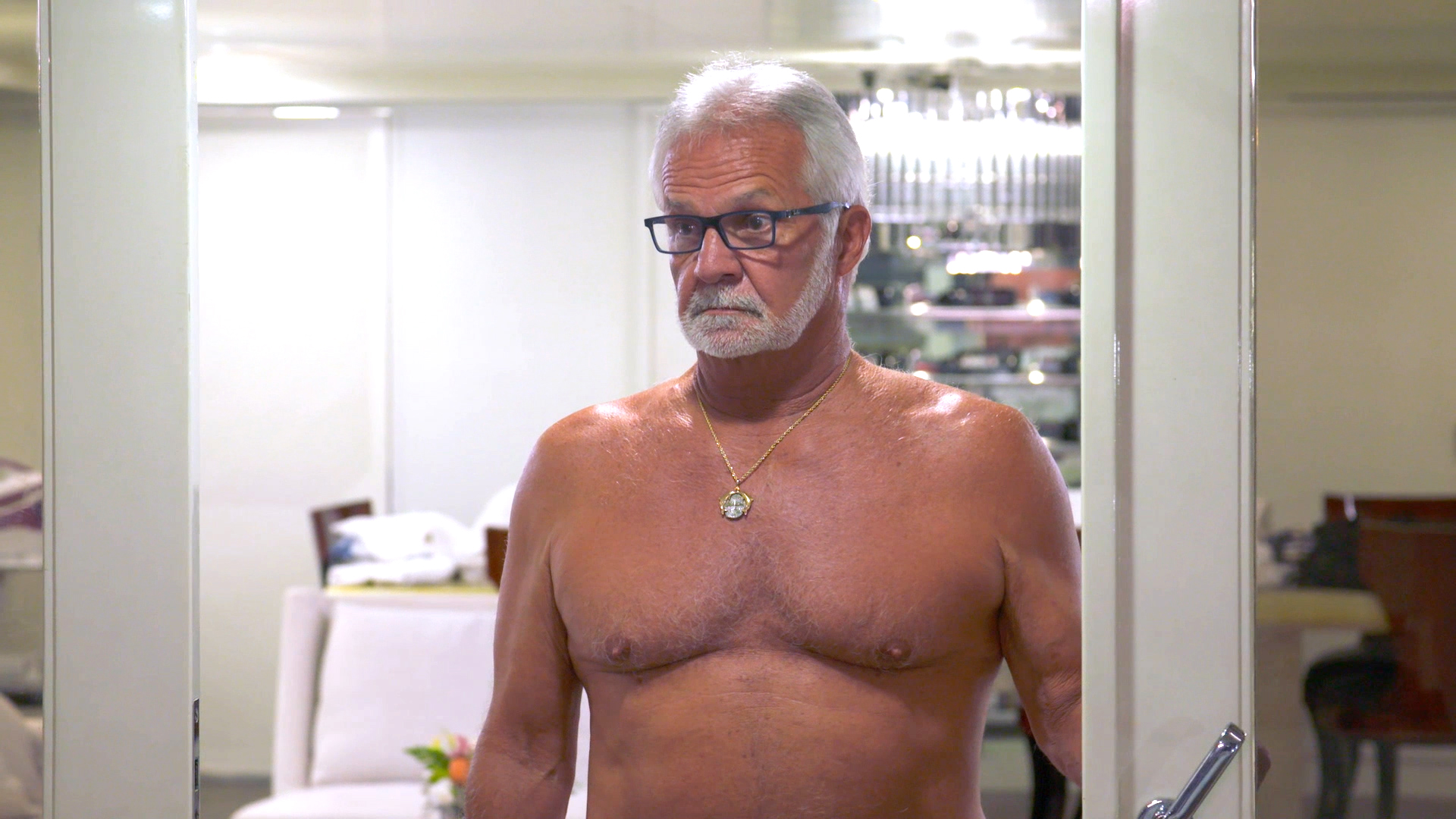