Does Dorit Kemsley Think She and Teddi Mellencamp Arroyave Both Stir the Pot?

Show Highlight
Is Dorit a Hypocrite Because She’s a Pot Stirrer? 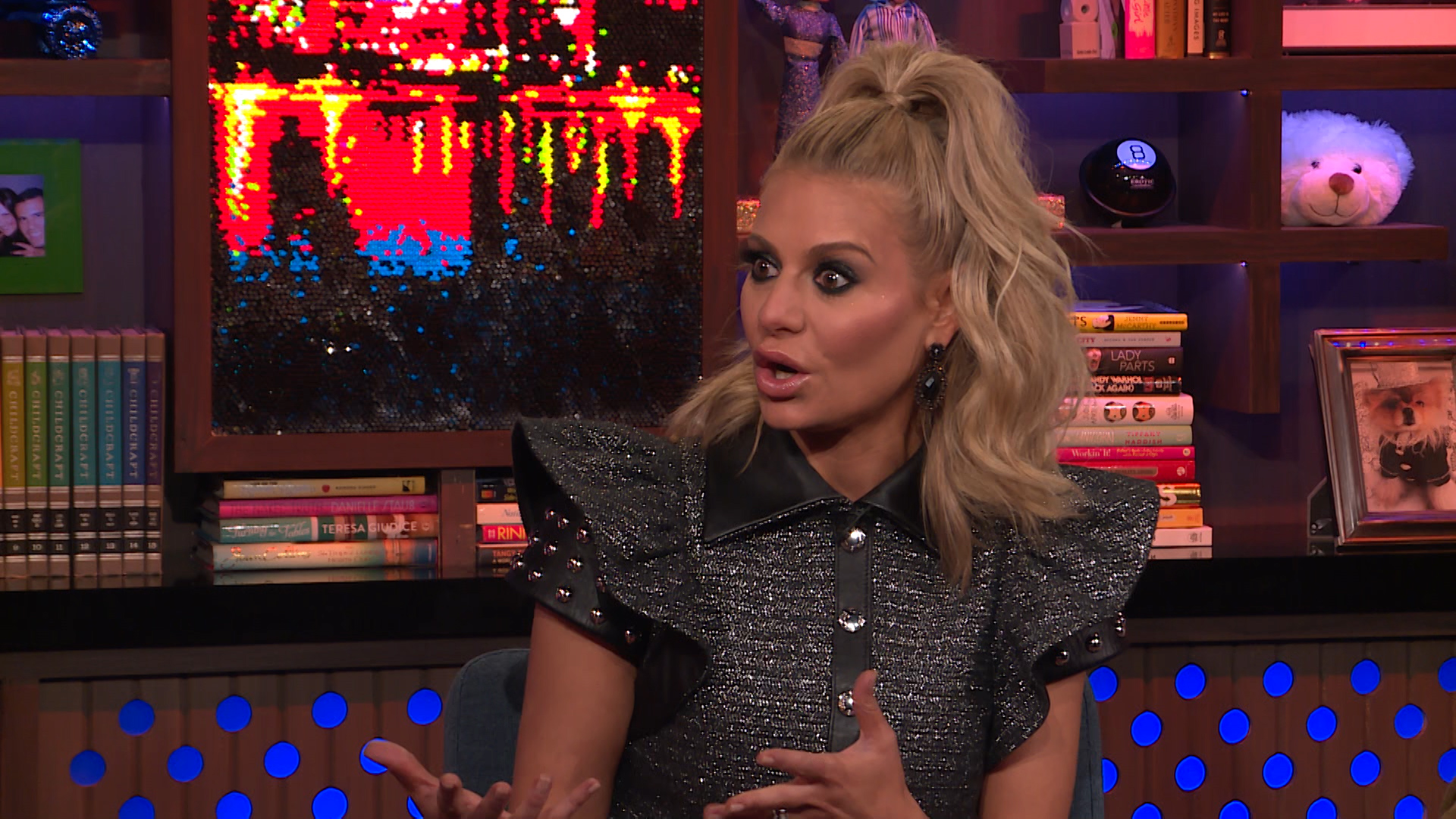 The newest Beverly Hills Housewife, Teddi Mellencamp Arroyave, has had a challenging time getting to know the whole 90210 squad this season, to say the least. She really ruffled feathers among the group in Tuesday night's episode of The Real Housewives of Beverly Hills after Dorit Kemsley accused her of stirring the pot when Teddi told Lisa Rinna about some comments Dorit had said about her following their reconciliation.

However, one fan pointed out to Dorit during her appearance on Watch What Happens Live with Andy Cohen on Tuesday that it seemed like she had done a similar thing when the ladies talked about Erika Girardi following her decision to not spend the night at Teddi's beach house earlier this season. "I just feel like Teddi is, she's stirring the pot, she's meddling in friendships, and she's igniting these fires and sort of pulling back and wants to wash her hands of it. But isn't it sort of the same thing she's accusing me of doing?" Dorit clarified. "Am I doing the same thing as Teddi? Yeah, I think that it's sort of on the same page."

Teddi explained her comments about Dorit to Lisa Rinna in her latest Bravotv.com blog and admits that she now wishes she hadn't passed along that information.  "First, let me take accountability for my actions. Yes, I told Lisa Rinna something that Dorit had said three months prior at the time. In that moment, Rinna was talking about how great things had been with Dorit (since Vegas), and all I could think of was how many 'warnings' I had been given and about her personality disorders (schizophrenia and 'rage and regret'). So I told Rinna, because I have a genuine connection with her and would have felt fake and inauthentic if I hadn’t. And if the roles were reversed, I would want the same," Teddi wrote. "That said, I do regret it—it was selfish on my part; partly because I did it so I didn’t feel badly carrying it around. But the fact remains, this is a pattern with Dorit and bothers me."

Some fans have also drawn parallels between Dorit giving Erika a gag gift of panties last season and Camille poking fun at Dorit by gifting her, well, a gag, at Lisa Vanderpump's birthday party this season. Dorit said on WWHL that she "completely" understands why the situations may seem similar to some people. "It wasn't so much the gift; it was the timing of it," Dorit explained. "We're at Lisa Vanderpump's birthday lunch. It's a very elegant affair. Lisa and I were not on the best of terms, and I didn't want it to be about me and Camille. I really wanted it to be about Lisa and her birthday. So I wasn't focused on it."

Camille wrote in her Bravotv.com blog that she expected Dorit to have a different reaction when she gave her the gift. "I did give Dorit a ballgag as a joke and as a not-so-subtle message to stop running her mouth off. I felt it was appropriate to have a go at her after the strap-on line comment and C-word confrontation. Apparently, her generous spirit prevents her from receiving jokes in the spirit in which she gives them," Camille wrote. "I was surprised by Dorit’s negative reaction as I would have thought she would think it was silly and play if off as just that. I didn’t mean to offend her but wanted to bring some levity to the situation and exact a small measure of revenge. Hopefully one day she will have a giggle at this."

Relive the gag-worthy moment, below. 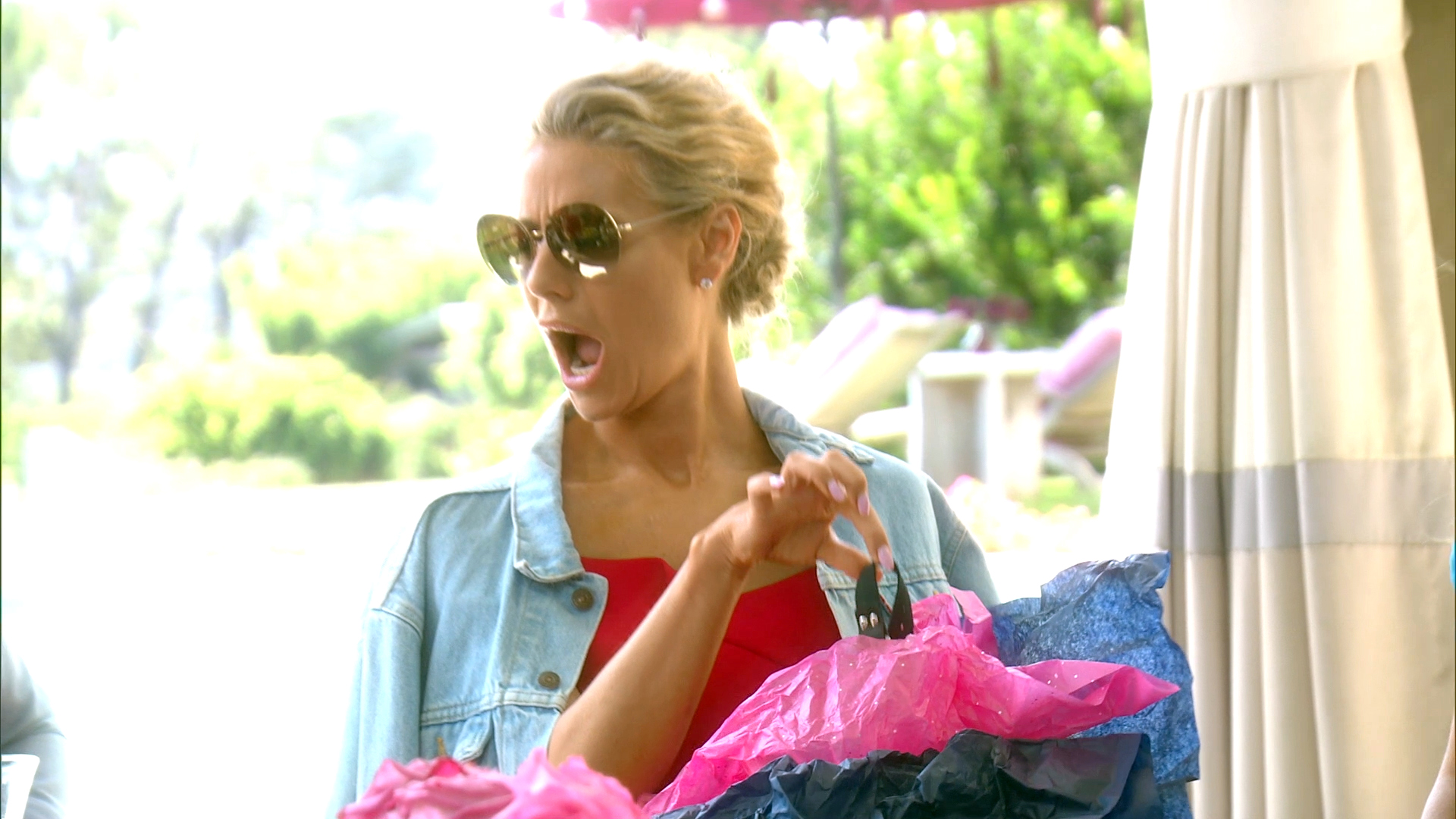 Can Dorit and Lisa Move Past Those Comments About PK?

Dorit Gushes About PK: "He’s Such a Rock"