Drake Teams Up with Susur Lee for Toronto Restaurant

If you're ever looking for some good grub at "5AM in Toronto," you might want to check out Fring's. (We can't be certain it will be open then, but we digress.) Drake partnered with Top Chef Masters cheftestant Susur Lee on the restaurant, located in the rapper's hometown. While the restaurant's Instagram notes that the eatery is officially "coming soon," Drizzy and Susur recently hosted an event, which was reportedly attended by everyone from Jayden Smith to Drake's rumored love interest Serena Williams, to promote the spot.

At the opening, Susur credited his sons for helping him with the restaurant, and noted that a menu has yet to be finalized. "We haven’t really figured it out yet. We’re still testing and tasting, you know. Good things take time," he told Now Toronto. Well until we get more details on an opening date and how we can place our reservations, we have this very fun imagery to whet our appetites.

Take a trip down memory lane and check out Susur on Top Chef Masters, below. 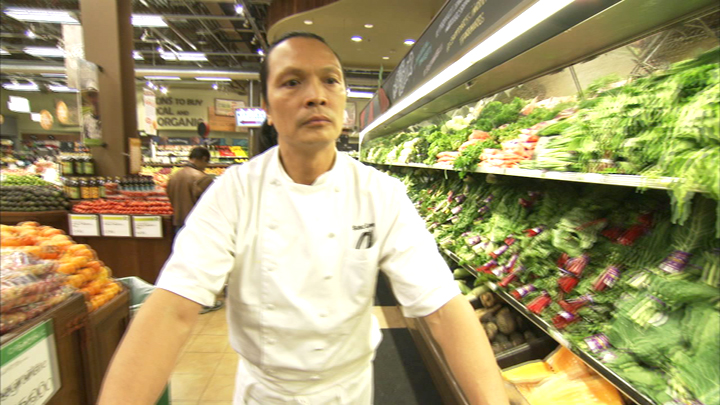 Dale Talde on the Release of His New Cookbook