Ethan Hawke: “When Angelina Kisses You, You Don't Know Your Name"

Between Ethan Hawke and Aaron Tveit, the actors have smooched on-screen with some serious star power.

So when Hawke and Tveit landed in the Bravo Clubhouse to hang with Andy Cohen, it became pretty clear they’d have to fess up about some of their hottest on-screen hook-ups.

For Ethan, many would assume he’d suggest his ex-wife Uma Thurman as his choice for best kissing co-star. Instead, he went with Angelina Jolie, his co-star in the flick Taking Lives. Well, who could resist those lips!

“Angelina Jolie was born to whittle men and make them weak. And when she kisses you, you don’t know your name,” said Ethan. 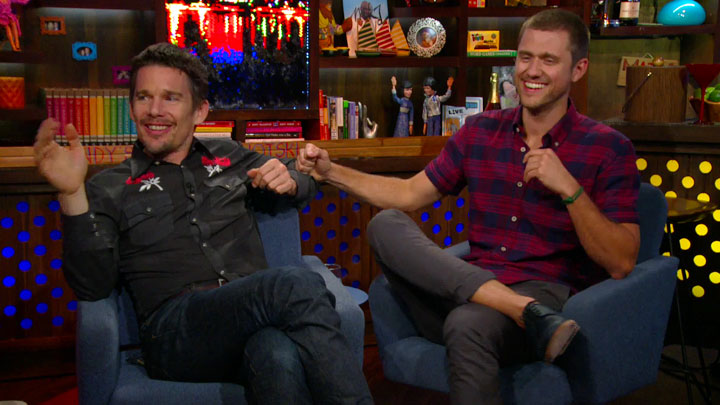 Tveit, who formerly played Nate Archibald’s cousin Tripp on Gossip Girl, had to do a lot of love scenes with another famous starlet, Blake Lively. And while Aaron speaks highly of Blake (he said it was “very easy” kissing her) he did have one little bit of history to dispute:

"It was my birthday, and Blake took three hours to come out of her dressing room,” said Aaron. “So, if Blake's watching, I want you to think that I remember that, and you were cool, but that wasn't very nice."

Who would have thought Serena Van Der Woodsen was a diva?

Aaron did have a great pick for his favorite on-screen smooch partner, however: Ugly Betty’s not-so-ugly star America Ferrera.

Ethan and Aaron let out a few more secrets about their former co-stars during the After Show, so check out video from the episode here: 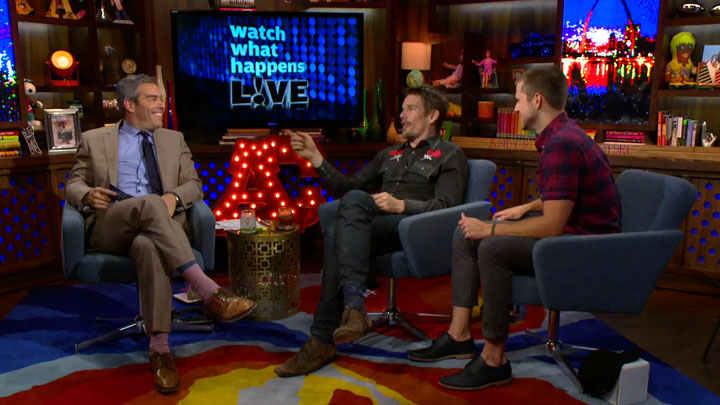