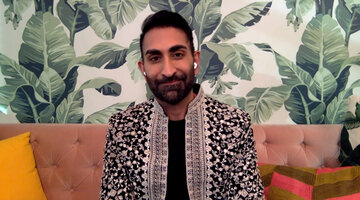 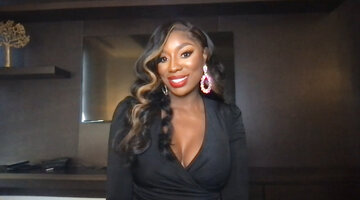 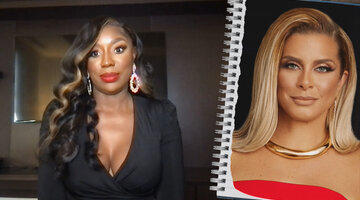 Vishal Parvani and Richa Sadana prepared to get hitched on the Family Karma Season 3 premiere, but their wedding weekend festivities didn’t exactly go off without a hitch.

Before the longtime couple tied the knot, they disagreed about how many shots of alcohol Vishal should be taking, and they dealt with the stress of Anisha Ramakrishna’s last-minute RSVP and her subsequent late arrival.

In a confessional on the November 6 episode, Anisha said she was “not a planner to begin with.” She noted that it was difficult for her to get to the wedding weekend on time because she was in a new relationship and she had just moved to Scottsdale, Arizona, five days earlier. When she went to say hello to the soon-to-be-married couple at the Sangeet, she felt like things were strained.

“I feel like I crashed a wedding of two strangers,” Anisha said in an interview, before calling the interaction “painfully awkward.”

On the November 6 episode of Watch What Happens Live with Andy Cohen, host Andy Cohen asked Vishal about the “awkward” hello during a game of “On an Anisha to Know Basis.”

“I was uncomfortable myself, Andy,” Vishal said. “No person throwing a wedding should be chasing after their guests for an RSVP.”

At the time, Vishal didn’t know that Anisha had just moved — or that she was in a new relationship.

“She should [have] at least told me that’s why she didn’t RSVP on time,” Vishal shared, later telling Andy that Anisha didn’t give him a wedding gift.

Vishal went on to say that he was “a hundred percent” surprised that Anisha has kept the identity of her partner a secret. During the Season 3 premiere, Anisha said she didn’t want anyone to meet her partner until they were married. Though Anisha did tie the knot in October, Vishal said he has yet to meet his onetime close pal’s spouse.

“I still to this day have not met the man,” Vishal shared, before adding that he doesn’t know why he has not been introduced to Anisha’s husband. “Maybe she’s protecting him from us.”

“If you can dish it, you have to be able to take it — as someone who dishes all day — I’m unbothered by WWHL tonight. Can’t wait for the rest of the season. I choose love,” she wrote, adding a red heart emoji.

As Anisha herself said in a teaser for Season 3, “The chai has been spilled.”

Watch Family Karma on Bravo Sundays at 9/8c and the next day on Peacock and the Bravo app.

Life is better as an Insider
Bravo Insider is your VIP pass to never-before-seen content, exclusive giveaways, and so much more!
Sign Up for Free
All Posts About
Andy Cohen
Anisha Ramakrishna
Vishal Parvani
Family Karma
Related