The wage gap in Hollywood has become one of the biggest hot-button issues around, with everyone from Jennifer Lawrence to Patricia Arquette using their platform to speak out against the fact that men make more than women. It's an issue that The X-Files star Gillian Anderson addressed when she stopped by Watch What Happens Live on Sunday, confirming that her co-star David Duchovny had originally been offered more money to reprise their roles of Scully and Mulder.

"Yeah. I mean my agent told me," Gillian said. "Yeah. Yes it’s true," she added, noting that she was eventually paid the same amount as David for season 10. Gillian also confirmed that there have been talks about possibly bringing The X-Files back for another season.

"There is a possibility. I mean, it’s, it’s a conversation that’s in progress," Gillian said. "Somebody’s having the conversation. They haven’t had it with me yet, but yeah." She revealed that she'd be interested in returning to the role "under certain circumstances." Hopefully, this time, her salary won't be an issue.

Gillian first addressed The X-Files pay gap in an interview with The Daily Beast, which stated she was being offered "half" of what David was making for the reboot. The article also reports that it took several seasons, when the show first aired, for Gillian to end up closing the salary gap with David.

“I’m surprised that more [interviewers] haven’t brought that up because it’s the truth,” she said about the report which first surfaced in The Hollywood Reporter. “Especially in this climate of women talking about the reality of [unequal pay] in this business, I think it’s important that it gets heard and voiced. It was shocking to me, given all the work that I had done in the past to get us to be paid fairly. I worked really hard toward that and finally got somewhere with it. Even in interviews in the last few years, people have said to me, ‘I can’t believe that happened, how did you feel about it, that is insane.’ And my response always was, ‘That was then, this is now.’ And then it happened again! I don’t even know what to say about it.”

Below, Gillian talks a bit more about what's next for the legendary sci-fi series.

Show Highlight
Another Season of ‘X-Files’? 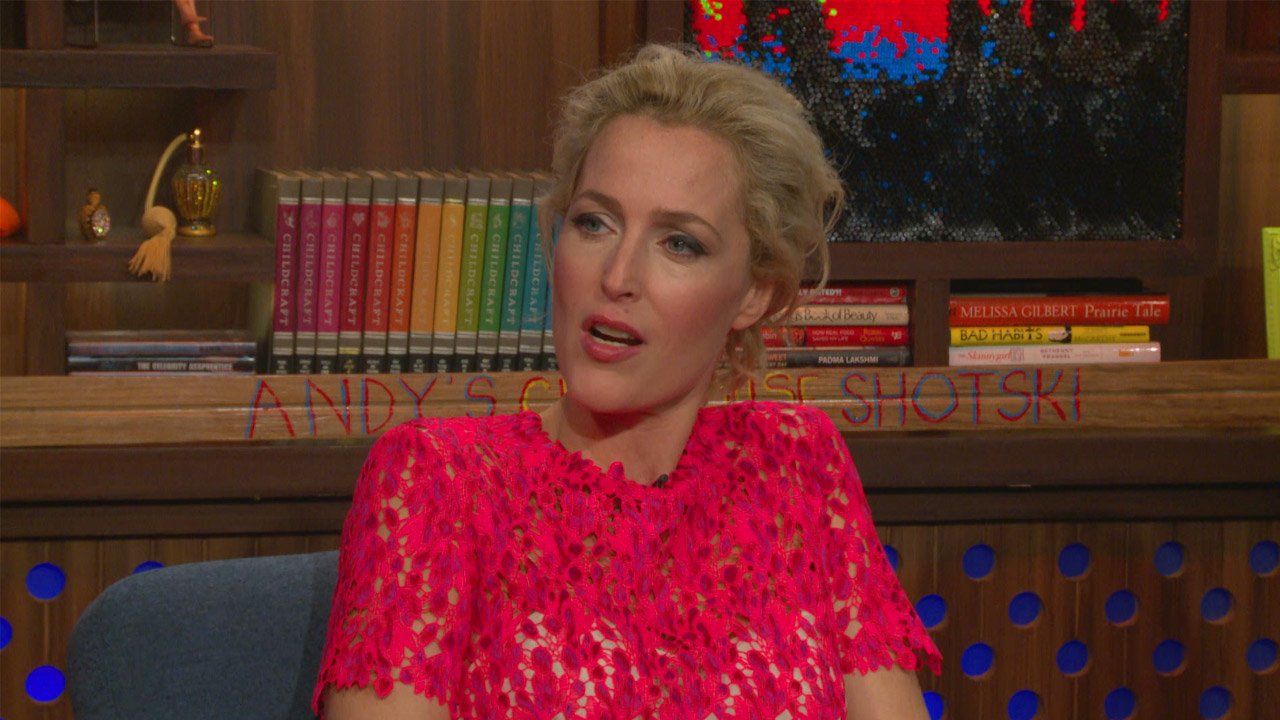