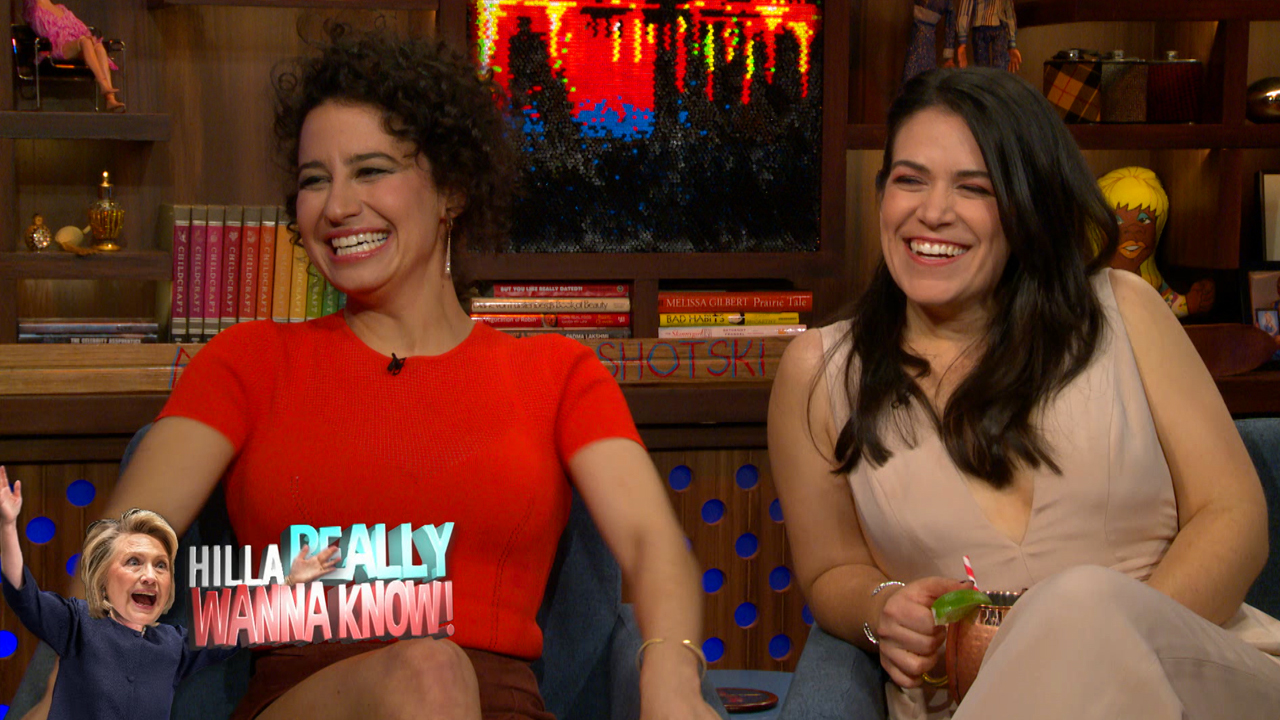 Hillary Clinton's upcoming appearance on Wednesday night's episode of Broad City has us as excited as when Abbi and Ilana run into the presidential hopeful in an already-released teaser clip of the episode.

But we don't have to wait until Wednesday night to get the lowdown on the episode. Broad City stars Abbi Jacobson and Ilana Glazer stopped by Watch What Happens Live Tuesday to give us all the behind-the-scenes scoop on what Hillary was really like on set (clip above).

From them, we learned that the politician wasn't on set long enough to munch on anything from craft services, but she "was flawless with her team," according to Ilana. However, she may have needed just a tad more rehearsal time. "I think she looked in the camera," Abbi revealed as the least professional thing Hillary did during filming.

And will we see Hillary don one of her signature pantsuits during the episode? Unfortunately, not, but she might be wearing something even chicer. Hillary wore "a chill, sort of translucent black shirt, slacks, dope coat," Ilana described. "She opens her coat, and I saw her bra and top. I was like, you look amazing. She looked hot. So pretty and good. It was crazy."

Now having appeared on the show, Hillary might be a Broad City fan, but it doesn't sound like that was previously the case. "I don't know. A lot of her staff had seen it and helped her do it. I feel like maybe she had seen something," Abbi said regarding whether or not Hillary was familiar with the show. "She knew who we were when she came in."

However, Ilana responded to that question less, shall we say, diplomatically. "I don't think so!" she told Andy Cohen.

Either way, we're sure we'll give Hillary's Broad City cameo a big "yasssss!"

Watch Abbi and Ilana dish on working on Broad City with another famous lady, Amy Poehler, below. 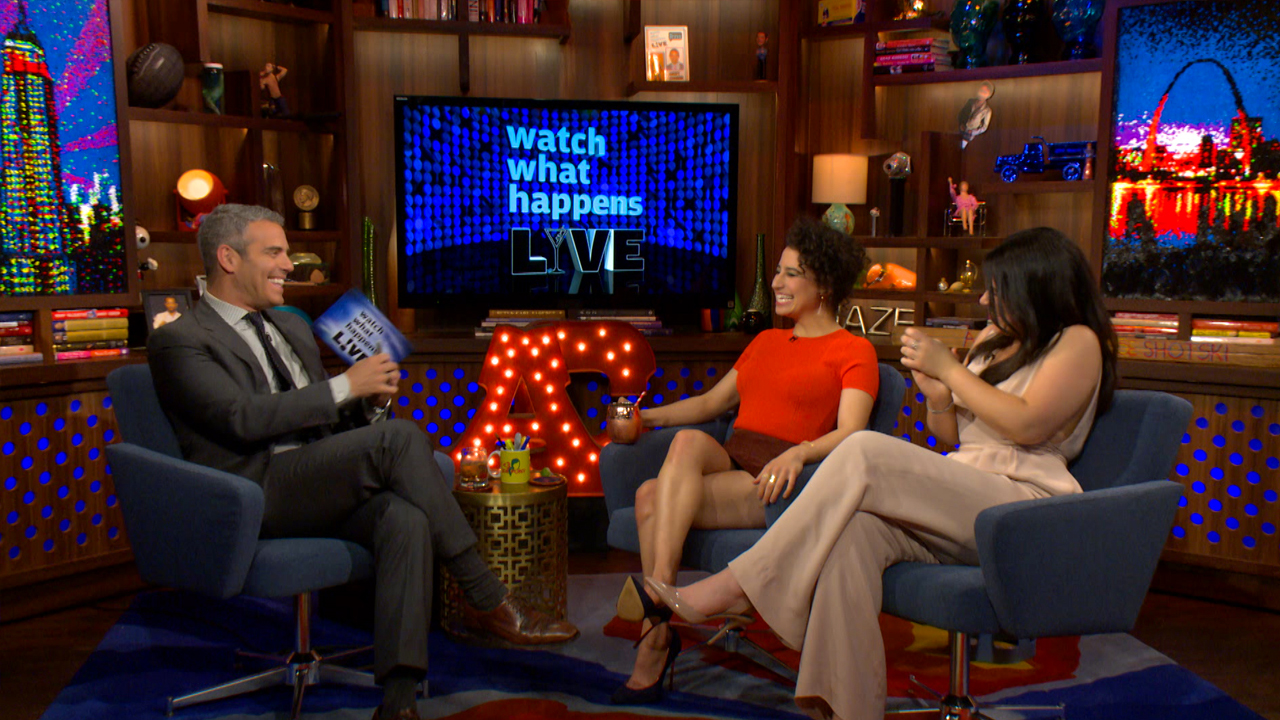