How Well Does Oprah Remember 'Oprah'?

Oprah Winfrey has interviewed a lot of famous figures (and had a lot of infamous hairdos) during her long run as host of The Oprah Winfrey Show. But how well does she remember her daily program, which ran from 1986 to 2011? Andy Cohen put her memory to the test on last night's very special Watch What Happens Live and got the answer: pretty well!

Winfrey, who's starring in the new film Lee Daniels' The Butler was stunned when Mary Tyler Moore surprised her on her show in 1997—but how long was she struck speechless? According to the tape, the correct answer is 41 seconds (Winfrey guessed she regained the power of speech later that day).

Did Oprah sing the correct lyrics to Mariah Carey's "We Belong Together" during the singer's 2005 appearance on the show? Winfrey knew the answer to that one quite quickly: no!

Cohen also asked Winfrey how long she shouted Bette Midler's name on air (Winfrey came close) and what naughty word she accidentally said during a taping in 1991(Oprah had no clue).

Finally, Cohen played Winfrey an audio clip and asked her what inspired her reaction. It didn't jog her memory, but wound up being a cute clip from her trip to Australia involving a pair of frisky koala bears.

Watch Andy Cohen test Oprah Winfrey on all things Oprah in this amazing #WWHL game and tell us in the comments: what's your favorite moment from Oprah's career? 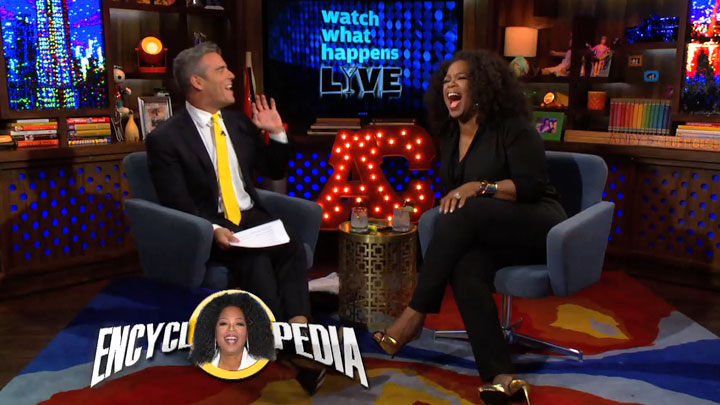