Between Gretchen Rossi's engagement and Tamra Barney's wedding, Andy Cohen has been talking about marriage a lot on Watch What Happens Live. But is our fearless Bravo host hiding some secret nuptial news from us—what's going on with the ring he's been wearing recently?

Cohen also answers a host of personal questions including, "What was your first job?" Andy reveals he worked for his family's food distribution business, "doing everything from screwing bottle caps on an assembly line like Laverne & Shirley to making deliveries."

Did he get caught up in royal baby fever? "No," Cohen says. "Kate Middleton, I could care less about." (Though he thinks she's very nice.)

If he could only watch three movies for the next year, what would they be? "Brokeback Mountain, Almost Famous, and All About Eve."

And has he considered writing a novel? "I loved writing my book," Cohen says. "But I don't know if I could do the other. It sounds like a great challenge, though." 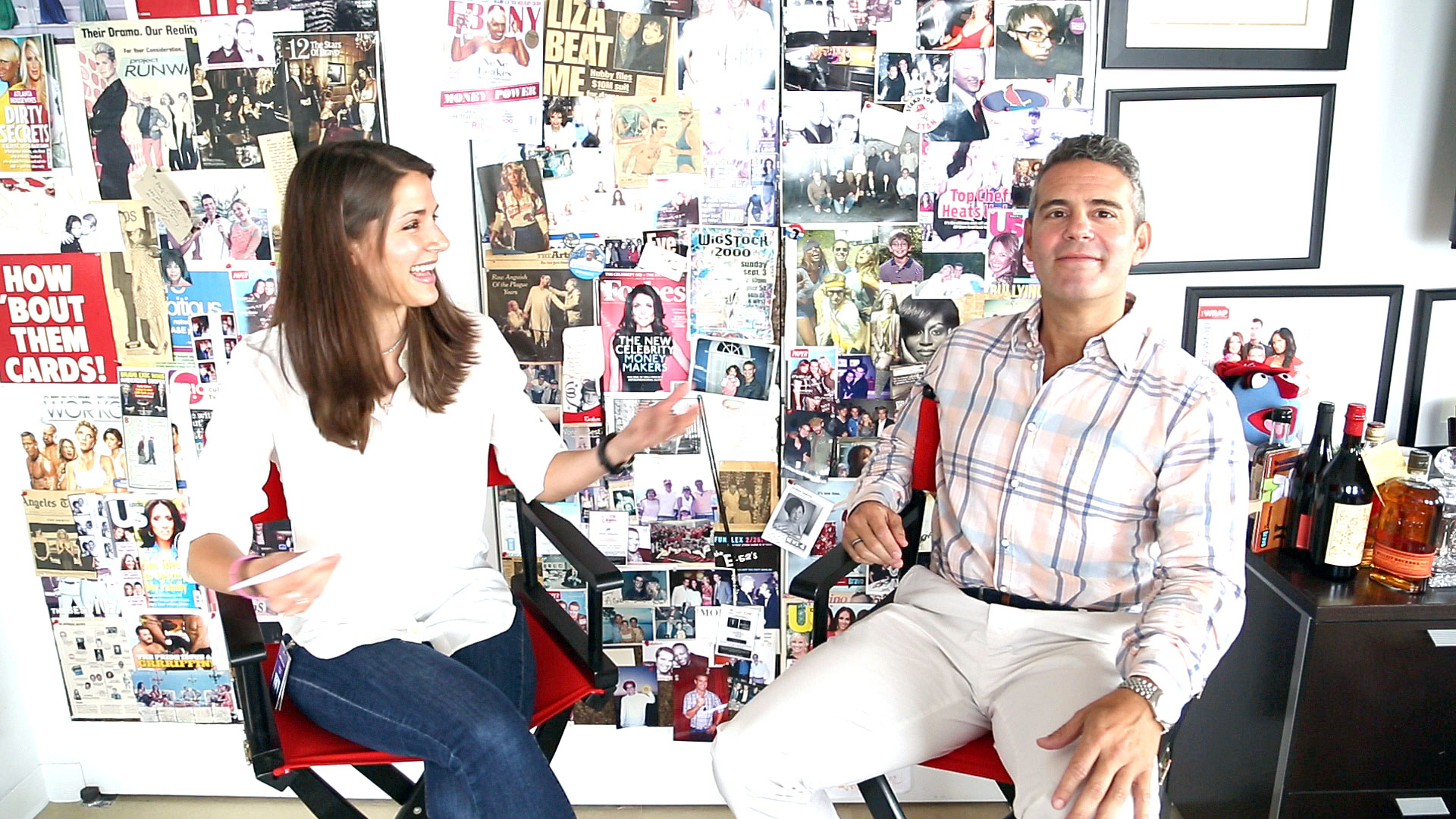