Exclusive
Amy Schumer Really Wants to Be a Real Housewife 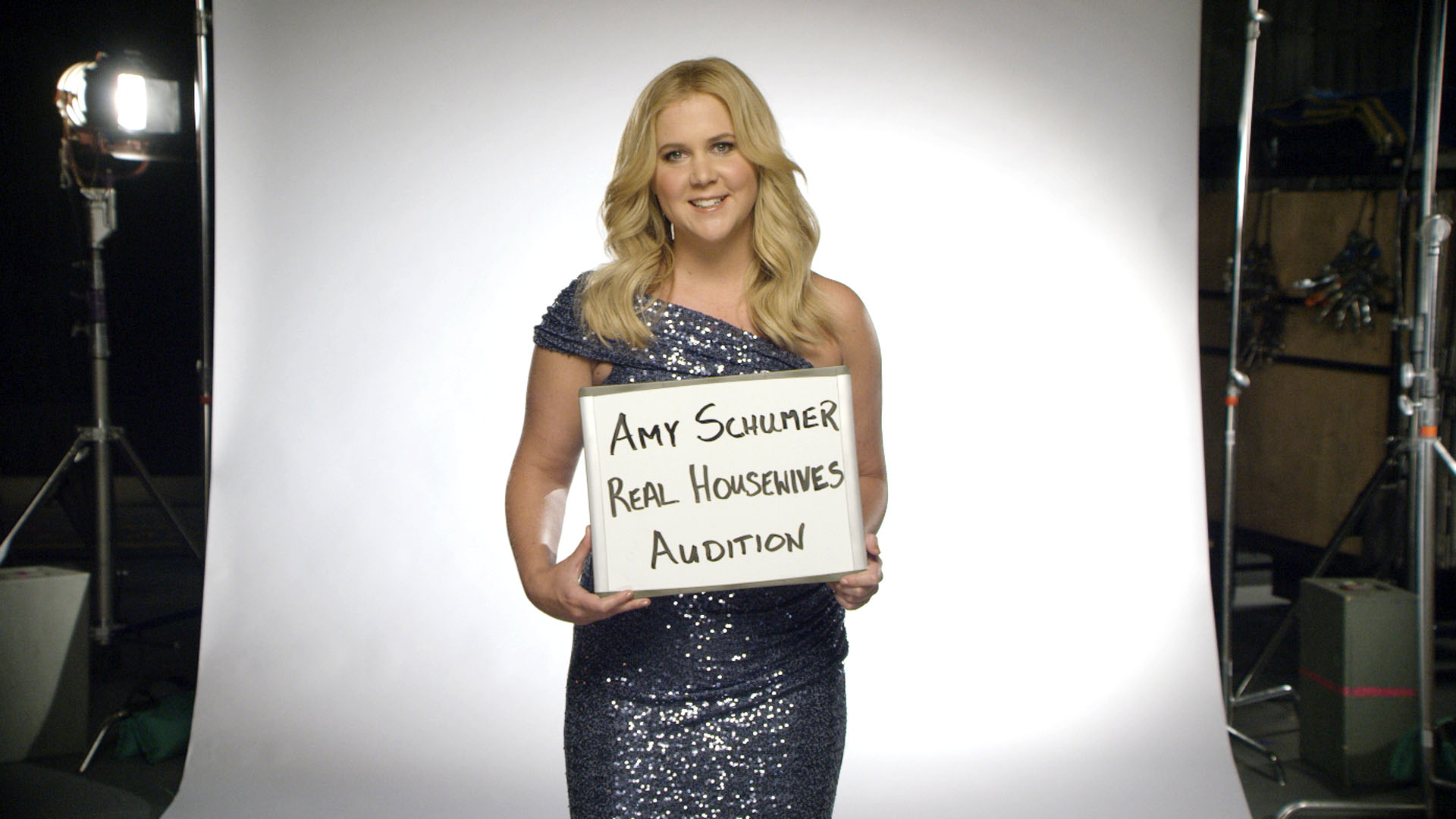 Maybe someone has been reading our fan fiction because Bravo superfans Jennifer Lawrence and Amy Schumer are teaming up to write a movie together. But they aren't just writing it; they'll also star in it together. (We'll give you a second to drink that in before you proceed.)

"We play sisters,” Jennifer revealed in an interview with the New York Times. "We’re almost done writing. It just flowed out of us. We’ve got about 100 pages right now.” Word? That sounds awesome. But here's the thing, we kind of hope they play sisters who love Bravo. We figure that if Mindy Kaling can come up with a fictional world in which Joseph Gordon-Levitt plays a Bravo executive, Jen and Amy wouldn't have to stretch too hard to play a set of sisters who set out on a road trip to meet all the Real Housewives. IRL, they have never been shy about their fandom for all things Bravo (see: getting Hunger Games stars hooked on Vanderpump Rules and starring in a Countess Luann-approved Housewives sketch, respectively). So faking their adoration wouldn't be hard. In fact, we'll even let them have that plot idea for free.

Until this movie comes to a theater near you, relive the glory that is Amy's recent Housewives audition (above).

While this news has us sating "OMG," you can vote on on the OMG Moment in the Real Housewives Awards below.

Get Ready to Toast Amy Schumer: From 'Housewives' Superfan to 'SNL' Host