Last week, Amber Rose shut down a Twitter beef between her exes Kanye West and Wiz Khalifa with one single tweet: "Awww @kanyewest are u mad I'm not around to play in ur ***hole anymore? #FingersInTheBootyAssBitch." (It helped that the tweet featured one of the sassiest hashtags to ever grace social media.)

Since her booty-referencing retort directed at Yeezus went viral, all the major players in the feud have kissed and made up — look no further than Amber and Wiz hanging out at his album listening party this week in NYC, as well as Amber posing for a selfie with Kim Kardashian for proof. Still, Watch What Happens Live host Andy Cohen thinks the attention that hashtag received speaks more to the public's opinion about sex than what Amber and Kanye allegedly used to do in the bedroom.

"I actively don't care," Andy told The Huffington Post. "I just think it's interesting that it seems like sticking a finger up someone's butt is the biggest insult these days. That seems like a cultural sign of the times."

While Andy wasn't shy to share his opinion on this matter, the same can't be said of Amber during her 2015 Watch What Happens Live appearance. When asked about the Kardashians and Kanye, she opted to Plead the Fifth rather than spill the tea. You can check out a highlight from that appearance, below. 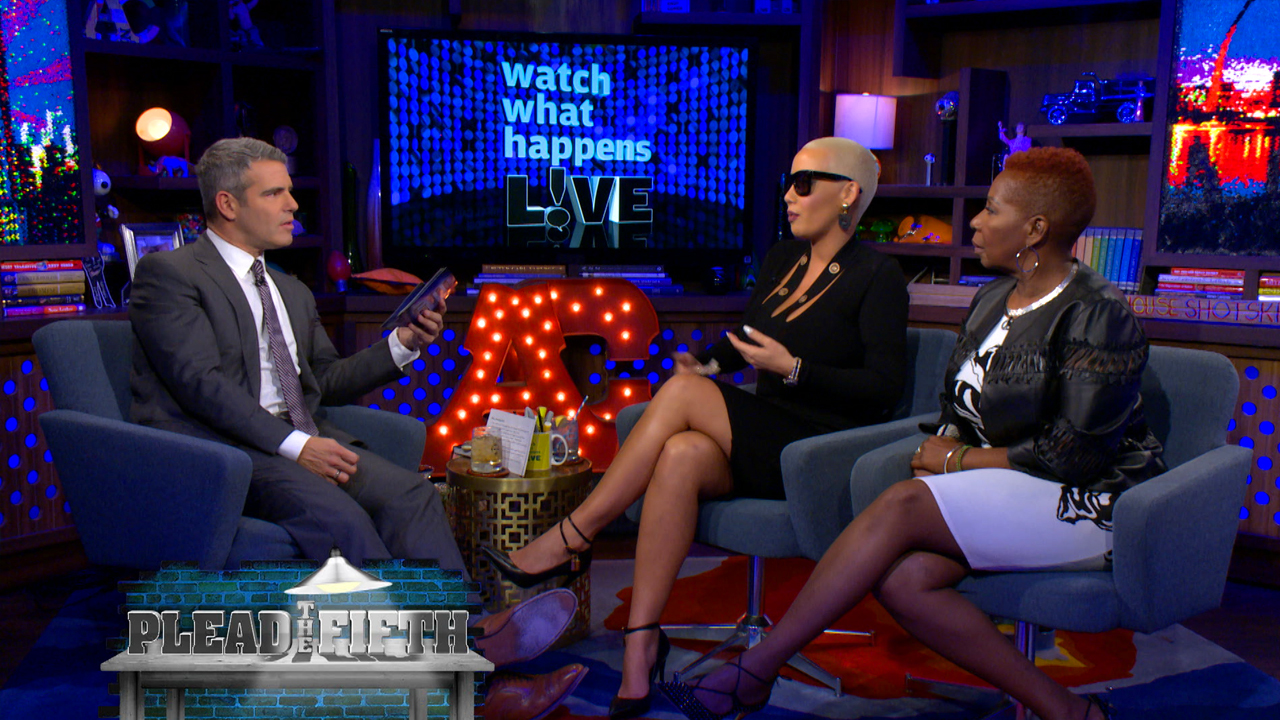 Amber Rose Doesn't Care What You Think About Her