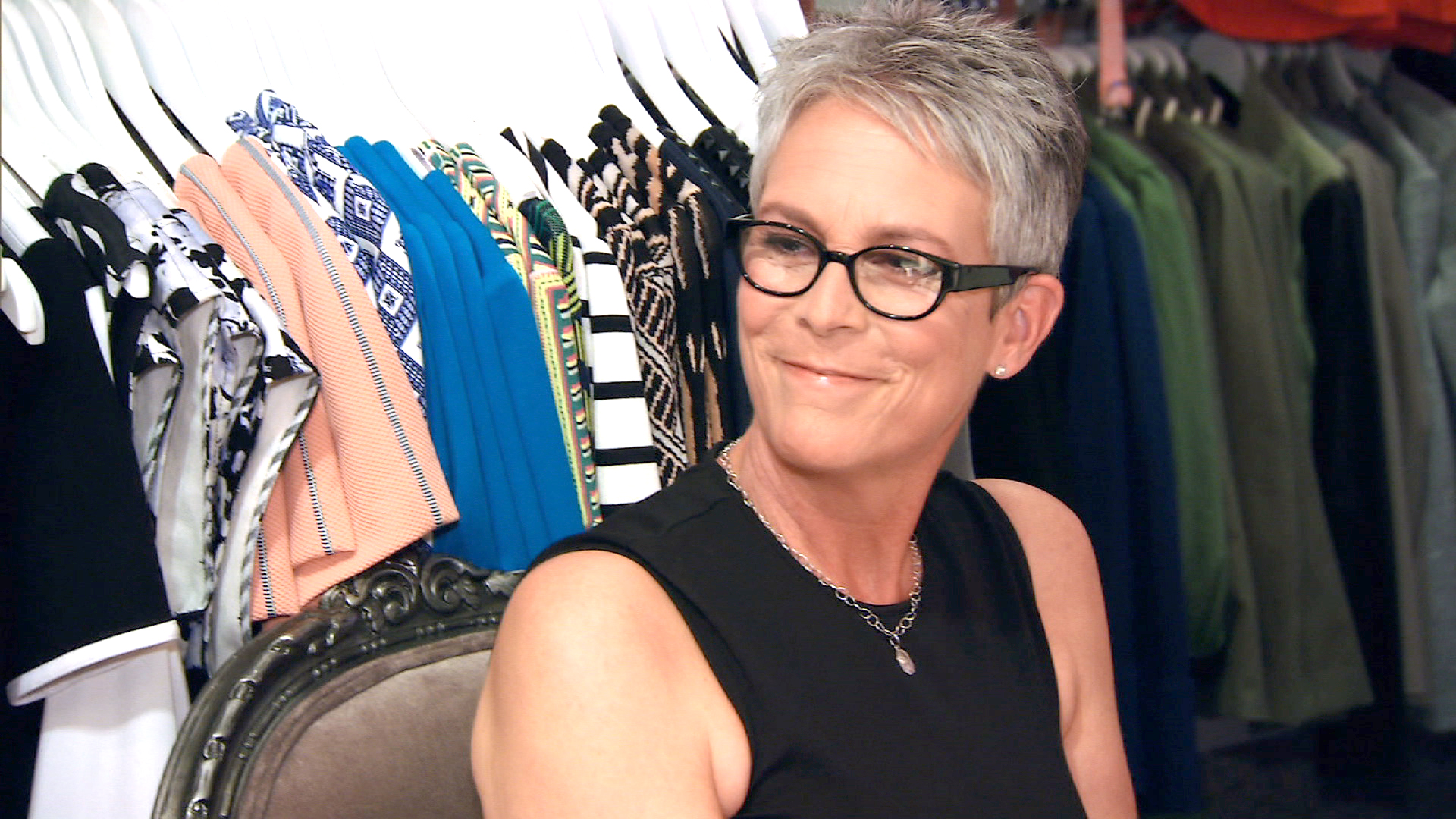 One of Kyle Richards' most vivid memories from her time as a child actress is working on the 1978 horror movie Halloween, and she's shared a bond with her co-star Jamie Lee Curtis since they appeared onscreen together. (Peep the clip above to see the time Curtis appeared on The Real Housewives of Beverly Hills.)

Now that the slasher flick is being remade, Kyle was hoping to play some small part in the updated Halloween. Alas, that didn't pan out — but the RHOBH pal is still in the spotlight as film buffs celebrate the movie's 40th anniversary.

At a recent press junket, the Beverly Hills mom and Curtis sat down to discuss old times for Entertainment Tonight. Some quick background: Curtis will reprise her role in the forthcoming film, which focuses on her character Laurie Strode some 40 years after the horrifying showdown with masked villain Michael Myers.

The star didn't know that Kyle would be there to interview her, and it was a sweet surprise to sit down with her old friend. "I have beautiful memories of you," Curtis said. However, the movie might not have seemed beautiful to those in the childcare industry.

"Do you think a movie like Halloween ruined the babysitting business?" Kyle asked, laughing. "Making the movie, I was never scared. But seeing myself in it, I was terrified." In the new flick, Curtis admitted, "There is a sequence that involves a babysitter, and it's just terrifying."

Curtis also provided an overview of her character's mental state. "She's kind of an untreated trauma victim for 40 years," she shared. And speaking of trauma, does Curtis think wee ones should be able to watch the spooky film?

"I'll have people come up and go, 'My daughter, she just loves you in Halloween,'" she shared. "And the daughter is this big [holding her hand low to the ground] ... I'm like, 'What are you telling me?'"

Peep more from the interview, below.

Tune in tonight to @entertainmenttonight to see my interview with @curtisleejamie 7:30 on #CBS @halloweenmovie

Kyle Richards Wanted to Be Into the "Halloween" Remake