Whenever a new female pop star hits the scene, critics and fans expect her to get into the metaphorical ring with other singers and vie for fans' love and attention.

On last night's Watch What Happens Live, Lady Gaga admitted she saw this happening between herself and Christina Aguilera—and revealed she didn't like it one bit.

"I'm a very big fan of Christina Aguilera," she says on the after show. "From the very beginning of when my career started, there was all this controversy about the two of us and I always felt it was very unfair to her." 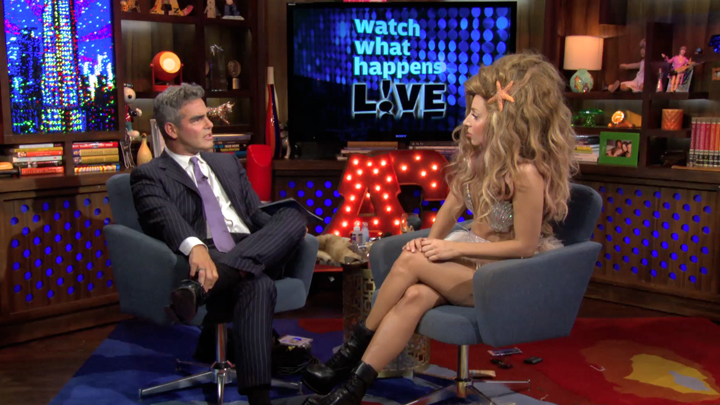 After heaping praise on Xtina ("Christina is an incredible vocalist and an incredible artist"), Gaga took the big step of apologizing to Aguilera and explaining what a big role Christina has played in her life.

"From me to her, I'm so sorry for anything that anyone ever said to her because of my existence, and I hope she never felt any way about it, because when I was 15, I was singing 'I Turn to You' at the top of my lungs trying to hit all her notes," Lady Gaga says. "She was an inspiration to me to have a wider vocal range, and I just think it's all total nonsense."

Watch Lady Gaga open up about her perceived rivalry with Christina Aguilera and tell us in the comments: do you prefer Gaga or Xtina?