Preview
The Boat Ride From Hell 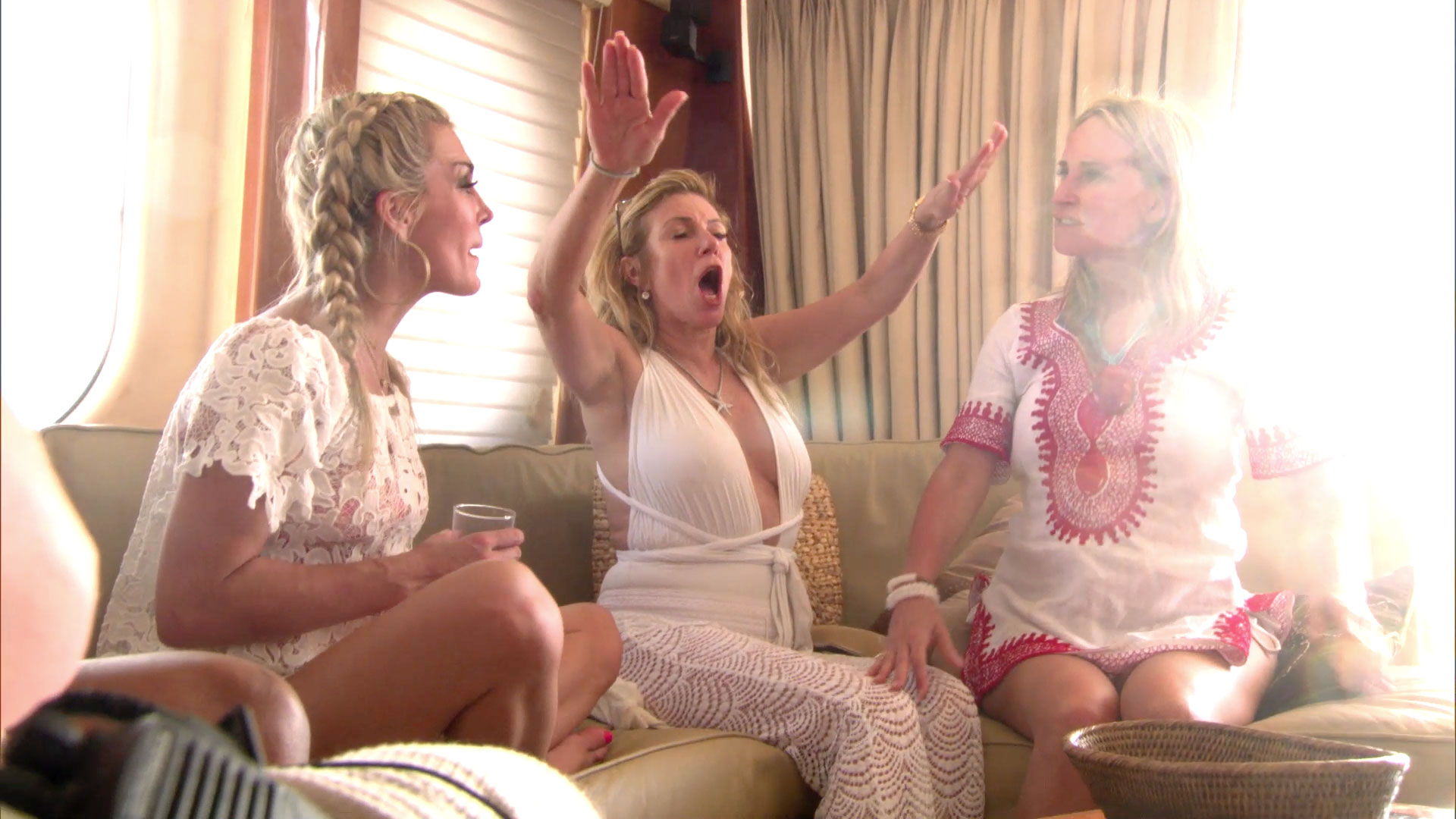 New York is filled with stylish Texans this week as Fashion Week takes over the city. As such, The Real Housewives of Dallas pals have been brushing shoulders with 'Wives from New Jersey and New York, and this colliding of worlds included a meeting between LeeAnne Locken and The Real Housewives of New York City's Tinsley Mortimer. So, did the Dallas and Big Apple socialites hit it off?

On September 10, LeeAnne took to Instagram to post a photo of herself smiling with the New York blonde. In her caption, she wrote: "It's [New Friends Monday.] Absolutely loved chatting with [Tinsley Mortimer] at the [OK! Magazine] party during #NYFW."

Then, LeeAnne dove right into her honest character assessment of Tinsley: "She is as sweet as pie!" she wrote. Though it seems like LeeAnne would hang out with Tinsley anytime, though there is one stipulation in this blossoming friendship: "I am NOT letting [Tinsley] book any cruises for me! LMAO," the Dallas 'Wife wrote. (Flash back to that RHONY Season 10 moment in the clip above.)

It’s #newfriends #monday 💖 Absolutely loved chatting with @tinsleymortimer at the @okmagazine party during #NYFW! She is as sweet as pie! Although I am NOT letting her book any cruises for me! LMAO 😂 Super Smart girl- now she will never have to be in charge of a cast trip again! 🙌🏼🙌🏼 .. .. Monday is a NEW Start to a NEW Week filled with NEW Victories!! Get out there are make your dreams come true! ❤️💋 .. .. #rhod #rhony #realhousewivesofnewyork #realhousewivesofdallas #realhousewives #okmagazine #party #nyfw #mondaymotivation #mondayquotes #mondaymood

Fair enough! Maybe Tinsley can just go visit LeeAnne in Dallas someday — and they can stick to dry land.

The Real Housewives Kick Off Fashion Week in Style