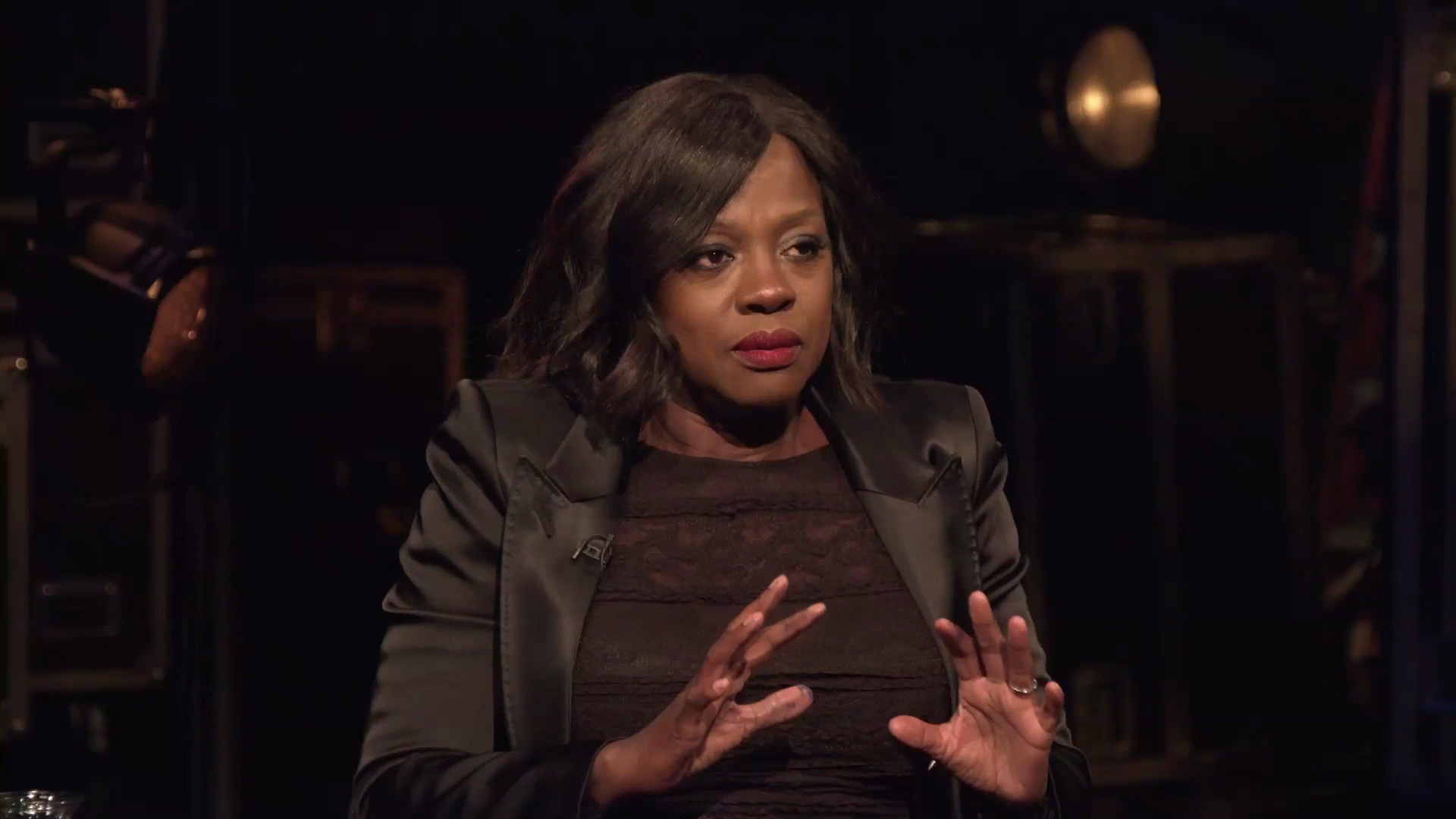 Time is quickly running out this season on How to Get Away with Murder. The pressure is on for Annalise Keating (Viola Davis) and her team to track down the person — or persons —responsible for the death of her student, Wes Gibbins (Alfred Enoch), whose shocking and emotional murder this season has not only left fans shaken, but also the law students who work for Annalise. However, they aren't the only ones trying to pull themselves together in the wake of the show's most surprising death to date. Bonnie Winterbottom, Annalise's right-hand woman, has had to step up and fill in Annalise's designer shoes as she faces murder charges. It's also been an interesting turn for Liza Weil, the actress who plays Bonnie.

"I can tease a few things for you that run pretty deep. I mean Bonnie is going to have to navigate quite a few obstacles as Annalise's lawyer and their relationship dynamic has shifted as Annalise is pretty much hitting rock bottom now," Liza told The Daily Dish recently. And as the series looks to answer some questions during its February 23 Season 3 finale, Liza said it's been a blast to put her boss hat on.

"It was very fun. I do think that in terms of Bonnie, I do think it's something that she's wanted for a very long time. I think to really sort of find her own way into that new role in this scenario, she's up against a lot of stuff. It will be interesting for viewers to watch that struggle."

No, Paris Geller Doesn't Know Who Rory Gilmore's Baby Daddy Is Either

Bonnie is most struggling to try and wrangle Annalise's beloved law students and keep them out of trouble — especially Laurel Castillo (Karla Souza), who is pregnant with Wes' baby.

"Those meddling kids! They are losing sight of what's important a little bit, but it's an interesting dynamic sort of watching all those relationships as well because I do think that they have become so bonded but there is still a big distrust among the ranks of who knows more and they are trying to save their own skin," she said. "And I'd say they're a little bit more mercenary than Bonnie, Frank [Charlie Weber], and Annalise, who they're always fighting for the group so it does feel very different."

While we may or may not learn who killed Wes during the finale, one thing is for sure: Liza will definitely miss having Alfred on set. "Wes is sort of a very pure soul and it's confusing for me to talk about because Alfie is also one of the most delightful people that I've ever met — and just very caring and funny and cherubic," she said. "And I think that his energy and what he brings to all of us day in and day out is gonna be very hard to be without. It has changed the dynamic on set very much. We are feeling that loss pretty intensely."

RIP, Wes. You and those adorable dimples will be missed for sure.

All Posts About
Viola Davis
Beyond Bravo