It may seem like Madonna's life is a mystery, but if there's one person who knows the Queen of Pop inside and out, it's her close friend, actress Debi Mazar. The two became pals years ago, which meant Mazar was ripe for questioning by Madonna superfan Andy Cohen on last night's Watch What Happens Live.

After looking back at all the Madonna videos Mazar has appeared in over the years, Cohen put 45 seconds on the clock and grilled his guest with all his Madonna questions.

What smell reminds Mazar of Madonna? Gardenias. (Well, we knew it wasn't hydrangeas.) Have the pair ever gotten in a fight? "Many," Mazar admits. "We're both Leos."

Then Cohen got really personal: Who does Mazar think was Madonna's true love? After a long pause, she says, "Sean [Penn]." The two married in 1985 and officially divorced four years later, but are still in touch today. (Last year the actor/director was spotted rocking out at his ex-wife's MDNA Tour stop in Los Angeles.)

And has Madonna ever stolen one of her BFF's boyfriends? The answer is yes, she tried to! His name was Randy and he was a graffiti artist (who is now happily married with children—to someone else entirely.)

Mazar also revealed she and her chef husband recently cooked Madonna a "kosher Thanksgiving" at the star's request.

Watch Debi Mazar dish on all things Madge and tell us in the comments: who was Madonna's best romantic match? 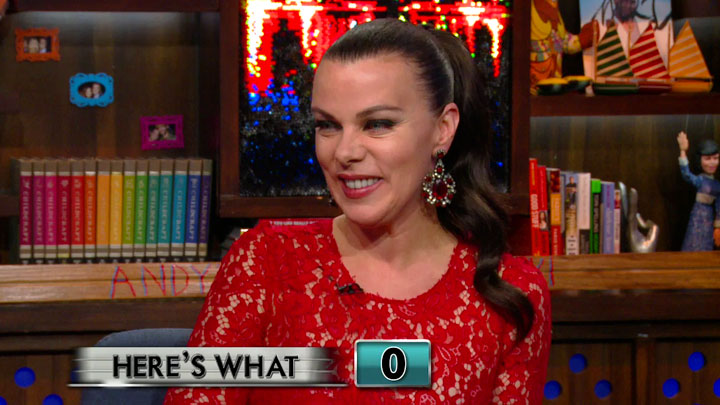