Last night's pair on the hot seat — Lucy Liu and Malin Akerman — did their best to answer honestly. "I had a huge crush on Jack Tripper from Three's Company because he was so funny," Liu admits. (Too bad she missed Suzanne Somers by one day!). Malin Akerman's response: "Steve Martin. Is that really weird?"

But it was Akerman's reply to Cohen's next query that really had the host amused: What was the last text message you sent? Liu's was a business-related note, but Akerman's was a bit more interesting. "Mine was, 'Did he poop?' to my husband," she says. (Her baby boy was born in April.)

And if that wasn't enough, when asked to name her favorite planet, Akerman didn't skip a beat: "Uranus."

Watch Lucy Liu and Malin Akerman answer Andy Cohen's ridiculous questions in 'Outside the Actors Studio' and tell us in the comments: which guest gave Andy the best responses? 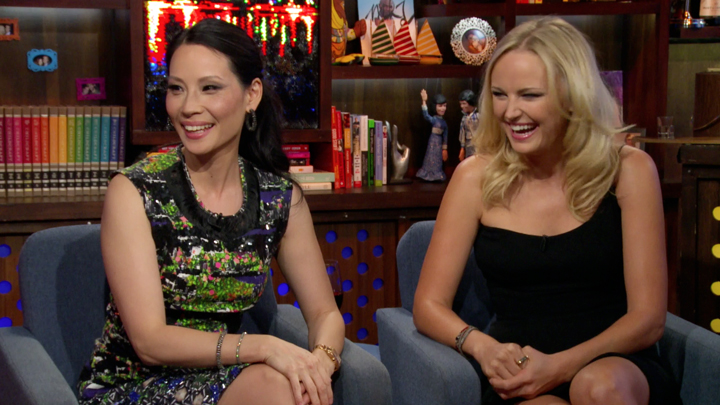