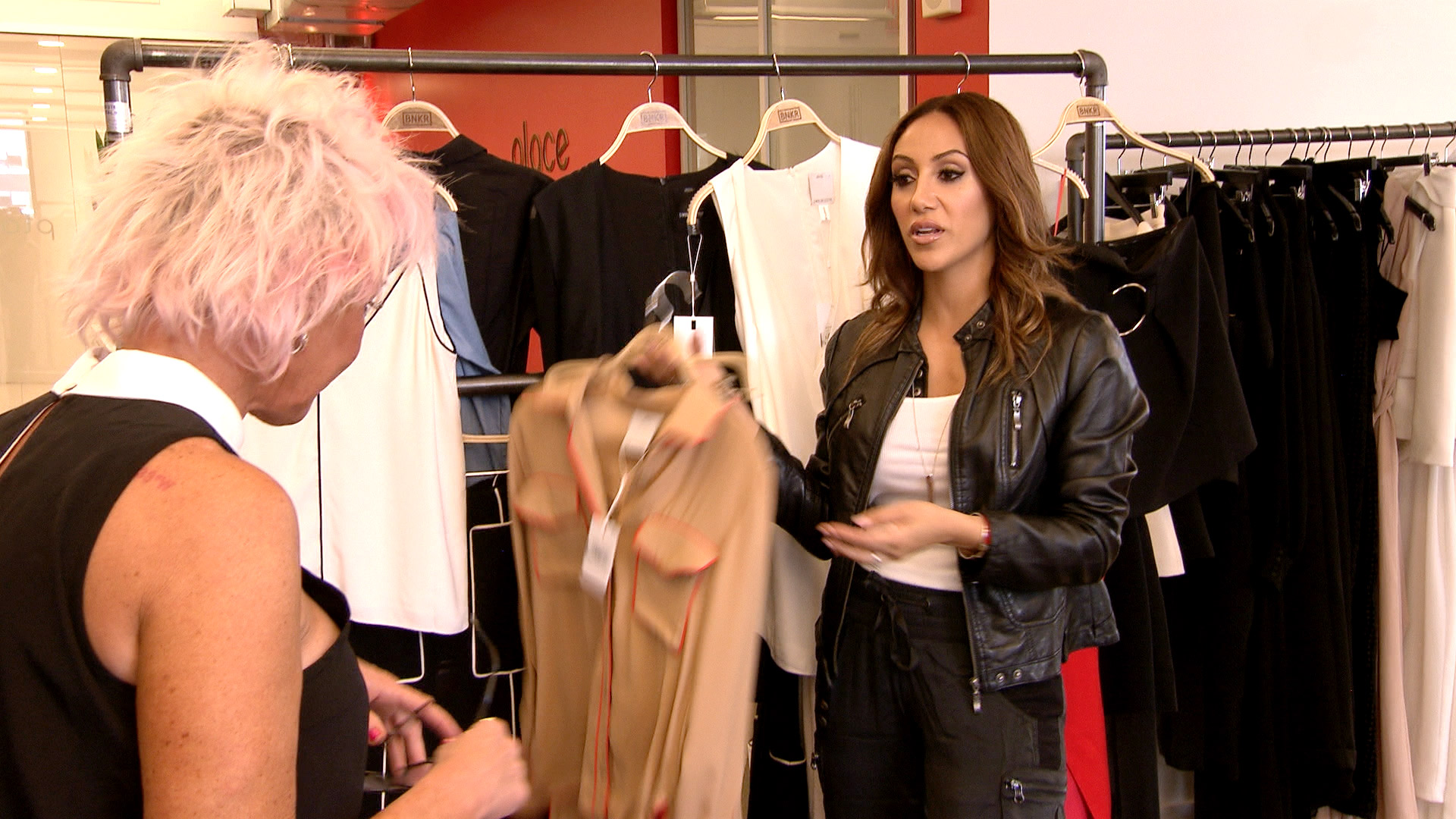 Melissa Gorga has been hard at work getting her boutique Envy off the ground this season of The Real Housewives of New Jersey. But that hasn't been easy, especially since Melissa as she's had to rely on her husband Joe Gorga to help take care of the kids while she's at the store, much to his chagrin.

Luckily, Melissa hasn't had to forge this new path on her own. She's had the help of her business partner Jackie Beard Robinson. "I respect her a lot, and I like her demeanor with people. I like the way that she dresses, and I like her ideas. Like, when she told me about her inspiration with Envy and what she wanted to put in it, I could really envision that being a great thing in New Jersey. I just could see that that could be a real winner," Jackie recently told The Daily Dish over the phone. "She watches, and she observes. She knows her market. She knows what she can sell."

The pair first met when Melissa walked in to Jackie's boutique in Delray Beach, Florida, Ginjer (now known as Atmosphere on the Ave) with her husband Joe. "They came in, and I was like, 'Oh my God. It's Melissa Gorga and Joe Gorga,'" Jackie said.

The two hit it off and kept in touch over the years, with Melissa even doing a photo shoot for Ginjer in the Bahamas. Melissa eventually approached Jackie, who has a background in marketing and sales in the fitness industry, with the idea for Envy. Given her busy schedule as a mom and wife, Melissa thought it would be good to have Jackie's help in opening up the store. "I thought about it, and I said, 'Yeah, I like challenges and this should be one,'" Jackie said. "She's a very good friend of mine. She's a dear person to me. And I love Joe. He's very funny, so it was a good combination. It was a good thing. I think we've done well together."

Though making the transition from friends to co-workers can be challenging, Jackie said that it has only strengthened her relationship with Melissa. "I just have a deeper respect for her now even more because she is really a great person. She's a hard worker," Jackie explained. "I'm really impressed with the way she listens to what we have to advise her, the advice that we give her from a business standpoint. I respect her a lot because she does put in the effort. She's in the store. She actually works in the store. She works a lot outside of the store. So she's pretty amazing to me. I've only grown to like her even more after working with her, I've got to say."

If you think Jackie's affinity for tutus wouldn't mesh well with Melissa's love of more form-fitting dresses, you'd be wrong. "My philosophy with clothes is me, I can change my mood without actually changing who I am. I love to make people smile, and so many times when I put that tutu on, people just do smile. They can't help it," Jackie said of her personal style. "Melissa's probably pretty much the opposite end of the spectrum, but together we're great."

However, the road to Envy's opening featured earlier this season of RHONJ hasn't been completely bump-free. We did see Jackie and Melissa butt heads a bit over the boutique's budget (clip above). "That was from earlier on when we were just opening, and we were still trying to discover who our clientele was. It's a little stressful when you don't know your clientele and you're trying to budget your money so you can reach all walks of people," Jackie said. "We've had that discussion, and we still have that discussion, and it's a discussion that we'll probably always have. But we respect each other's opinion about it. We always meet somewhere in the middle. That's the good thing. We get it. We understand each other."

As a fan of RHONJ, Jackie admitted that it's difficult to watch Melissa become involved in drama on the show, especially when there's false accusations made about her. "I take it with a grain of salt," Jackie said. "I just don't want things to bother her because she's too good of a person to let that crap bring her down. And she won't let it bring her down."

Jackie said she's still getting used to being in the spotlight on RHONJ herself. "I'm a very busy person, and when I started doing this, I don't think it was really meant for me to be that much involved with it because I was just there. I didn't really pay attention to the cameras, and now I'm like, 'Oh my God, I'm on national television. Why didn't I fix my hair better? Why didn't I do that? What am I thinking?'" she said. "So I think it's been a bit of an eye-opener." 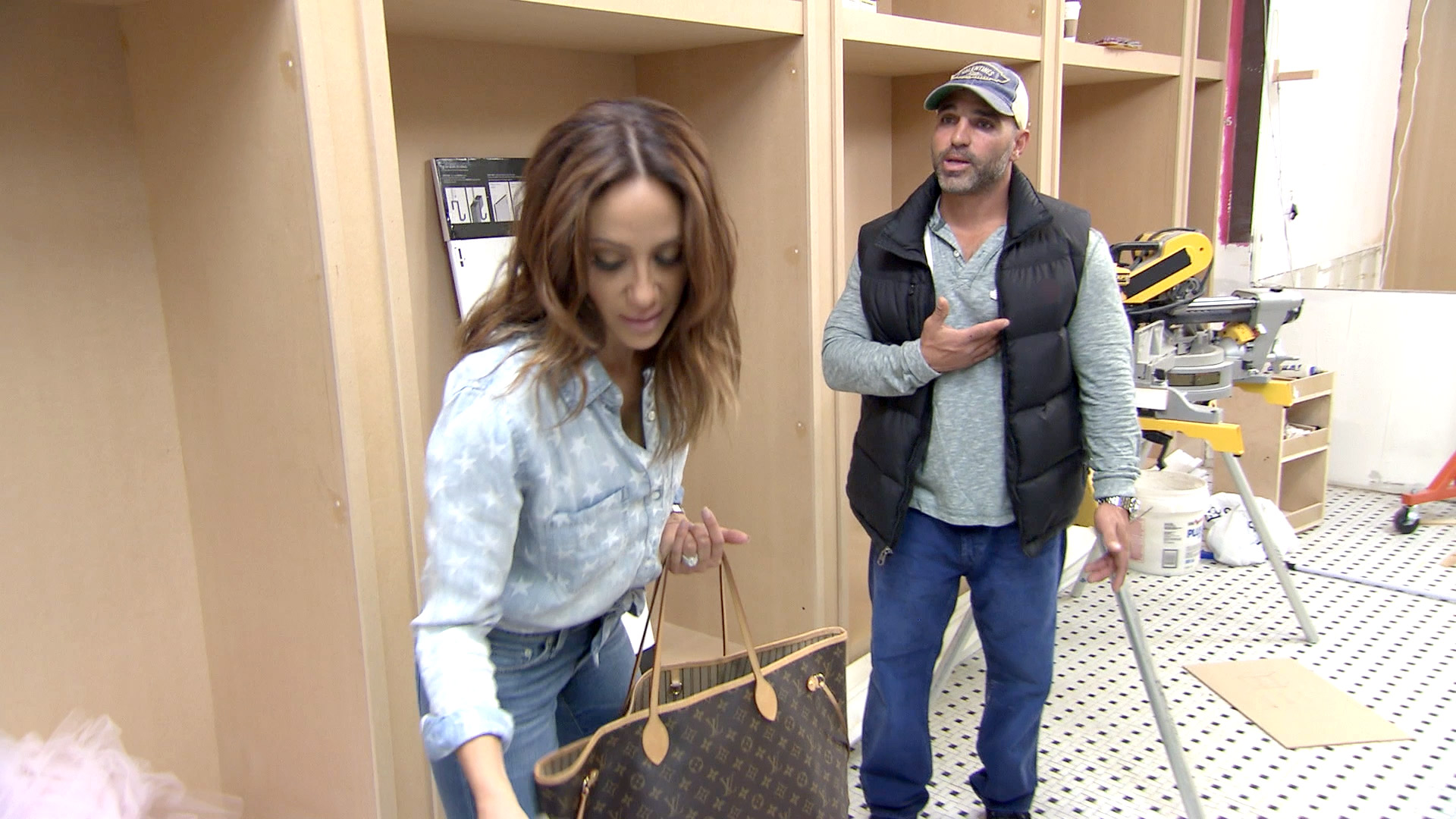 Jackie said she is also a fan of Melissa's RHONJ castmates. She said she had previously met Dolores Catania, but she's gotten to know her more since being a part of this season, as well as Siggy Flicker and Teresa Giudice. "I really enjoy the Housewives of New Jersey because in all honesty, they're a great group of girls. They really are a great group of people," she gushed.

But whether or not she's in front of the camera, Jackie is focused on the future of Envy. The boutique recently started offering shoes and is looking into organizing pop-up shops during the upcoming holiday season and next summer. "I'm really looking forward to these things," Jackie said. "[They're] things I've never done, so it's going to be all new, but I'm ready for the challenge."

While we wait to see what the future holds for Envy, take a nostalgia trip through Melissa's fashion evolution, below.

Before They Were Housewives: Melissa

Melissa Gorga Put Joe to Work on Her New Boutique

Teresa Giudice and Melissa Gorga Look Closer Than Ever