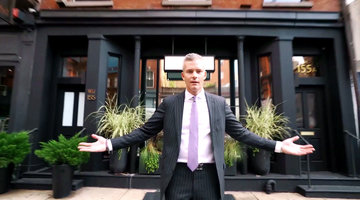 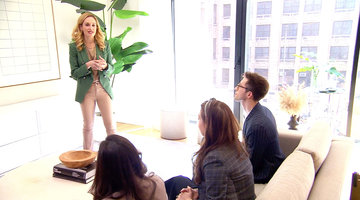 2:17
Preview
Kirsten Jordan Hand-Selected These People for Her New Team

2:34
Preview
Steve Gold's Open House Is the Culmination of Years of Hard Work

Million Dollar Listing New York is back! The series returned for Season 9 in an action-packed May 6 premiere, in which viewers were introduced to new cast member and MDLNY’s first female broker, Kirsten Jordan. The episode also featured a listing that Ryan Serhant described as “the most badass single-family townhouse” he has ever seen, and a whole new look for Steve Gold. But among all of the brand new things viewers were introduced to, there were also a few familiar faces.

The Real Housewives of New York City alum Kelly Killoren Bensimon, who just recently joined the world of real estate as a broker, made an appearance at one of Tyler Whitman’s open houses. She shared a bit about her experience entering the industry, saying, “It’s so fun! Everyone is so nice,” which was a statement that seemed to surprise Tyler.

Nile Lundgren from Camp Getaway also was in the episode, as he’s now a broker at Ryan’s company, Serhant. Nile was seen in attendance at one of Kirsten’s showings at 403 Greenwich, the penthouse apartment she’s trying to sell with her real estate developer husband, Stefano Farusra.

Nile and Kelly aren’t the only Bravolebs that will make an appearance this season. RHONY alum Dorinda Medley was also spotted in the MDLNY trailer, which you can check out, above.

Steve Gold's GF Had a Shocking Reaction to His Shaved Head