Sign Up for Free to View
Did Monique Samuels Throw Candiace Dillard Under the Bus?! 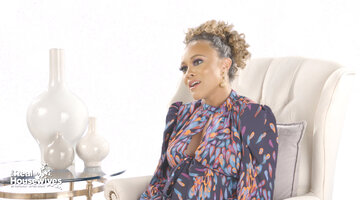 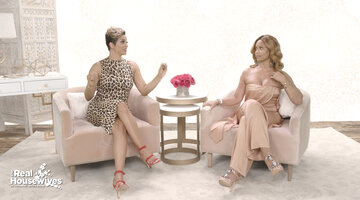 3:22
S4 - E9 | Part 3
Why Did Ashley Darby Re-Enter Candiace Dillard's Home After Getting Kicked Out?

The sexual assault allegations surrounding Ashley Darby's husband Michael Darby were definitely on everyone's minds this season of The Real Housewives of Potomac, even when the case was eventually dismissed. At Katie Rost's hoedown, Candiace Dillard Bassett told Ashley that Monique Samuels had been talking behind Ashley's back. So when Candiace texted Monique to discuss the case, Monique made the decision to show that text conversation to Ashley. On The Real Housewives of Potomac After Show, Monique explained why she revealed the text exchange.

"Ashley was being told different things while we were at Katie's event so when I had her one-on-one, I wanted to show her the text message conversation because at the end of the day, that's a private conversation. If I wanted to be shady, that would've been the perfect time to be shady, in my text message exchange," Monique said. "I wanted to show her: this is the conversation that happened and no, if I said that I was sincerely concerned about what was going on, I mean that. I wasn't laughing and joking about it. It never was a laughing matter to me."

Of course, Candiace viewed it differently: "My immediate thought was: a miniature betrayal. Because that's not something that I would ever do," she said.

Ashley weighed in on Monique's decision and how she feels about her as a friend now in the video above. And check out RHOP every Sunday at 8/7c. Preview, below.

Did Monique Samuels' Water Just Break?!
Life is better as an Insider
Bravo Insider is your VIP pass to never-before-seen content, exclusive giveaways, and so much more!
Sign Up for Free
All Posts About
Ashley Darby
Candiace Dillard Bassett
Monique Samuels
The Real Housewives of Potomac
RHOP After Show
Michael Darby
Related

Is There Footage of the Alleged Michael Darby Incident?