NeNe's Back in the Clubhouse for a Special 'WWHL'

Andy Cohen and NeNe Leakes have so much to discuss!

The Watch What Happens Live host and the Real Housewives of Atlanta star will catch up this Sunday immediately following a very anticipated episode of RHOA. From the escalating beef between coworkers Claudia Jordan and Porsha Williams to the crumbling of Phaedra Parks' marriage to Apollo Nida, there will be plenty for the always-opinionated NeNe to weigh in on.

The last time NeNe visited the clubhouse, fans watched stunned as NeNe and frememy Kim Zolciak-Biermann kiki'd as if NeNe had never called Kim a "dirty, low-down monkey with a wig on." The two original Atlanta Housewives both agreed that time has healed those wounds, so much so that in a round of "Plead the Fifth," Kim asked NeNe which of the names she called her was her favorite. NeNe's pick? Trashbox. 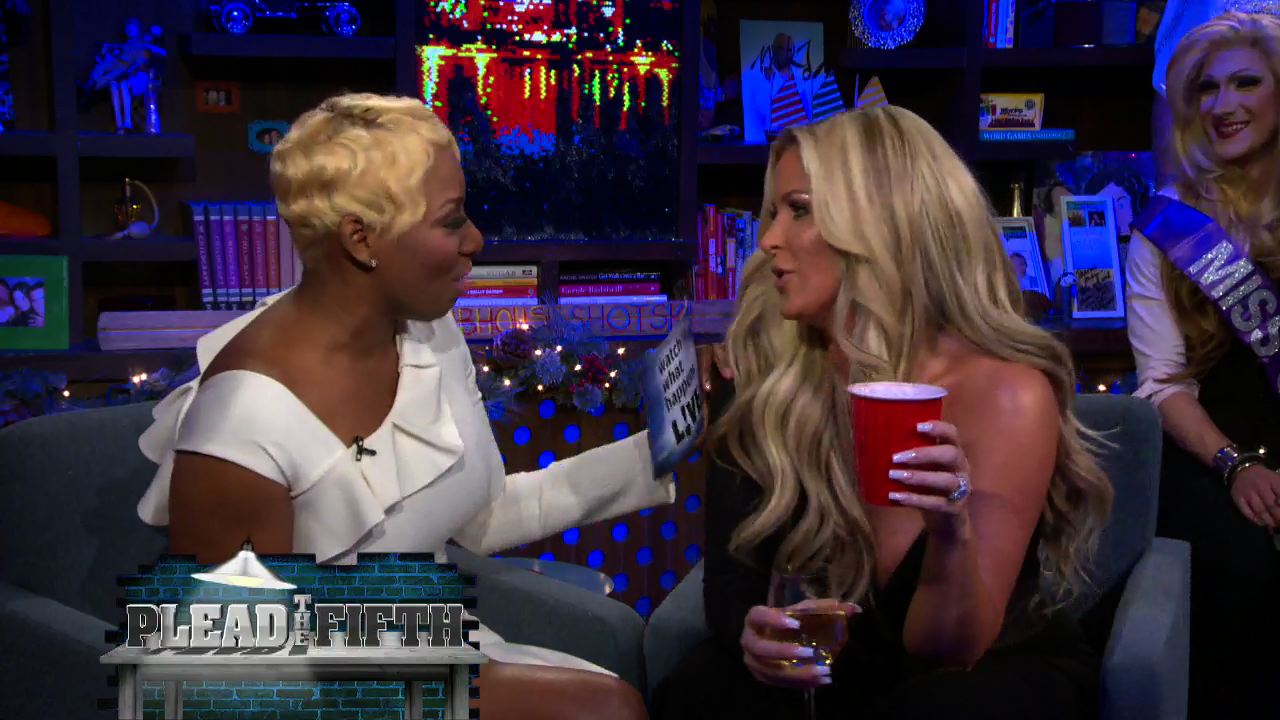 But Kim thanked NeNe when she admitted that commanding her, "close your legs to married men" during the season one reunion was something she'd like to take back. NeNe also copped to jamming out to "Don't Be Tardy for the Party."

"I thought it was a fun song, honestly," she told Kim, " who came up with all of the questions, "I have to say I clapped and tapped my toe when I heard it in the club."

Tune in to the special WWHL episode Sunday at 9p ET.

Before They Were Housewives: NeNe

The Ultimate Housewives in Bikinis Gallery