For many, the biggest game of the year doesn't involve sweaty men trying to put an oddly shaped ball in between two uprights, but rather many adorable puppies frantically chasing each other around a room. Animal Planet's Puppy Bowl has become a hugely popular TV event on Super Bowl Sunday, and the perfect alternative to those disinterested with the big game. (Or, the cutest pregame ever.)

This year's starting lineup includes one very special pup, named after a human who is near and dear to our hearts: Andy Cohen. The 16-week-old female Havanese hails from Florida Little Dog Rescue in St. Cloud, Florida and will be playing for Team Ruff. We have a feeling the Watch What Happens Live host will approve.

But Andy Cohen isn't the only dog with a Bravo edge who will be suiting up this year. Meet Team Fluff's Countess, a 19-week-old English Bulldog (who also happens to hail from Florida Little Dog Rescue). Between the Puppy Bowl and American Horror Story, it's clear the influence of Countess Luann de Lesseps is alive and well.

The Puppy Bowl airs Sunday, February 7 at 3/2c. See our Andy and his favorite dog, Wacha, below.

And watch Andy and Sarah Jessica Parker discuss their doggie dates with Wacha and her pup, Kissy. 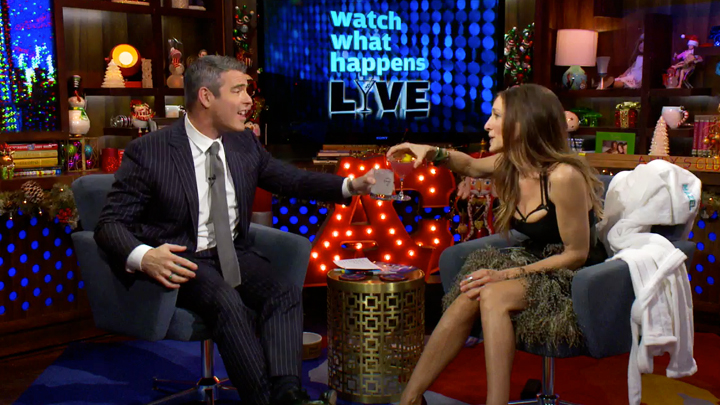 Wacha Reveals His Best (and Worst) Celebrity Encounters from #WWHL