Photo Exclusive: Here's How the RHOD Cast Got Ready for the Season 4 Reunion 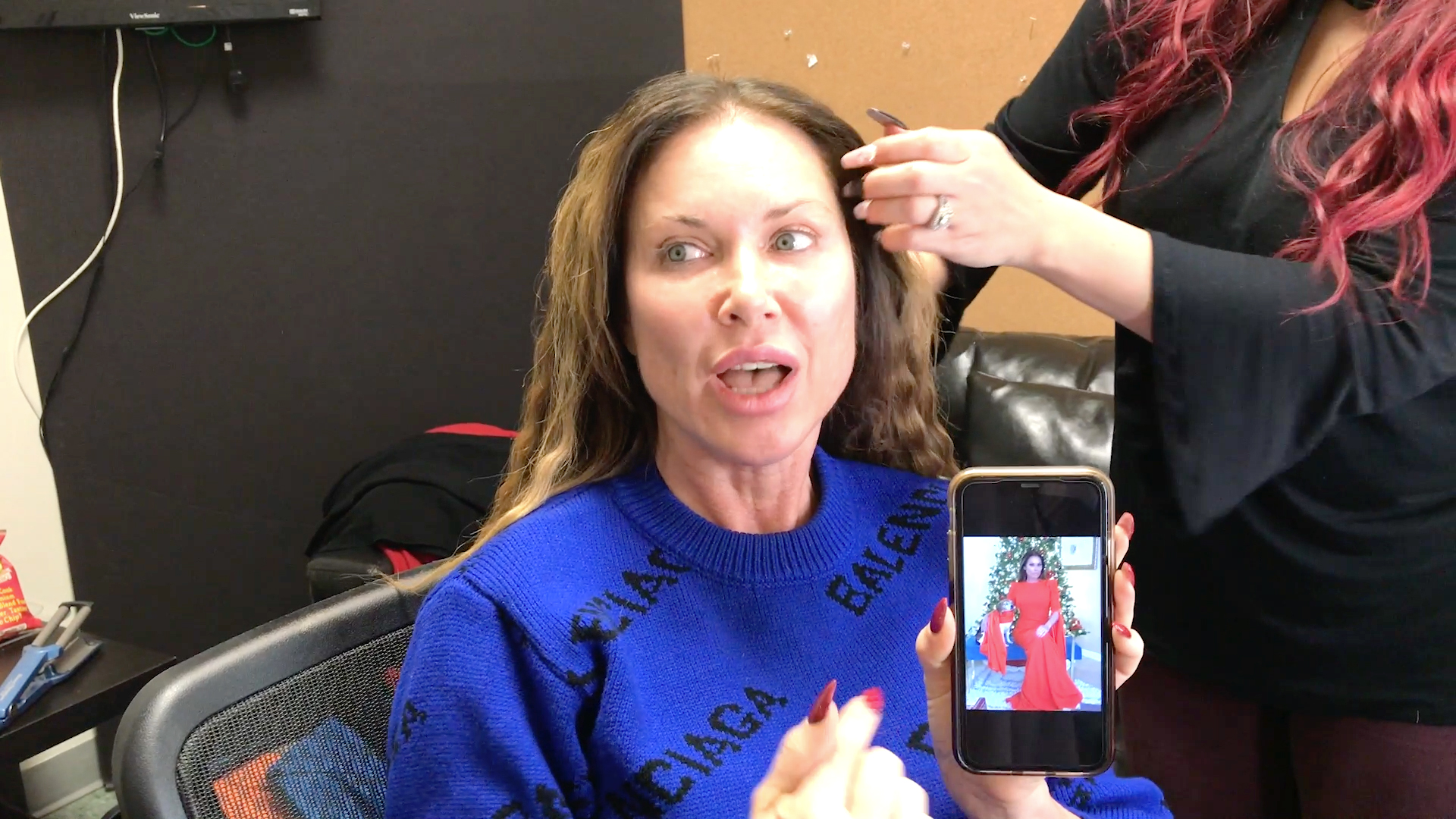 Season 4 of The Real Housewives of Dallas has been a complete rollercoaster. Between rocky relationships, questionable decisions, and some fiery arguments, the ladies have been through a lot. And with the reunion approaching, we're ready to see the cast rehash those major moments from the season. With all that in mind, it makes you wonder: How do the Dallas 'Wives prep for such a big day?

Well, thanks to Bravo Insider, we have an exclusive first look at how it all went down — at least in terms of glam. Take a look at never-before-seen photos from the Housewives' dressing rooms to see what goes into creating an unforgettable reunion look, and what happens before the cameras start rolling.

Could that be a mimosa in Brandi Redmond's hand while she gets her hair and makeup done? Honestly, we couldn't think of a better time to have one.

D'Andra Simmons and her high pony were ready to slay the reunion — but the real game-changer was her sultry, garnet smoky eye.

What could Stephanie Hollman be laughing at? Maybe we'll hear about it on the reunion stage.

Kary Brittingham looked fierce as she got her hair teased and smoothed for the perfect look.

Once her makeup was done, LeeAnne was all smiles. The Dallas businesswoman was ready for anything to go down on that reunion stage.

Talk about some backstage support! We love a good Bravo merch moment.

Kameron brought out a secret weapon: A tiny nip of Tito's vodka. Did she hide it in her couture dress?

Stephanie and Brandi got their glam done together, of course. That's just what besties do.

D'Andra was an absolute vision in her red, asymmetrical dress and full ponytail. Meanwhile, her hairstylist was on a mission to lay down every fly-away in sight.

Kary stepped out in her unique feathered dress, but not before getting some finishing touches done to her sleek side part.

D'Andra had all the bling. Red on red on red, and that manicure was just the (glittery) cherry on top!

Brandi struck a silly pose as her glam team helped put on her choker necklace.

Finally, the RHOD ladies were camera-ready. We're expecting the Season 4 reunion to be the best one yet!

Don't forget to check out the Dallas 'Wives' final looks, and watch Part 1 of The Real Housewives of Dallas Season 4 reunion on Wednesday, January 1 at 9/8c. Catch up on Season 4 on the Bravo app.

The Dallas Reunion Manicures Are on Another Level