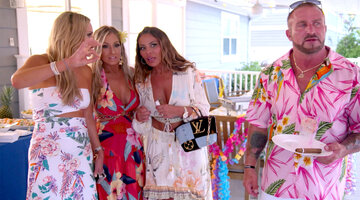 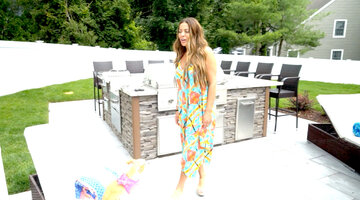 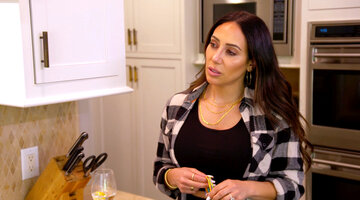 The Real Housewives of New Jersey Season 13 premieres in less than a month, but there’s no telling how long the rift between the Giudice and Gorga families will last.

The latest update on the strained relationship came during the January 12 episode of Melissa Gorga’s podcast. Discussing some of what was teased in the RHONJ trailer, she and her husband, Joe Gorga, revealed that they were particularly upset to hear Teresa Giudice declare, “[Melissa]’s always wanted to keep my brother and I apart. She got her wish.”

“Like, really? What I wanted?” Melissa said. “Or what someone has created and literally placed in our hands?”

“It’s such a joke to me to hear those words,” she added, explaining that her and Joe’s current situation with Teresa and her family is actually “opposite of what I’ve always wanted and what I’ve always tried to do: move forward and forgive.”

“I’m not saying I’m perfect by any means or I have done nothing wrong, because I have,” Melissa continued. “But I’ve definitely been smacked around and come back for more and tried again.”

She went on to recall the Christmas when Teresa was released from prison. “Her and I had a talk washing dishes in my kitchen and I said, ‘Let’s never let anyone get in the way of us again. Let’s never do this again.’ I meant that,” Melissa said. “Like, [when] I’m done, that means I’m done — I’m not mad at you for what you did last year; don’t be mad at me for decisions I’ve made in life. When I say I’m gonna move on, I’m not gonna be mad at you in two months for something that you did three years ago that we already talked about.”

Melissa didn’t specify what she was referencing when expressing her disappointment in “so many things getting re-brought up” at the moment, but Teresa recently revealed that she was watching early seasons of RHONJ because she “wanted to educate” herself on past encounters with Melissa and Joe.

RHONJ Season 13: Where the Cast's Friendships and Relationships Stand

Teresa, however, wasn’t the only RHONJ cast member that Melissa and Joe discussed. “There’s other cast members that you’re gonna see this season that I get close to, that I open up to, that I let in again and really truly try,” Melissa teased. “And once again, I get slapped in my face.”

That’s not to say she doesn’t stand up for herself, though. Melissa said she and Joe “put on our big-girl panties” and were “done taking the bulls--t.”

“You’ll see that from Joe and I both,” she added. “We don’t hold back this season. We speak our minds.”

That, and keep the focus on their own family. “I’ve decided our kids are getting older, there’s a lot going on in our lives,” Melissa concluded. “It’s time to worry about us.”

The Real Housewives of New Jersey Season 13 premieres Tuesday, February 7, at 9 p.m. ET/PT with a 75-minute supersize episode. Each week, the episode will stream next day on Peacock.

Did Melissa and Joe Gorga Give Teresa Giudice a Wedding Gift?
Life is better as an Insider
Bravo Insider is your VIP pass to never-before-seen content, exclusive giveaways, and so much more!
Sign Up for Free
All Posts About
Melissa Gorga
Teresa Giudice
The Real Housewives of New Jersey
Joe Gorga
Related