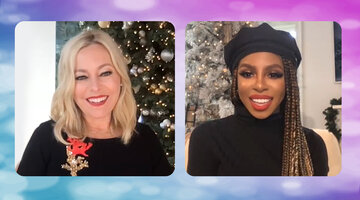 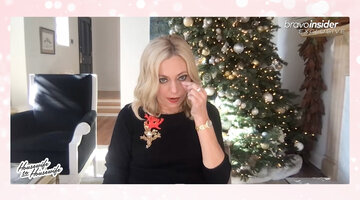 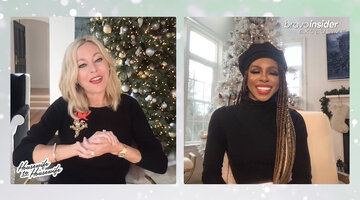 This marks the second marriage for Teresa, who was previously married to Joe Giudice for two decades. They finalized their divorce in September 2020. Together they have four daughters, Gia, Gabriella, Milania, and Audriana, all of whom were in attendance and served as bridesmaids. PEOPLE reports that Louie's sons were also in attendance at the wedding, which was officiated by Louie's sister, Dr. Veronica Ruelas. All their children participated in the ceremony by joining the newlyweds in lighting unity candles.

The publication also reports that there was a special nod to Teresa's late parents: she walked down the aisle to  "Ave Maria" in honor of them. PEOPLE adds that Teresa said in her vows to her new husband, "I will love you for a million tomorrows."

Teresa and Louie began dating in July 2020 after first meeting at the Jersey Shore (in fact, the couple recently headed back to the spot and shared the moment on Instagram!). Their wedding took place less than a year after Teresa confirmed her engagement to Louie. He popped the question during a trip to Greece along with Dina Manzo and her husband Dave Cantin. While the newlywed's relationship, and even the wedding planning, sometimes stirred up some drama and opinions along the way, ultimately Teresa and Louie's love bubble couldn't be popped and they wed in front of loved ones on Saturday.

It's been a happy time for Teresa. Just days before they said "I do," Teresa's friends gathered at a bridal shower that celebrated the RHONJ cast member's new chapter.

Teresa opened up about what it's been like to blend her family with Louie's family in an episode of Bravo Insider's Housewife to Housewife, which you can check out below. In the clip at the top of the post, Teresa shared more details about her wedding plans.

RHONJ is streaming on Peacock and available on the Bravo app.

Life is better as an Insider
Bravo Insider is your VIP pass to never-before-seen content, exclusive giveaways, and so much more!
Sign Up for Free
All Posts About
Teresa Giudice
The Real Housewives of New Jersey
Luis “Louie” Ruelas
Related

These Bravolebs Celebrated Teresa at Her Bridal Shower

Teresa & Louie Celebrate Their “Love Bubble” with Their Family