Sign Up for Free to View
Whitney Rose On Lisa Barlow's Plan to Apologize to Heather Gay: "We're About to Have a Dumpster Fire" 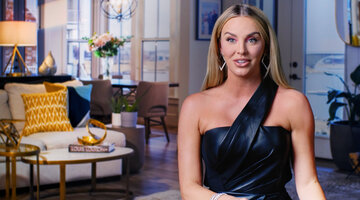 Now Playing
1:57
Preview
Whitney Rose On Lisa Barlow's Plan to Apologize to Heather Gay: "We're About to Have a Dumpster Fire" 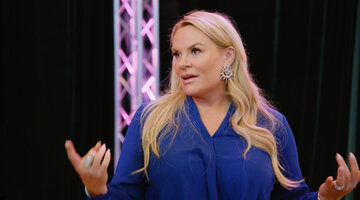 6:23
Preview
Heather Gay Wants to Reconnect with Her Spiritual Side: "I'm Taking a Little Piece of My Life Back" 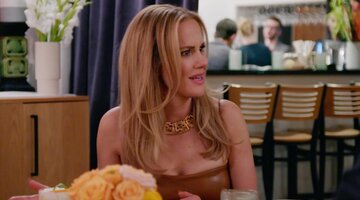 A storm may be brewing in Utah, based on this sneak peek of Wednesday’s all-new episode of The Real Housewives of Salt Lake City.

In the clip, Lisa Barlow is opening up to Whitney Rose about her “crazy week,” which she says can be attributed to Heather Gay. “I started getting a lot of negativity coming at me because Heather lied about me in L.A.,” Lisa says, adding that people online have been saying things like “‘Oh, you’re a horrible person’ and ‘How disgusting are you?’”

Whitney, for her part, is confused. “But retweeting Heather’s father’s obituary? I just want to understand why you feel like you had to prove a lie,” she responds. “Like, where is the lie?”

The alleged lie, according to Lisa, is this: “[Heather] lied and said that after her dad died, I sent her a message that said, ‘I hope your dad’s feeling better.’ That’s 100 percent a lie.”

And Lisa isn’t letting it slide. “I’ve let a lot of things go,” she says in a confessional. “This, I couldn’t let go, because it was kind of like the cherry on the icing on the topping of the cake for me. I’m not looking to go backwards with Heather, I’m just looking to set the record straight.”

Heather Gay Reveals Where She and Whitney Rose Stand Today

Back in conversation with Whitney, Lisa insists she has “every right” to defend herself.

“You do,” Whitney responds, “but it’s also fair to say that to an extent of not going below the belt.”

This Lisa agrees with. “Did I go about it the wrong way? One hundred percent,” she says. “I should’ve picked up the phone and called her, but the intention wasn’t to hurt her back, it was to clear my name.”

In an attempt to resolve their issues, Lisa reveals she’s going to show up at Heather’s upcoming choir auditions. Naturally, Whitney is worried, admitting in a confessional, “Lisa showing up could really only go one of two ways. It could turn into a s--t storm and everything starts on fire and burns to the ground, or we could be holding hands and singing ‘Kumbaya.’ I would bet that we’re about to have a dumpster fire.”

Only time will tell!

Is Whitney Rose Lying, or Is Heather Gay Covering Something Up?
Life is better as an Insider
Bravo Insider is your VIP pass to never-before-seen content, exclusive giveaways, and so much more!
Sign Up for Free
All Posts About
Heather Gay
Lisa Barlow
Whitney Rose
The Real Housewives of Salt Lake City
Related

Some New Intel on Whitney and Lisa’s Budding Friendship